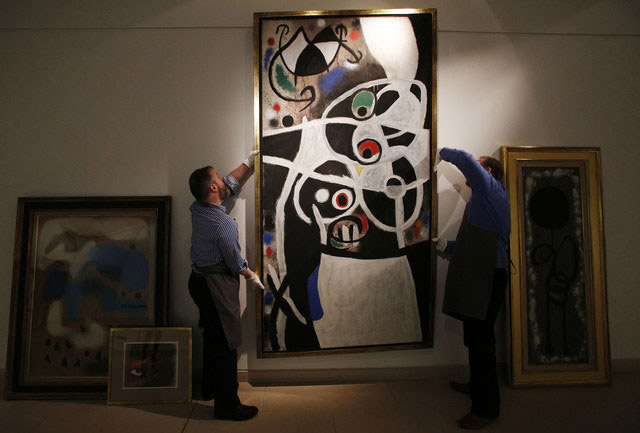 Due to legal uncertainties regarding the collection's status

London-based auctioneer Christie’s announced decided to withdraw from running a sale of 85 paintings by Joan Miró by the Portuguese government, citing “a dispute before the Portuguese Court, to which Christie’s is not a party”.

According to BBC, a court in Portugal had earlier rejected an injunction by opposition politicians attempting to block the sale, which aimed to recoup some of the millions the government lost rescuing the failed bank during the financial crisis.

In a statement, Christie’s said: “While the recent injunction to stop the sale was not granted, the legal uncertainties created by this ongoing dispute mean that we are not able to safely offer the works for sale. […]We have a responsibility to our buyers to be sure that legal title can transfer to them without issue. Since the court’s decision calls this into question at this time, Christie’s is required to withdraw the works from sale. […] We hope that the parties in this dispute can resolve their differences in due course.”