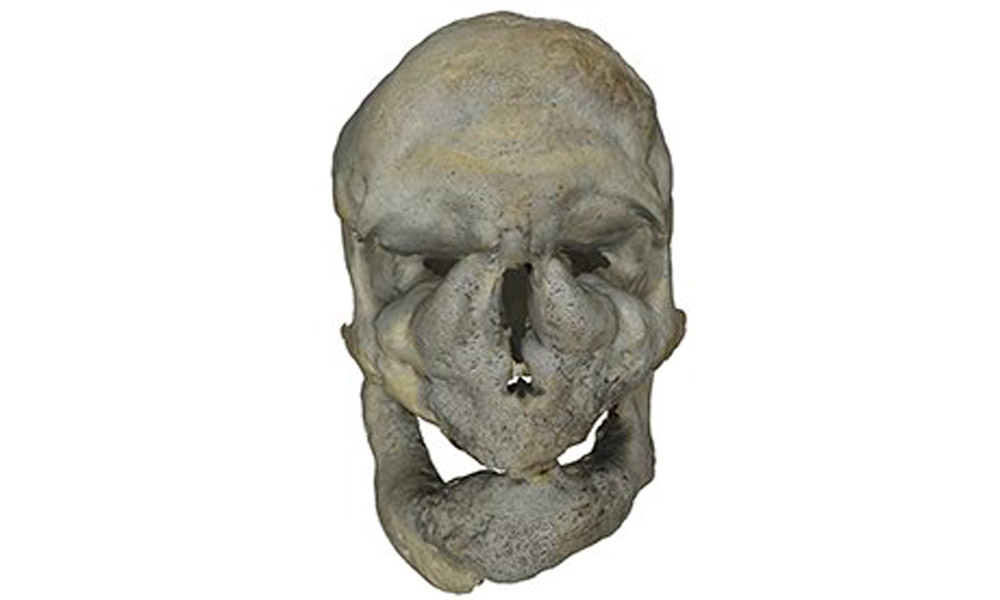 Beyond the Elephant Man: researching monsters

The bones of a young woman who died of syphilis more than 500 years ago, the reassembled jaw of a man whose corpse was sold to surgeons at the London hospital in the 19th century and the contorted bone of an 18th-century man who lived for many years after he was shot through the leg, are among the remains of hundreds of individuals available for forensic study through a new website.

The Royal College of Surgeons in London has launched The Digitised Diseases website, which includes 1,600 specimens of human remains from stores scattered across various university and medical collections. The original crumbling bones of some specimens now available in 3D scans are too fragile to be handled. So, the database allows professionals, as well as members of the public who may be fascinated by elements of the macabre  to investigate the story behind specimens, many of which come from people with excruciating conditions including leprosy and rickets. For free.

“We believe this will be a unique resource both for archaeologists and medical historians to identify diseases in ancient specimens, but also for clinicians who can see extreme forms of chronic diseases which they would never see nowadays in their consulting rooms, left to progress unchecked before any medical treatment was available. These bones show conditions only available before either by travelling to see them, or in grainy black and white photographs in old textbooks,” said Andrew Wilson, senior lecturer in forensic and archaeological sciences at the University of Bradford and the lead researcher on the project He added: “I do think members of the public will also find them gripping – they do have what one observer called ‘a grotesque beauty’.”

Some of the conditions were thought to have been almost eliminated but are now on the increase, including diseases of poverty such as tuberculosis and rickets.Another important fact about the specimens is that many of the individuals, including people who would have been bent double by spinal damage, or left too lame to walk or work, lived for many years with their conditions.

“If the vivid evidence of these bones flags up the importance of taking these conditions very seriously and tackling them early, so much the better,” Wilson said.

Part of the online collection comes from Bradford University, where the remains of 4,000 men, women and children dating back to Anglo-Saxon times are kept. Bones from the Battle of Towton, the bloodiest ever fought on English soil (1461) hold a special position in the Bradford collection. Those bones were consulted by the team which excavated the remains of Richard III in Leicester last year, as evidence of the terrible injuries inflicted on medieval battlefields.

Other specimens came from:

-the cemetery of a 12th-century hospital in Chichester that treated leprosy,

-a cemetery in Gloucester, churchyarded by Dominican friars, used between 1246 and 1539  and excavated in 1991. A skull showing signs of advanced syphilis, including loss of bone around the nose, jaw and cranium, of a woman aged between 18 and 25 has been found there.

-a previously unknown burial ground at the London hospital, and excavated in 2006 by archaeologists from the Museum of London. They were the remains of the unfortunate poor who died in the hospital and were dissected by its surgeons. They died in greater number than the hospital’s own anatomy school could use: some were sold to other hospitals, and body snatchers targeted the burial ground.

The Bradford team manage to reunite three fragments of the same jaw, found in a jumble of bones from many individuals tipped into the same grave, which showed clearly the straight cut marks of the anatomists: their 3D film of the reassembled jaw was seen in the Doctors, Dissection and Resurrection Men exhibition at the Museum of London last year. One long leg bone was evidently turned on a lathe – “for purposes we can only speculate on,” Wilson said.

“It’s important to remember that these are not just academic specimens, but the remains of real human beings – and in many cases it is clear that they were not just discarded as useless or shunned but accepted and cared for. This is by no means just a freak show.”