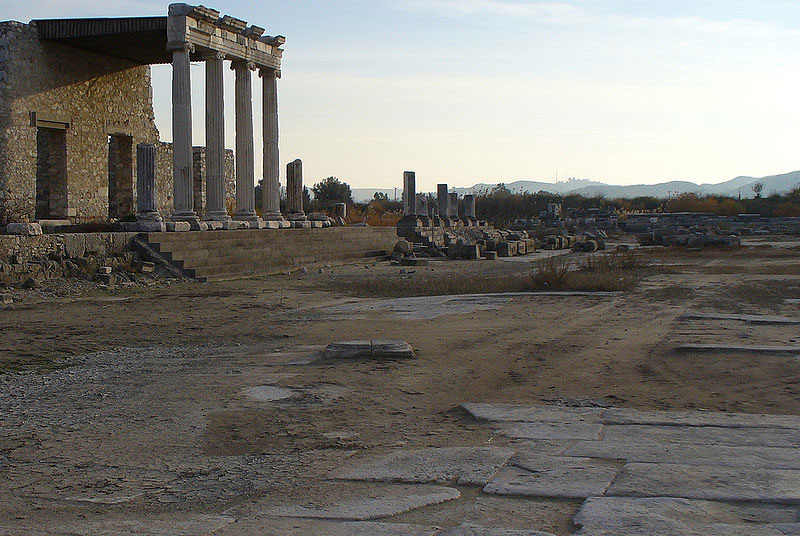 Alexander Herda (Humboldt University, Berlin / Marie Curie Senior Research Fellow at National Kapodistrian University, Athens) will give a lecture entitled “Thales or Hippodamos? Agora and town planning in Miletos before and after the Persian Wars”. The lecture will be given on Thursday, February 27, 2014, 6.30 p.m. at the Averof building (Amphitheatre 8) of the School of Architecture, National Technical University of Athens.

As Professor Herda will analyse in his lecture: “The polis state was the characteristic ancient Greek way of life, consisting of a religious and political center, and the chora as its surrounding territory, which included villages, farmhouses, cemeteries, and sanctuaries. The manifold process of its development covers the period from the downfall of the Mycenaean palaces around 1200 BCE to the 8th cent. By Homer’s time, around 700 BCE, the polis state was fully developed. The agora as open common space for religious and political meetings, formed a vital part of this rising urbanism. The other vital part was the organization of housing.

“Following the theories of Gregory and Urry on ‘social space’, we can understand the spatial structure of a polis as ‘a medium through which social relations are produced and reproduced’ (note 1). This theory enables us to interpret archaeologically detected spatial structures and its changes in a historical sense. In other words, to write history, where literary sources are missing or are at least very sparse. In a recent paper on the Greek Polis, therefore, John Nicolas Coldstream rightly criticized ‘the hardened sceptic(s) among ancient historians, who may doubt whether archaeological discoveries could possibly throw any light whatever on the genesis of a polis.’ (note 2)

“As a concrete case study, I will focus in my lecture on the prominent Ionian harbour city of Miletos, to prove that the spatial development of a city and its centre can help to write its history. In order to do so, I will concentrate on the implementation of the orthogonal grid-system, which despite the general opinion, is neither democratic nor an invention of the famous Milesian town planner Hippodamos. Instead, it can be dated to the first half of the 6th century BCE, and attributed to the allround genius Thales and his ‘Milesian School’ of philosophers, who may have created scientific town planning for the first time in western history.”