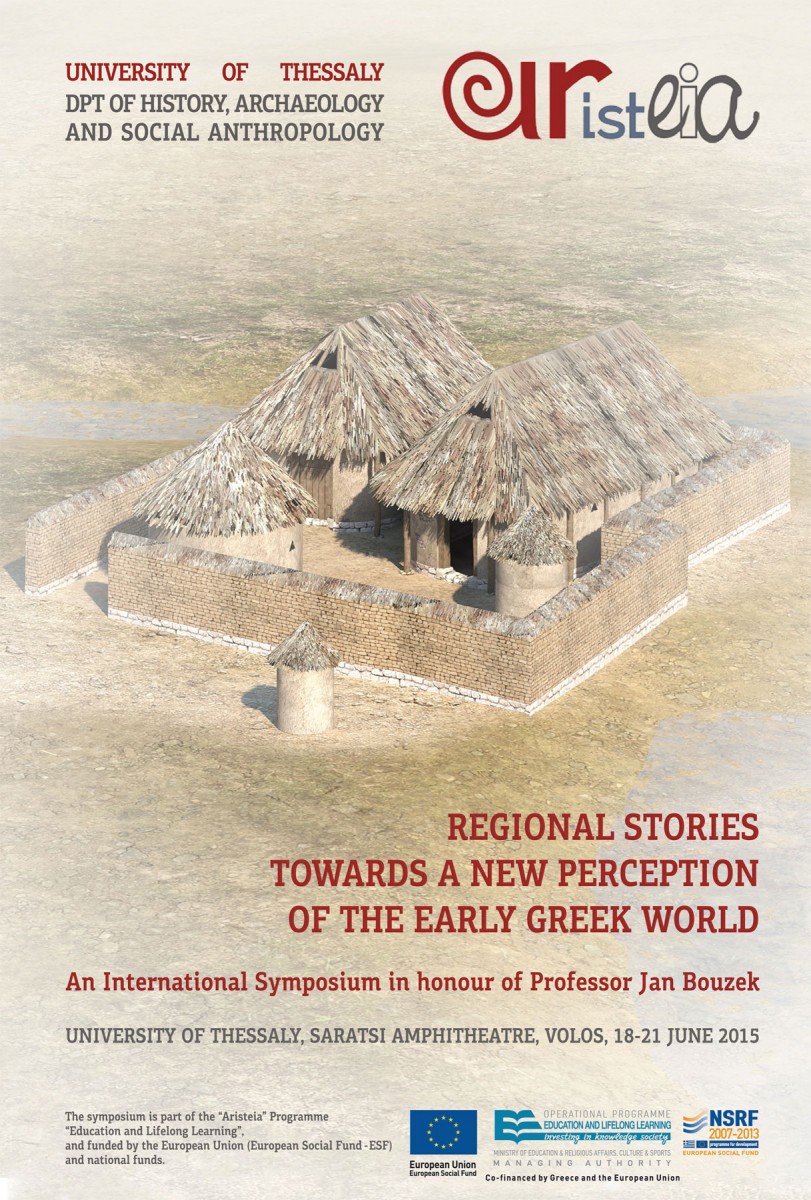 Regional stories towards a new perception of the early Greek world

From 18 to 21 June 2015 at the Saratsi Amphitheatre in Volos, an international symposium entitled “Regional stories towards a new perception of the early Greek world” is organised.

The aim of the symposium is on one hand to present original overviews, mostly geographical, of the current data from the entire Greek World, dating from the 10th to the end of the 7th c. B.C., based partly on the results of the research of the members of the “ARISTEIA” project or thanks to the expertise of the invited scholars.

A second aim of the symposium, is to present new evidence from important current excavation projects, thus highlighting the data published up to now.

The topics of the papers are drawn from the three axis of the “ARISTEIA” research project (Settlements, Sanctuaries, Cemeteries). The regional diversities or homogeneities, the interaction between the Greek and indigenous communities, the study of the Early Greek World independently from the chronological “divide” of ca. 700 B.C., the rise of the polis, are some of the suggested lines of inquiry.

The symposium is an occasion to honour an eminent scholar of the Early Iron Age, Professor Jan Bouzek.