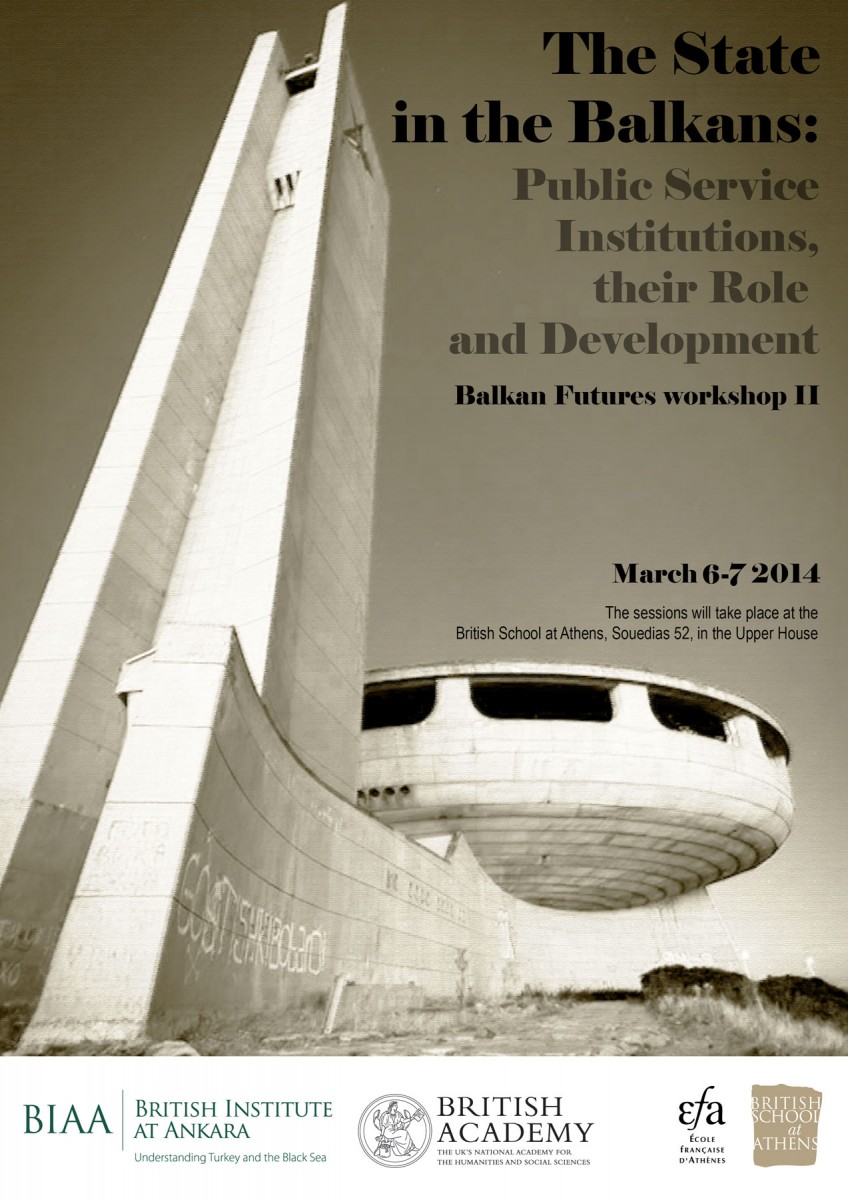 The State in the Balkans

“The State in the Balkans: Public Service Institutions, their Role and Development. Balkan Futures Workshop II” will be held at the British School at Athens, on March 6-7 2014.

This workshop, the second milestone in the joint Balkan Futures research programme of the British School at Athens, the British Institute at Ankara, and the École française d’Athènes, will examine the nature and role of state and other public agencies across the Balkans. These include, inter alia, public institutions that deliver healthcare, education, and welfare services, as well as financial agencies. In a context of changing citizen expectations of what states are for, the workshop will examine the historical factors behind the present form and operation of agencies, and the challenges to be met.

In the Balkans, historical eras from the Ottoman period to the emergence of independent states, the communist era, post-cold war period and era of EU membership have variously had significant influence and/or impact on the development of particular institutions. By tracing historically dependent processes and evolutionary paths between and among these periods, the workshop will assess how contemporary institutions and structures in the realm of public and welfare services and delivery have emerged, developed and gained (or not) legitimacy and public acceptance. This thematic focus will enhance current understanding of the challenges and issues faced by contemporary public institutions in the region. In turn, it connects with themes of political, economic and social crisis against a background of demographic and environmental concerns.