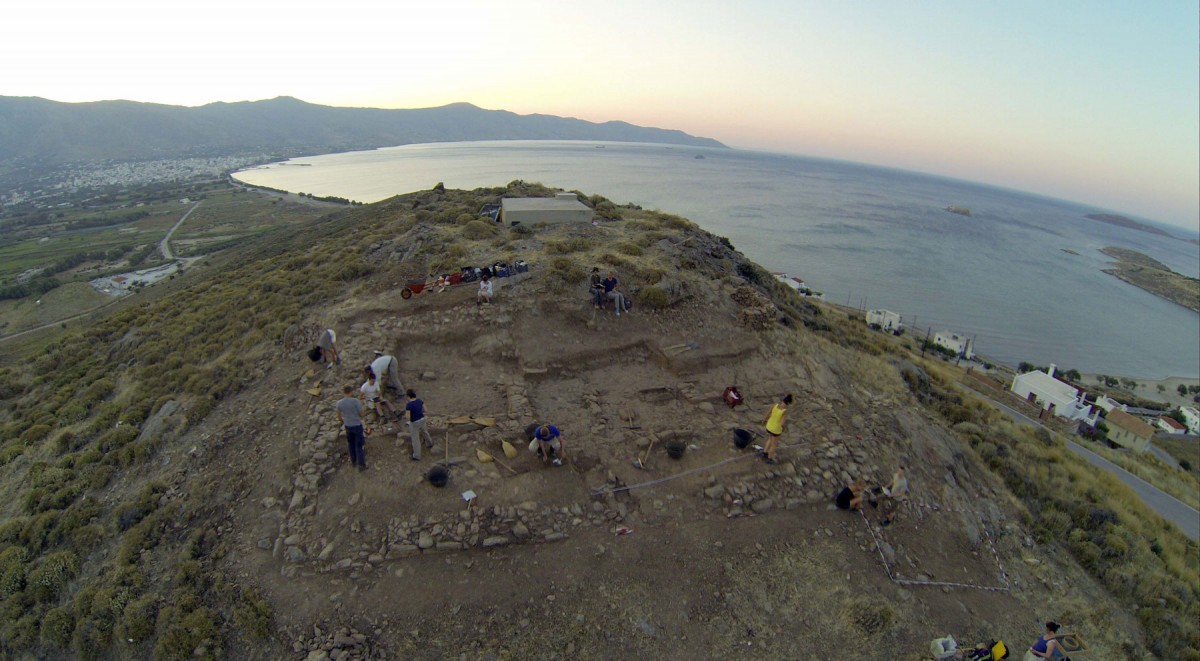 Photo caption
News: Lecture at the Netherlands Institute at Athens.

On Thursday, March 6, 2014, Dr Jan Paul Crielaard (VU University Amsterdam) will give a lecture at the Netherlands Institute at Athens entitled “Recent excavations at Karystos-Plakari. The identification of an island sanctuary, ca. 1000–325 BC.”

Since 2010, archaeologists of VU University in collaboration with the 11th Ephorate of Prehistoric and Classical Antiquities conduct a multidisciplinary research project focusing on the ancient site of Karystos-Plakari on the southern tip of the island of Euboia. Plakari is a low ridge of schist stone, with a maximum elevation of 85 m a.s.l., located on the northwest coast of Karystos Bay. The project embraces systematic archaeological excavations as well as archaeobotanical, zooarchaeological and landscape archaeological research. The focus of the research has been on a sanctuary that was in use between the 11th and 14th centuries BC. This has yielded large quantities of pottery and animal bones, but also objects of metal, stone and terracotta. Using various types of archaeological evidence, supplemented by information from written sources, an attempt will be made to identify in this lecture the cultic activities and rituals performed, the identity of the venerated deity, the social position of the cult participants and the type of sanctuary.

Jan Paul Crielaard is Associate Professor in Mediterranean Archaeology at VU University Amsterdam. In the early 1990s he was deputy-director of the Netherlands Institute at Athens. His research focuses on the Early Iron Age and Archaic period, including Mediterranean long-distance exchanges and colonization, elites and elite behaviour, and Homeric archaeology. He has excavated at a number of sites in Greece, Italy, Turkey and Cyprus. He has directed two excavation projects in southern Italy and currently co-directs a fieldwork project at Karystos-Plakari in collaboration with the 11th Ephorate of Prehistoric and Classical Antiquities.