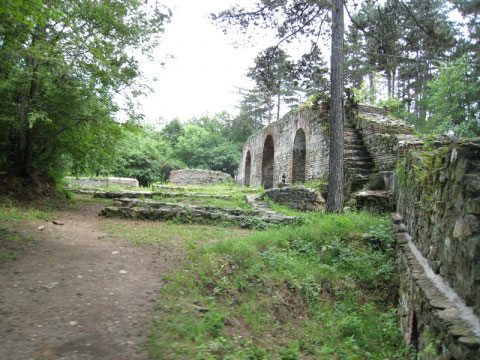 Restoration project of the Pautalia acropolis

Including a museum with artifacts from the area

Bulgaria’s government has set aside 2,5 million Euros for the restoration project of the Pautalia acropolis, near Kyustendil.

Apart from the restoration of the medieval fortress on the Hisarluka hill the project also includes the setting up of a museum with artifacts from the area. According to Kyustendil’s mayor Petar Paunov, the project could be completed by the end of this year.

Further archaeological excavations are expected to reveal the early Christian basilica, which had been built on the site of an ancient temple of Apollo.

Pautalia was a Thracian settlement founded in 5th-4th centuries BC near the hot springs in the area. Later the Romans developed it into an important stronghold, balneological center and trading junction. Ιn the Middle Ages the town was called Velbazhd and had been part of the Byzantine Empire and the Second Bulgarian Kingdom.