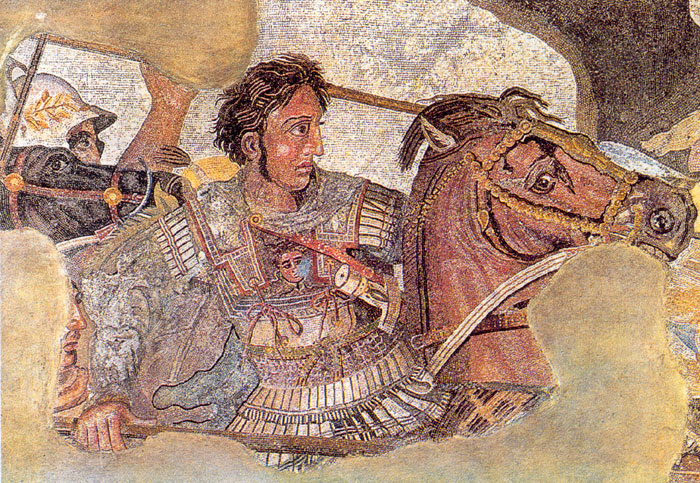 On Thursday, March 13, 2014 at 7 p.m. Kleanthis Zouboulakis (PhD Candidate of Ancient History, University of Athens) will give a lecture entitled «”Τὴν δόξαν τῆς μεγάλης μάχης ἀποφέρεσθαι”. Ancient sources, modern views and topographical problems. The Gaugamela campaign». The lecture is organized by the Netherlands Institute at Athens in the framework of the institute’s “Dialogos” lecture series.

Alexander the Great managed thanks to his military and political skill to conquer the mighty Persian Empire, setting the scene for the birth of the Hellenistic world. Though we can appreciate the ingenuity of the young Macedonian king as a general on the basis of his victories, many aspects of his military actions are not always so clear and are a matter of historical debate. The same obscurity applies to his opponent, Dareios III, the Great King of Persia. This has, of course, to do with the quality of the historical sources we have at our disposal, a well known problem regarding the entire period. Alexander and Dareios fought three major battles that sealed the fate of the Persian Empire: at Granicus, Issus and Gaugamela. Of the three, Gaugamela was the last, therefore the most decisive. Nevertheless, the reconstruction not only of the battle itself but of the events leading to it as well, remain obscure.

Though at a first look it seems the least of the problems that our sources have, it is imperative, because it would allow us to comprehend the military options that the two commanders had during a campaign that sealed the fate of the great Persian Empire. My announcement will combine an overview of the relevant sources, not only Greek and Latin, as well as travellers’ accounts beginning from 1776 with the prevailing modern scholarly views and some preliminary observations of my visit in 2011 to the area of modern Erbil in northern Iraq, in the wider area of which the battle was conducted, trying to readdress this old problem, one of the many regarding Alexandrian studies. One of the crucial points that our sources confuse is the exact location of the battle.