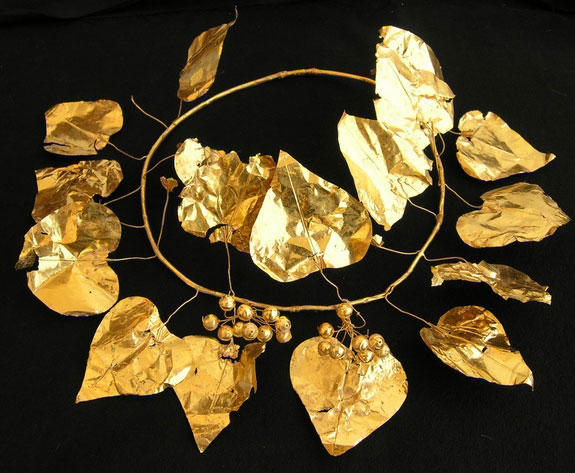 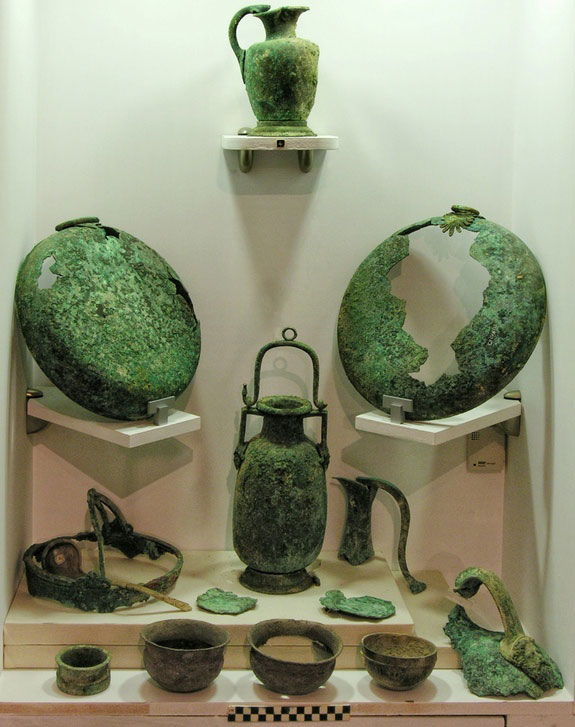 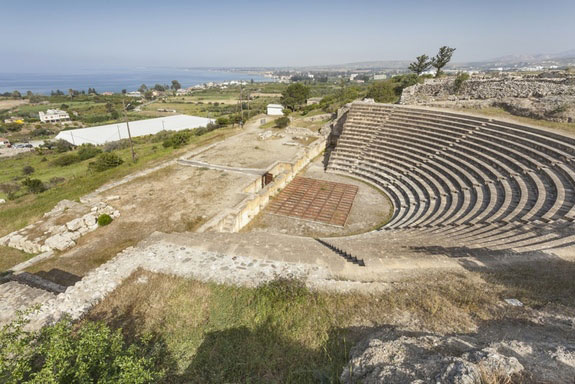 Showing trade links with other places

The content of a tomb discovered in northern Cyprus, near the ancient city of Soloi, indicates an aristocratic family had been buried. In particular, the tomb contained three burial chambers and multiple burials. One of the burial chambers had been looted, but the other two remained intact, and archaeologists found within human remains as well as artefacts.

The individuals buried were a man, a woman and a little girl in the first chamber and a woman and a young girl in the second. In the looted chamber no human remains had been left. The relation between the individuals buried in the complex is to be defined after results from DNA analyses are ready. It is likely, however, that they were from a wealthy aristocratic family.

The artefacts comprised of jewellery, figurines, weapons and a collection of 16 vessels used to serve people attending a “symposium”. In one of the chambers archaeologists found a gold ivy wreath in an excellent condition, more than 2,000 years old. The wreath resembles those placed in the tombs of Macedonian aristocrats, while the symposium vessels were imported from Ionia and Macedonia.

Hazar Kaba of Ankara University states that the findings reveal trade between Soloi and Athens, the naval power of the period. Soloi was probably supplying Athens with timber and copper and received goods, such as the symposium vessels in return. Connections with other regions, such as the Middle East, can also be established with the findings, as is indicated by designs on one of the vessels, similar to ones found in the Persian Empire.

Excavations at the site took place between 2005 and 2006, while the artefacts are currently being conserved and restored.