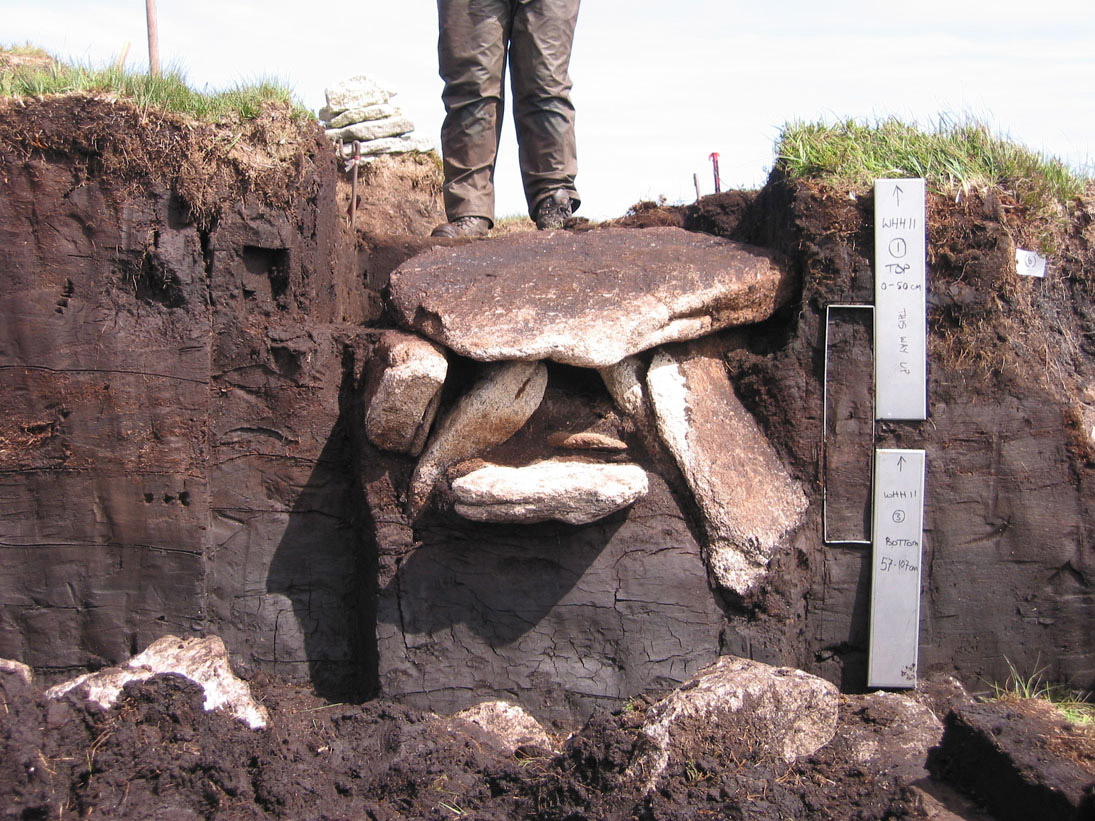 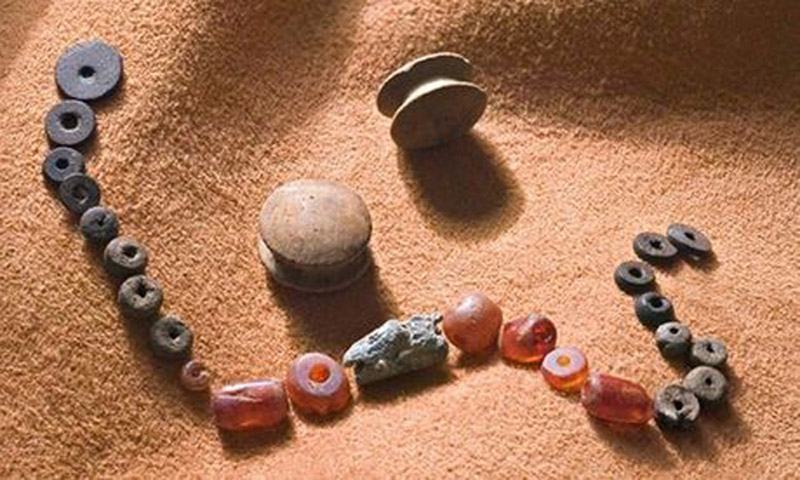 News On The Dartmoor Burial

A new window on prehistoric Britain

New insights on the Dartmoor burial as a discovery than opened a new window on the research of prehistoric Britain were offered recently through a documentary which aired on BBC2 last Sunday.

Three years ago, a group of objects in relation to the cremated remains of an individual, was located inside a cist (stone box) known for more than 10 years as being located at White Horse hill, Dartmoor. Among the objects buried with the bones werea a tin bead and 34 tin studs, textile remains of various materials, amber and shale jewellery pieces, and a pair of wooden ear studs. The contents were taken to the Wiltshire conservation laboratory, where the basket alone took a year’s work to clean, freeze dry, and have its contents removed.

Research showed that the burial took place around 4,000 years ago and the bones belonged to a young woman. Of the objects, the tin studs represented  the earliest evidence of metal-working in the south-west of Britain, a unique nettle fibre belt with a leather fringe was among the textile inventory and the wooden ear studs represent the earliest examples of wood turning ever found in Britain. Remains of fur, which used to cover the charred bones of the deceased seem to have come from a species of bear that became extinct in Britain at least 1,000 years ago. The whole group of objects seems to had been carried to the hill of White Horse -apparently one of the most remote places in Dartmoor, located 600 metres above sea level- from elsewhere, inside a basket.

The location, the vast amount of organic material, and the many “uniques” seen within the burial are what make the discovery so important. As Maev Kennedy reports for The Guardian, “apart from the basket, this burial had the belt; the ear studs – identical to those on sale in many goth shops – made from spindle wood, a hard fine-grained wood often used for knitting needles, from trees which still grow on the lower slopes of Dartmoor; and the unique arm band, plaited from cowhair and originally studded with 34 tin beads that would have shone like silver. There were even charred scraps of textile that may be the remains of a shroud, and fragments of charcoal from the funeral pyre.

“Although tin – essential for making bronze – from Cornwall and Devon became famous across the ancient world, there was no previous evidence of smelting from such an early date. The necklace, which included amber from the Baltic, had a large tin bead made from part of an ingot beaten flat and then rolled. Although research continues, the archaeologists are convinced it was made locally”.

What archaeologists still cannot answer is who was the lady buried in such care and in such a place. “Although work continues on her bones, it is unlikely to answer the mystery of who she was, how she died, and why at such a young age she merited a burial fit for a queen”, concludes Kennedy.