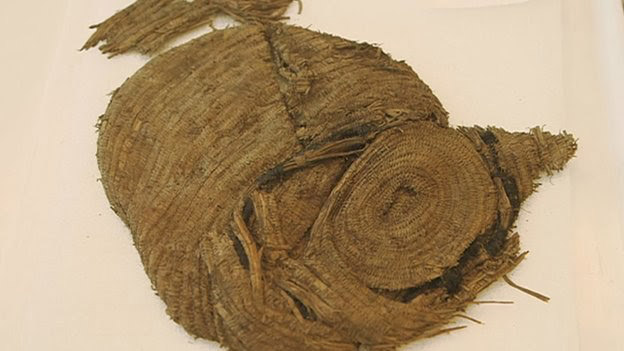 Two years ago, archaeologists were astonished by a hoard containing pieces of jewellery, animal pelts and amber beads which had been located, accompanying the cremated remains of an individual, in the burial chamber (cist) of a tomb found on Whitehorse Hill, Dartmoor, near Chagford, UK.

The deceased had been cremated and his remains were then wrapped in an animal pelt, containing a delicate bracelet studded with tin beads, a textile fragment with detailed leather fringing and a unique coiled bag.

“Visibly it’s not as impressive as Stonehenge, but archaeologically it’s just as important, says Jane Marchand, Dartmoor National Park’s chief archaeologist, who excavated the burial and now works on interprening the finds. According to a newspost by BBC, the number of beads found is really important as only eight beads have been excavated in the area in the last 100 years. Archaeologists also suggest that several of the beads, made of tin, might represent the earliest evidence of tin found in the South West of Britain.

“The level of preservation we have got is amazing. We’re awaiting DNA results on the pelt so we can identify what animal it might have come from. Amazing doesn’t really do them justice. It’s the most extraordinary assortment of finds with tin beads and wooden ear studs.” , adds Helen Williams, a conservator working with the finds.