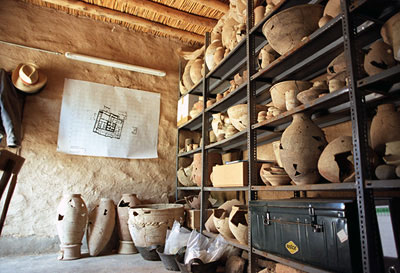 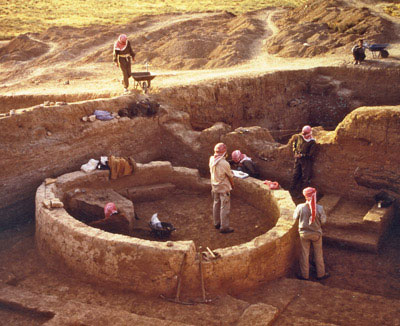 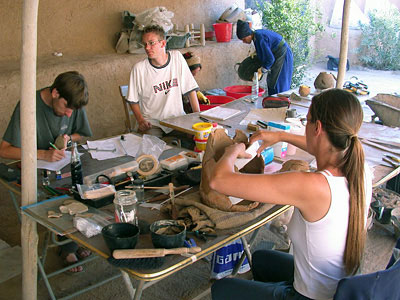 A dramatic development for 25 years of research

From dozens to hundreds of boxes containing remarkable archaeological finds by Leiden researchers in Syria have most probably been plundered. ‘A dramatic development for 25 years of Leiden research,’ says Peter Akkermans, Professor of Near Eastern Archaeology.

Extent of the damage as yet unknown

Leiden archaeologists have been carrying out excavations on the Syrian site Tell Sabi Abyad since 1986. Their finds were stored in depots in provincial capital Raqqa in the North of Syria. The civil war in the region forced the archaeologists to discontinue their local research activities in 2011. Recently, a report by the Syrian Archaeological Service announced that armed men had plundered the depots. The service did not specify what or how much was stolen.

Akkermans is very concerned: ‘I cannot check the extent of the damage because due to all the violence the area is too dangerous to enter. It is occupied by fighters of the extremist Islamic organisation ISIL. Since December of last year, I have not been able to contact the Syrian guard of our depots.’ The Leiden researchers shared their depots with English, American and German researchers. None of the researchers know the extent of the damage.

Akkermans’ team studies the Late Neolithic (approximately 7000-5500 BC) and Late Bronze Age (approximately 1300-1000 BC) in Syria. The team had transported the most precious finds, such as cuneiform tablets, to the local museum in Raqqa. It is unknown whether these objects are still intact. Although the depots contained less precious objects, these were very valuable for research, says Akkermans. The artefacts in question included 6000-year-old pottery, art objects and human and animal remains.

Two-thirds of the material untouched

Approximately one-third of these finds had already been extensively studied by the Leiden archaeologists and had led to many publications and a number of PhD dissertations. But the rest was still untouched material that remained to be studied. Akkermans is also worried about the archaeological site Tell Sabi Abyad, where, according to the Syrian report, plunderers were seen to strip the soil without any supervision. Akkermans: ‘It is a dramatic development for 25 years of Leiden research. We now have to wait until the violence ends and things calm down. Only then will we be able to determine the extent of the damage.’