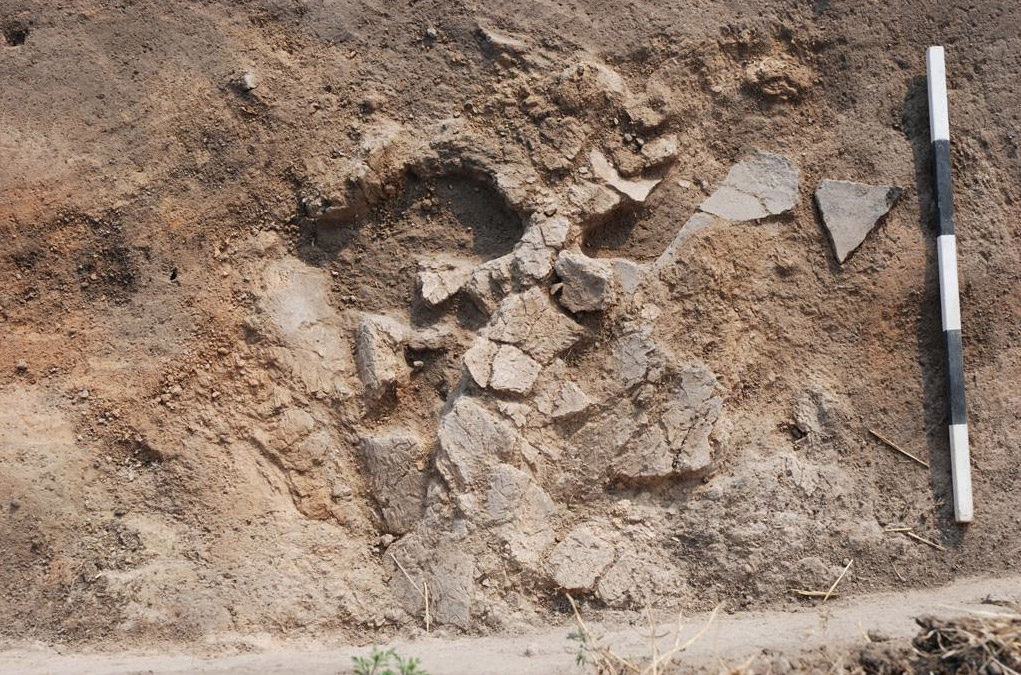 Revealing the Secrets of 4,000 Year-Old Settlements in Hungary

Three settlements in the area of Kakucs, Hungary, dating to around 2000 BC and representing the local Vatya culture have been studied by archaeologists from the Adam Mickiewicz University in Poznań, Poland.

In Kakucs, five strongly fortified settelements are known as representative of theVatya culture, which was developed around the central area of the Danube basin between 2000 and 1500/1400 BC. The culture is characterized mainly by fortified settlements and cremation burial sites, often with hundreds of burials. At the end of the first half of the 2nd millennium BC, the Vatya communities had developed a rich production of bronze, probably entirely based on raw materials from remote areas of the Alps.

Of Kakucs’ five HungarianVatya settlements, Polish archaeologists have examined Kakucs-Turján, Dabas-Dabasi szőlők and Dömsöd. Research was focused on performing a wide-area geophysical survey through magnetometres. “These studies revealed that a relatively small region, contemporary settlements had completely different forms, fortifications were also erected differently. Strongholds were not located in similar geomorphological, and probably also environmental conditions”, explained Dr. Mateusz Jaeger of the Institute of European Culture AMU in Gniezno, leader of the project funded by the National Science Centre.

Based on the above results, the researchers began an excavation project in Kakucs-Turján. Throughout the first excavation season there (2013), archaeologists located a pit in the place where architectural remains were clearly preserved. As reported by the Polish newsagent PAP, “archaeologists found traces of pugging – a clay floor and numerous objects monuments made of various materials, including bronze and gold”. Further evidence obtained by the study of the area’s stratigraphy shed new light on the settlement’s long and complicated history, which began at the end of the Early Bronze Age  ( in the Hungarian terminology late 3rd and early 2nd millennium BC). The settlement was abandoned around 1500/1400 BC. Scholars hope that they will extract more information on the site’s formation history by studying soil samples they collected from a geochemical aspect.

“Excavations have provided enormous number of objects, which is typical for multilayer sites. Firstly, there are thousands of pottery fragments, but also objects made of bone, antler, obsidian , stone, flint and metal. Compared with studies in Poland, the number of finds in such small area was huge”, said Dr. Jaeger.

The project in Kakucs is part of a wider research project, “Open communities, closed spaces. Dynamics of fortified settlements, the economy and trans-regional relations in the Middle Bronze Age in the Kakucs region (Hungary)”, funded by the Polish National Science Centre. Involved in the project, alongside archaeologists from Poland, are researchers from the Hungarian Academy of Sciences in Budapest under the supervision of Dr. Gabriella Kulcsár, and Prof. Johannes Müller from Christian Albrecht University of Kiel.