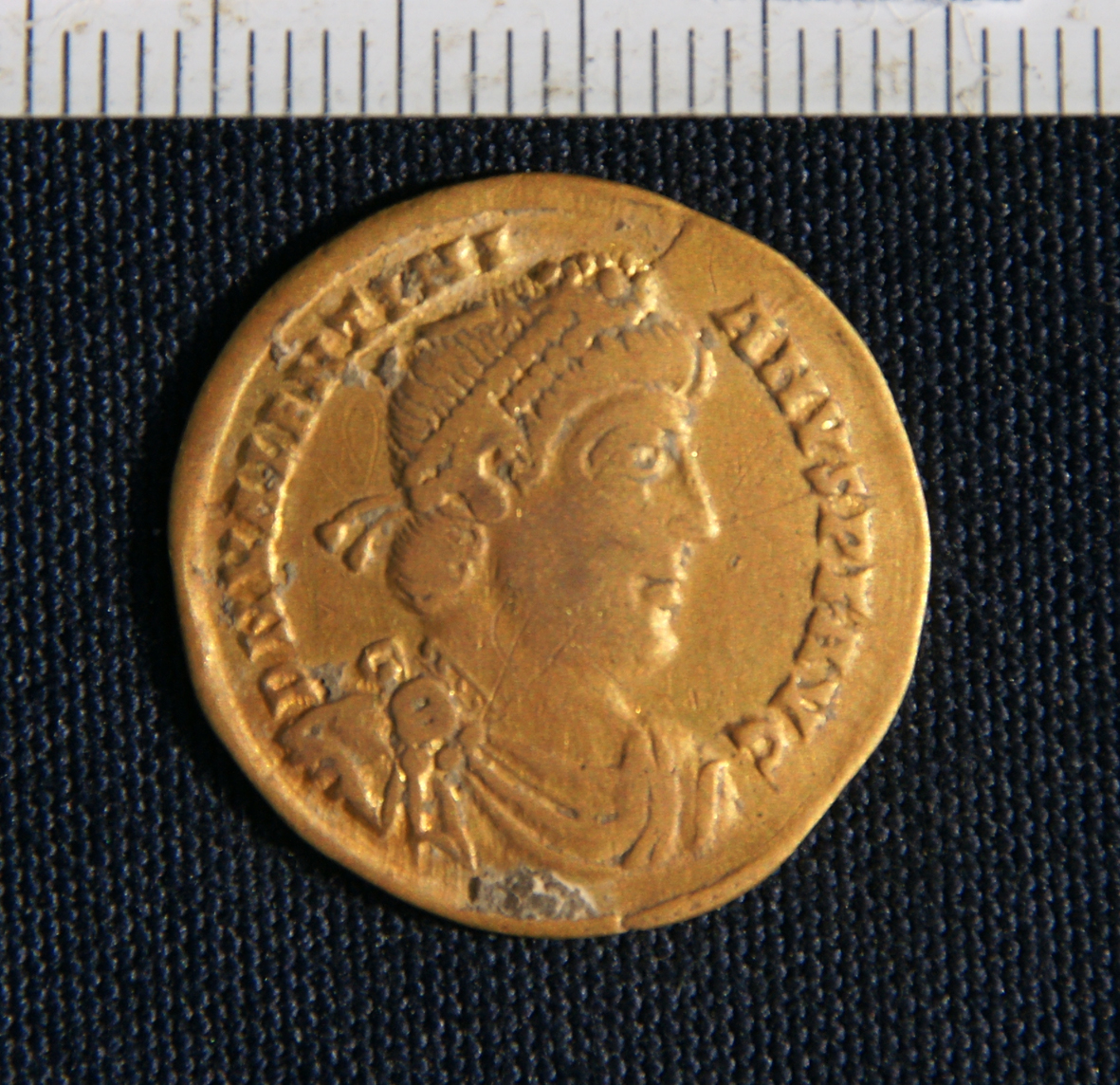 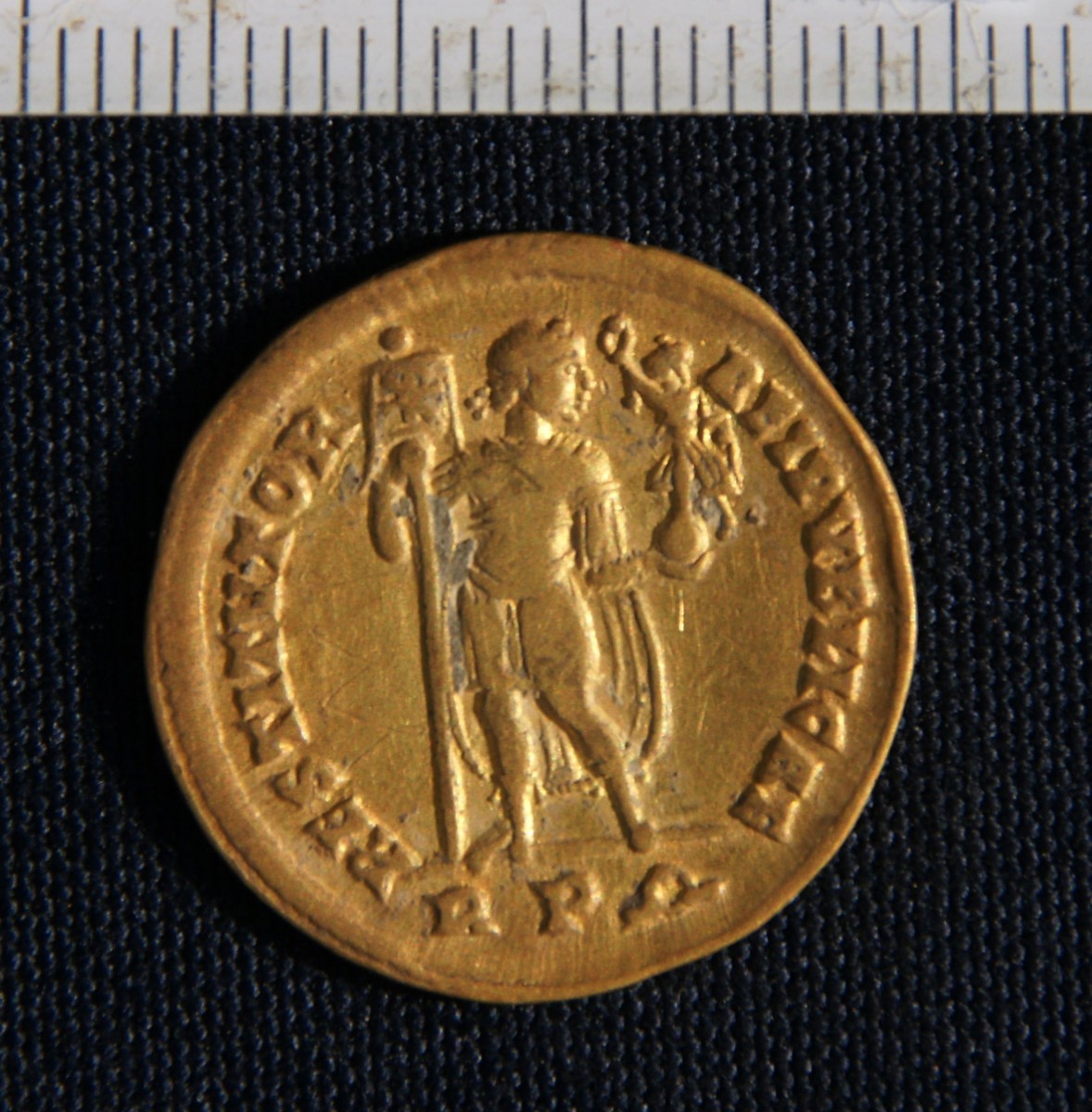 On March 22nd 2014, a hoard find of 29 Byzantine gold coins in almost pristine condition was discovered by the German Mission at Deir el-Bakhit/Draâ Abu el-Naga North in Western Thebes. The hoard consists of two different kinds of denominations: 18 are solidi, 11 are so called tremissis coins (equal one third of a solidus). The deposit was found in a Coptic chapel that was installed in a Pharaonic tomb. The coins were hidden in the shaft of a small sandstone column which served as a support of the altar which was set up in the chapel.

The site (Winlock’ s unit XXVI) can be considered the earliest part of the monastery Deir el-Bakhit whose ancient name was a “monastery of St. Paulos”. Since the coins’ stamps show the Byzantine emperors Valentinian, Valens, Justin and Justinian, the deposit can be dated to the 5th to 6th centuries AD. The coins date the installation of the monastery’ s chapel to the same time. Until now, this chapel has to be regarded as the earliest monastic unit on the entire West Bank of Thebes. However, the coins do not only provide a close dating of the monastery, they also paint a vivid picture of the economic situation of the monastic community during the Late Antique period.

The excavations in Deir el-Bakhit take place in cooperation between the Cairo department of the German Archaeological Institute (Dr. Daniel Polz), the Römisch-Germanisches Zentralmuseum Mainz (Dr. Ina Eichner) and the Ludwig-Maximilians-University Munich(Dr. Thomas Beckh), and are funded by the German Research Sociery (DFG).