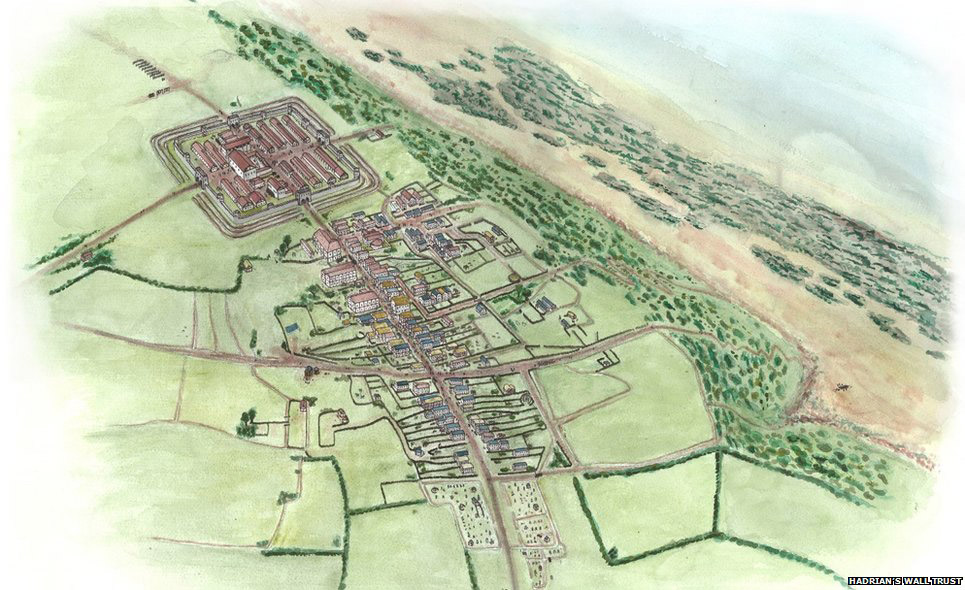 How Romans Lived in Maryport?

Excavating a residential area associated with the Roman fort in Cumbria

The remains of a Roman settlement excavated during fieldwork in a site where the ruins of a Roman fort are also explored, in Maryport, Cumbria (UK), reveal the lifestyle of civilians living alongside officers serving the army in Roman Britain.

The residential area has been located outside the wall of the Roman fort, which was found before 120 BC, during the reign of Hadrian in order to add to the coastal defences extending down the Cumbrian coast from Hadrian’s Wall. The village lies north-east of the fort, and it is considered as the largest currently known along the Hadrian’s Wall frontier. So far, geophysical survey shows that the well preserved settlement was divided into a series of long plots which extended along a 1,378ft (420m) length of Roman road leading to the fort gate.

Now, The Roman Settlement Project, carried out on behalf of Hadrian’s Wall Trust, Senhouse Museum Trust and philanthropist Christian Levett, aimed to dig deeper. Archaeologists from Oxford Archaeology (OA) and a team of volunteers carry out the survey and excavation, while, at the same time, a a team from Newcastle University is also working in another part of the site.

“The work is very important… civilian settlements are poorly understood across the Roman Empire because the emphasis of research in the past has been on the Roman military”, says Dr Nigel Mills, World Heritage Advisor for the trust.

The site had been excavated since the 19th century but partially. Among the finds are the remains of a Roman temple and 17 altars dedicated to Jupiter (considered as the biggest single find of Roman inscriptions revealed in Britain).

Last autumn OA picked four plots in a part of the settlement which was lived in by “everyday people” for evaluation trenching. All trenches had structural remains just 30cm down from the top soil. Full excavation of one of the plots unearthed an entire Roman stone strip building about 65ft (20m) long and 16ft (5m) wide, with three main rooms and built sometime about 200 AD.”We found a few bits of coins and pottery which indicate the site was not occupied for more than half a century and it was abandoned in the late Roman period.We are still unsure what the building would have been used for, but we believe it probably had a multifunctional purpose and one possibility is that the front room was used as a shop.”, says  site director John Zant regarding the finds. The OA team will be back in a few weeksfrom now (April 2014) to continue research.

The Newcastle team, on their part, aim to investigate the known remains of the temple and look deeper into the “speculation” that a nearby round structure could have been a second temple and if the 17 inscribed altars came from the building.