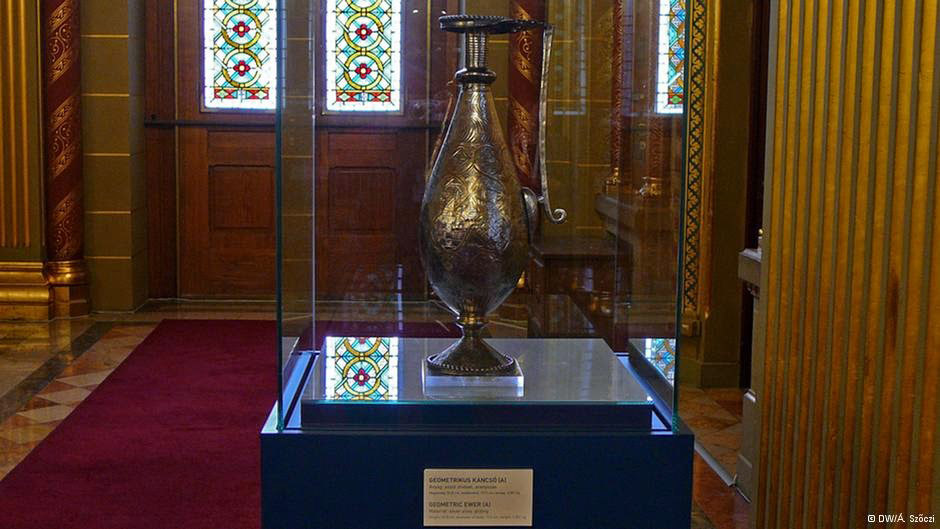 The Sevso Treasure returns to Hungary

Seven objects that formed part of a Hungary orientated late Roman assemblage of precious artefacts known as “the Sevso (Seuso) Treasure”, which had been sold outside of the country after its original finder’s mysterious death, have been returned to the Hungarian State and are currently on display in the country’s parliament.

Dating from the 4th century AD, the collection of artefacts, originally consisting of 14 large and possibly 200 smaller silverware pieces, had been located by Hungarian soldier Jozsef Sümegh, who was also an amateur archaeologist in 1976 near Polgardi at Lake Balaton, south-west of the capital Budapest. One of the pieces, a gold-plated silver dish bears an inscription reading: “Let these, O Sevso, yours for many ages be, small vessels fit to serve your offspring worthily.” It is the only recorded mention ever of the individual called Sevso (Seuso) , believed to have been a Germanic warrior who lived in the area. Still, the treasure was named after him!

Sümegh did not live long enough to take any advantage of his find. In 1980 he was found hanged in a local cellar under undefined circumstances. While his death might have been more than a suicide (since his treasure hunting activity was known, while three of his colleagues also died mysteriously around the same time), the treasure was moved to Vienna. There, Lebanese dealers pushed it to the antiquity market. British aristocrat Lord Northampton was one of the buyers.

In 1990, the collection was removed from the Sotheby’s auction in New York, after protests from three countries which claimed rights to it, including Hungary. Despite clear indications the pieces had been also made there (an inscription on one of the artifacts mentions “Pelso” – the Latin name for Balaton), Lord Northampton managed to keep it and then pass it to a British couple, who, in 2012, approached Hungary’s Museum of Fine Arts Laszlo Baan.

“I knew the man who came to visit me at the Museum,” explained Baan. “He told me about the possibility of buying back part of the collection. He brought photos documenting what they had. I then contacted the government and worked together with the State Secretary of the Prime Minister’s Office, Janos Lazar. Only a handful of people knew about it. It was basically a state secret. I then travelled to London and was brought to a building where the treasure was housed in a big safe. I’ll never forget the moment when they opened that safe. It was marvelous. I could actually touch something I had only seen in pictures.”

The Hungarian mission then was just allowed to take the objects with them and carry them to Hungary! The government admitted to paying 15 million euros to get the objects back as a form of “compensation” to the previous holders, as well as having Hungary recognized as the lawful owners. While overwhelmed though, the Hungarian authorities state that the story has not finished yet. It is estimated the missing parts of the collection reach 200 in number. Still, Baan hopes to acquire the seven items still in Lord Northampton’s possession.