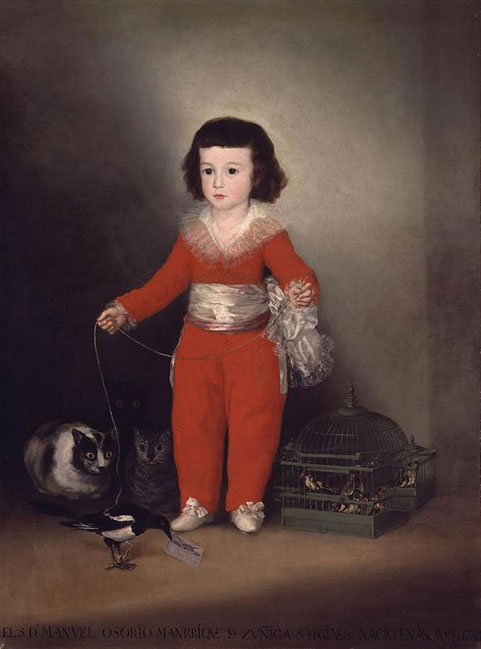 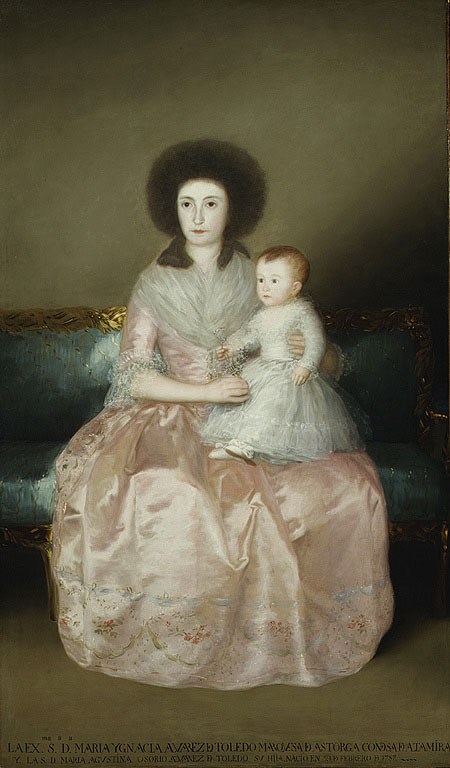 Goya and the Altamira Family

The exhibition Goya and the Altamira Family opens at the Metropolitan Museum of Art on April 22, 2014. This small, focused exhibition will feature four portraits of members of the Altamira family painted by Francisco de Goya (1746–1828), including Manuel Osorio Manrique de Zuñiga (fig. 1), the so-called “Red Boy,” one of the Metropolitan Museum’s most beloved Old Master paintings. The exhibition will mark the first time the Altamira family portraits have been shown together as a group. A fifth Altamira portrait, originally thought to be by Goya, and painted about the same time by Agustín Esteve, will also be on view.

In the 1780s, when Goya was beginning to experiment with aristocratic portraiture, the Banco de San Carlos (presently Banco de España) commissioned him to create a series of portraits in Madrid, including a full-length painting of the governor of the bank, Vicente Joaquín Osorio Moscoso y Guzmán, Count of Altamira, who was Manuel Osorio’s father. Because of the success of this portrait, the Count then engaged Goya to paint three portraits of members of his family — his wife María Ignacio Álvarez de Toledo and his sons Vicente Osorio de Moscoso, Conde de Trastamara; and Manuel Osorio Manrique de Zuñiga. It is likely that all four Altamira portraits were painted between 1786 and 1788, considering the age of the sitters.

A fifth portrait of Count Altamira’s middle son, Juan María Osorio, was made about the same time as the other portraits by Agustín Esteve, who was one of Goya’s students. This work may have been a posthumous portrait of Juan María, who died in 1785 at the age of five. It is unclear if the painter based his image of Juan María on Goya’s portrait of Manuel, or if he established the prototype for the portraits of the other two brothers and it was Goya who followed his example.

The exhibition will run through August 3, 2014.

The exhibition is organized by Xavier F. Salomon, Curator of Southern Baroque Art in the Department of European Paintings at The Metropolitan Museum of Art.

The exhibition is made possible by the Placido Arango Fund.