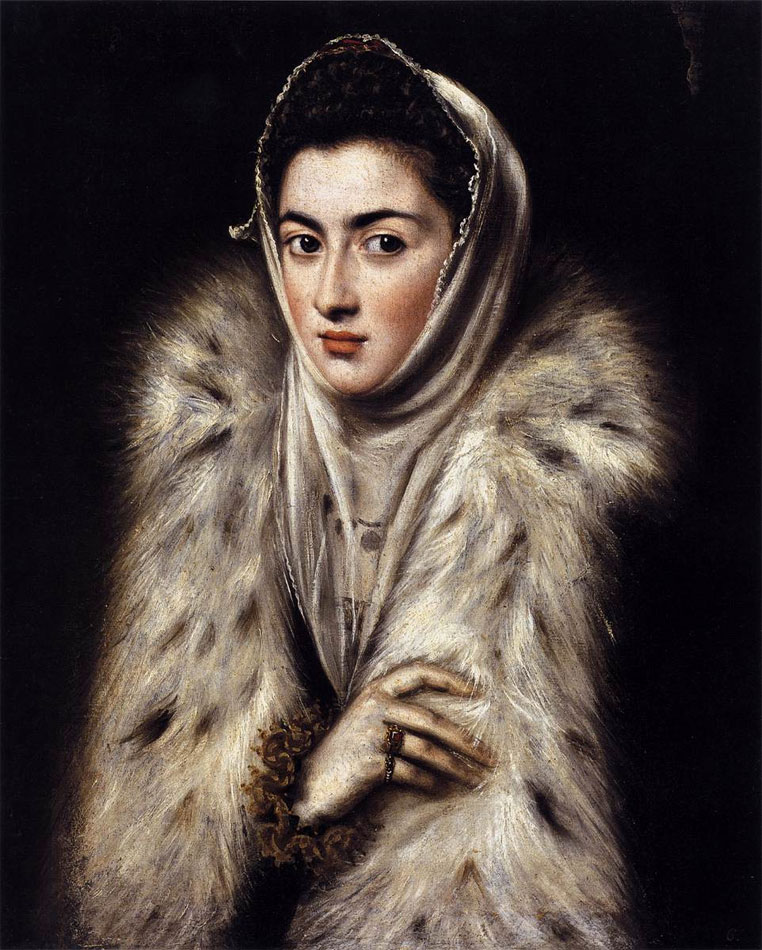 Art expert Antonio Garcia has produced a 60-page report which states the 16th century painting “Lady in a Fur Wrap,” owned by the Glasgow Museums and Galleries and usually displayed at the city’s Pollok House, was not created by the artist El Greco.

The painting is on loan to the Museo de Santa Cruz in the Spanish city of Toledo, where it will be on view in the major exhibition on the 400th anniversary of the death of the great Greek painter “The Greek of Toledo”.

According to Garcia, who was former culture editor for Spain’s El Mundo newspaper, the ‘Lady in a Fur Wrap’ is not a portrait of El Greco’s mistress Jeronima de las Cuevas, as many art historians would have it, but rather a depiction of a Jewish girl who lived centuries after El Greco’s death in Toledo in 1614, by an unidentified Spanish painter. “At that time, there were probably five or six artists in Spain who could have painted it but none of them were famous.”

Garcia has accused Glasgow council chiefs of blocking scientific tests, which were requested a decade ago, to find out the truth. “Anyone – no matter how few of El Greco’s works they may have seen and without being in any way an art expert – can see that the colours used and the perfect facial features in the portrait of this enigmatic lady have nothing to do with the style of El Greco,” he said.

Garcia came up with his theory after examining 1,000 works of art from the 16th-19th centuries as part of his investigation into the disputed painting, which surfaced at the Louvre Museum in Paris 200 years after the death of El Greco.

The painting has always been problematic. According to The Guardian, the “Lady in a Fur Wrap” was exhibited 170 years ago in London as “The Daughter of El Greco”, but there are no records of his having a daughter.

The portrait has also been seen at the Metropolitan Museum of Art in New York and at the National Gallery in London in 2004, where one curator also doubted its authorship and called for an x-ray using modern dating technology. Glasgow museum authorities have yet to carry it out.

After reading Garcia’s dossier Professor Fernando Marias, curator of the Toledo exhibition, asked Dr Ellen McAdam, formerly Head of Glasgow Museums and Collections and currently Director of Birmingham Museums whether scientific tests requested a decade ago ever took place: “I sent an email to Ellen McAdam whom I had met at an El Greco exhibition in Japan asking if any such tests had been carried out. For whatever reason, I never received an answer.”

“It was an interesting theory but the problem is Garcia can’t prove it. I’m an academic and we need proof of what he is arguing,” explained Marias.

The call for tests first came when the portrait was displayed at the National Gallery in London. Garcia said: “It was said that it was going to be done but if it was, the findings have never been made public.

The painting’s estimated value is £20million if genuine but even if it’s not El Greco’s work, it could still be valuable.

”We will exhibit it anyway – albeit with an advisory – because it is a beautiful painting in its own right, and its history is linked to that of the master,” concluded Marias.