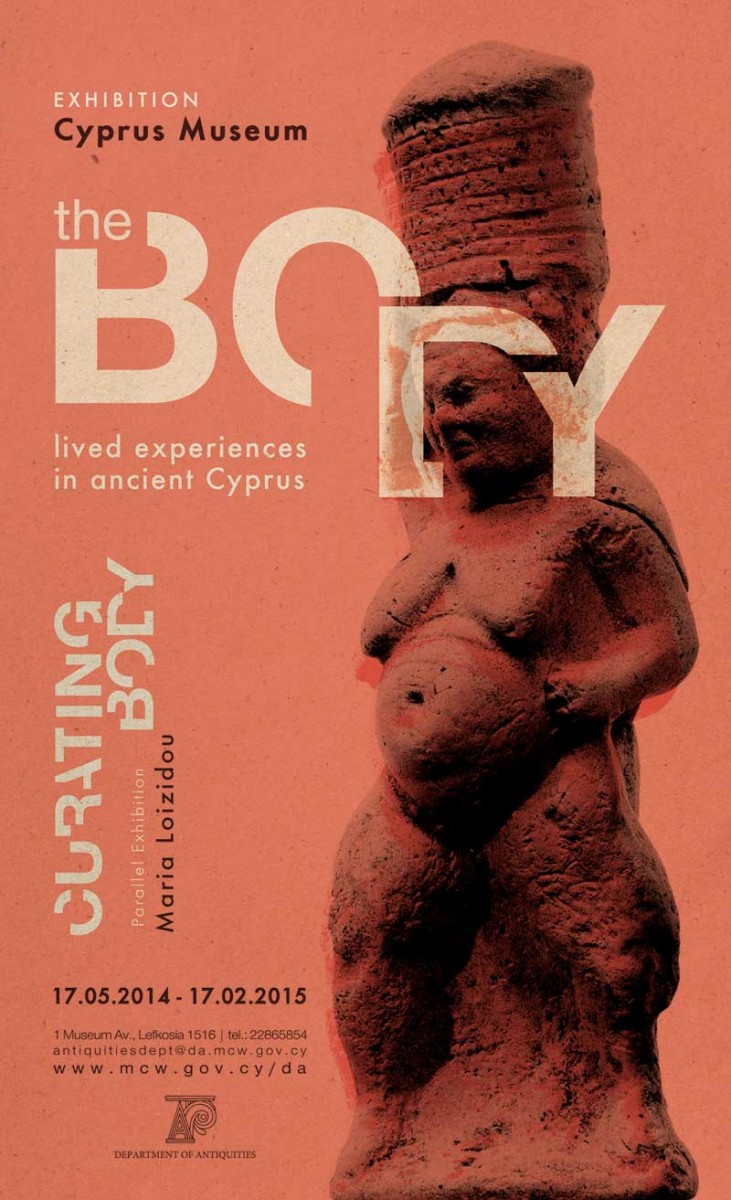 The Department of Antiquities, Ministry of Communications and Works, announces the opening of the temporary exhibition “The Body: lived experiences in ancient Cyprus” at the Cyprus Museum, Lefkosia, on the 17th of May 2014 at 19:00. The exhibition is organised within the framework of International Museum Day and European Night of Museums, 2014.

For archaeologists, who study human civilisation through the ages, the body constitutes the creator, as well as the witness of history. As the creator, the body shaped society in a dynamic way through the use of objects and its involvement in cultural practices, such as work, food consumption or ritual and recreational activities. Lived experiences that resulted from the connection of people with the world were inscribed on the body, becoming integral parts of personhood and social identity. The human body, therefore, preserves indications of its tangible and elusive action and bears witness to the culture of ancient societies that shaped it, literally and metaphorically.

Within the above framework the exhibition “The Body: lived experiences in ancient Cyprus” presents antiquities dated from the Neolithic to the Early Christian period, originating from archaeological sites throughout Cyprus. Figurines, sculpture, vessels, jewellery, grooming and medical tools, musical instruments, and skeletal remains are presented, some for the first time to the public, inviting the visitor to explore some aspects of the ancient body’s lived experiences. Although bodies have left their traces in the form of skeletal remains or artefacts, the exhibition fleshes out the invisible male and female protagonists who were once active on the island of Cyprus.

Parallel to the above archaeological exhibition the Cyprus Museum will also be hosting in its Galleries the exhibition ‘Curating Body’, by artist Maria Loizidou (works from 1981 to the present). The works are the result of the artist’s career from 1981 until the present. Loizidou will be curating her own works afresh, aiming to enter into a dialogue with the ancient cultural landscape of the island but also with the spaces of the Cyprus Museum itself. In this way, new stimuli are received and new questions are set.