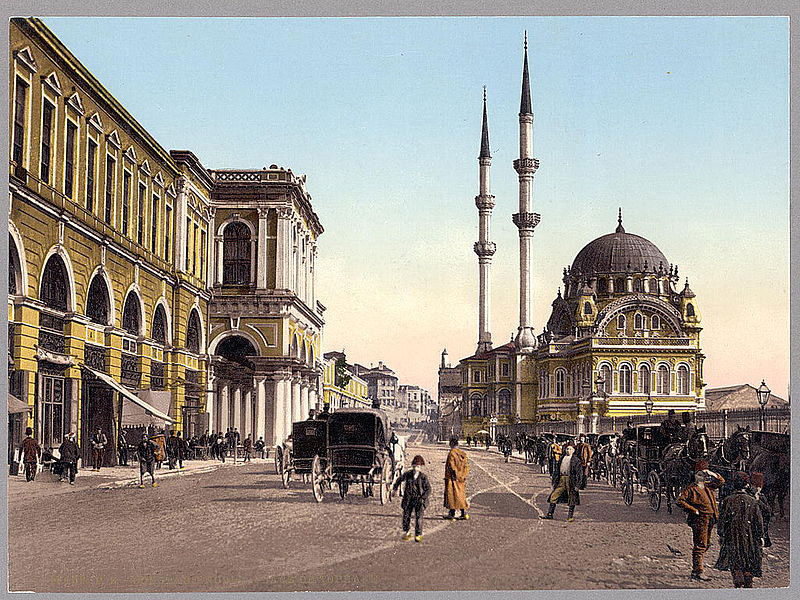 Heritage and identities in a changing urban landscape

The neighbourhood of Tophane (Istanbul)

“In Istanbul, as in other large world cities, increasing tensions exist between heritage management and urban renewal, since local communities are often disregarded in heritage management and urban planning. Since the 2000’s large-scale ‘urban renewal’ projects are carried out in order to ‘clean up’ areas in the centre of the city and to present a ‘flawless image’ of Istanbul as a global city to the rest of the world.

“Such renewal projects result into ‘state-led’ gentrification, the displacement of groups of inhabitants to the borders of town and urban segregation along class lines. Critiques on these renewal projects, therefore, among other things, include the fact that this displacement of people implies the loss of intangible heritage, such as traditions and memories, and the fact that ‘hypothetical’ reconstructions of the past are made, in which certain pasts are ignored (Aksoy 2010). This makes the past a battleground of what ‘national culture’ might mean and who ‘owns’ it in the global era (Öncü 2007),” writes Karin Schuitema of the Netherlands Institute in Turkey, who will give a lecture entitled “Heritage and identities in a changing urban landscape. A multi-vocal biography of Tophane (Istanbul)” at the NIA in Athens.

Karin Schuitema graduated in 2008 in Near Eastern and Mediterranean archaeology at Leiden University. During and after her studies she participated in several campaigns of archaeological projects in Syria, Greece, Egypt and Turkey. Since 2011 she has been working as a staff member and researcher of Heritage Studies at the Netherlands Institute in Turkey (NIT).

She coordinates and directs the ‘Tophane Heritage Project’ in which researchers and students from various disciplines work on a biography of the neighbourhood of Tophane in Istanbul. Aim of the project is to obtain insights in the inextricable relations between the past and present of the neighbourhood.

“My research studies focuses on the Istanbul neighbourhood of Tophane as a micro-scale case-study to study these negotiations of the different past in present-day globalizing developments from the point of view of present-day inhabitants (personal) narratives on the past,” explains Karin Schuitema. “It aims to answer the following question: How are cultural, material, and social heritage constructed and how do they relate to one another in the creation of group identities, claims to space, and social cohesion in the complex Tophane neighbourhood?

“In this research a biography of the neighbourhood of Tophane in Istanbul is created, taking into consideration a period from about sixty years ago up till now, including Tophane’s cosmopolitan Ottoman past of ethnic-religious minorities (such as the Rum), it’s later past of migrants from other parts of Turkey and it’s present-day changes. This biography aims for a profound understanding of the neighbourhood as a multi-layered phenomenon, multi-vocal narratives and perceptions of the past and present by inhabitants, interpersonal connections in the neighbourhood, the creation of identities, and the relations between the tangible and the intangible heritage.

“This biography is based on a study of material and immaterial characteristics of the neighbourhood over time, as obtained from secondary literature, newspaper articles, and archives, as well as (personal) narratives of Tophane’s inhabitants by means of ethnographic observations and oral history interviews. In my presentation I aim to explore how identity, inclusions of some, exclusion of others, the construction of cohesion are contested in Istanbul in relation to complex and ambivalent notions of the past, thereby using Tophane as a case-study. Since parallel urban and social developments are at play in other large cities in the world as well, my research can contribute to larger discussions and current debates on gentrification, identity politics, urban developments, citizenship, and heritage studies.”