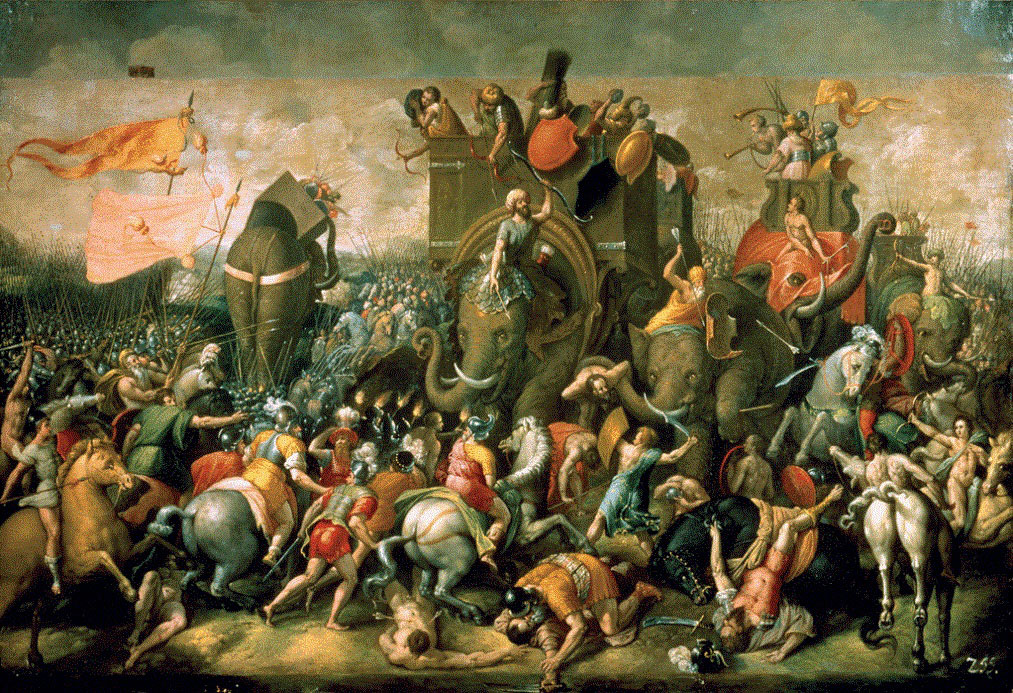 Violence as a means to structure the epic narrative

Revenant victims in Silius Italicus’ Punica I, II and XVI

“In his epic on the Second Punic War, Silius Italicus illustrates the fighting between the Punics and the Romans in lavish detail. The narrative starts with a retrospective on Hannibal’s oath and his never/ending hatred of the Romans. Immediately after the gloomy opening, there are episodes which convey a vivid impression of the enormous brutality of the Punics: we hear about the illegitimate murder of the honorable Iberian king Tagus as well as about the terrible events during the siege of Saguntum. What is more, Silius introduces extraordinary characters like Theron and Asbyte in order to create specific constellations of gender and moral conflict. As a result, these episodes are not only highly dramatic. Depicting problematic (if not tabooed) violence, these episodes also can be easily remembered”. (Evelyn Syré)

The next Aigeiros-lecture will be given by Evelyn Syré (University of Rostock), who will address the topic “Revenant victims in Silius Italicus’ Punica I, II and XVI. On violence as a means to structure the epic narrative”, with responses of Sophia G. Papaioannou (University of Athens) and Mairi Gkikaki (3rd Ephorate of Prehistoric and Classical Antiquities). The event will take place on Wednesday, June 4, 2014, at 6.00 p.m., in the lecture hall of the German Archaeological Institute of Athens (1 Fidiou str.).

“Indeed, plenty of combatants will die during the further epic narrative”, explains Evelyn Syré in the abstract of her paper, “but what if characters recur in later books, after they were killed during acts of problematic violence at the beginning of the narrative? In book XVI we hear about Scipio Africanus. In honour of his dead father and uncle, he stages funeral games in Spain. Interestingly, the funeral games in the Punica are modeled after the funeral games in Homer’s Iliad and Virgil’s Aeneid respectively. But other than his literary predecessors, Silius employs characters whose names and traits are extremely close to some characters of book I and II. This observation does not hint at Silius being a poet of poor diligence. As I shall argue, Silius builds a sharp contrast between illegitimate violence in the first books of the Punica and forms of legitimate ritual violence in book XVI. My paper aims at interpreting those revenant victims of illegitimate violence as a deliberate intratextual means to structure the epic narrative. Thus I shall point out how minor characters and episodes of extraordinary violence help to link parts of the epic as well as to comment on events of the main action”.