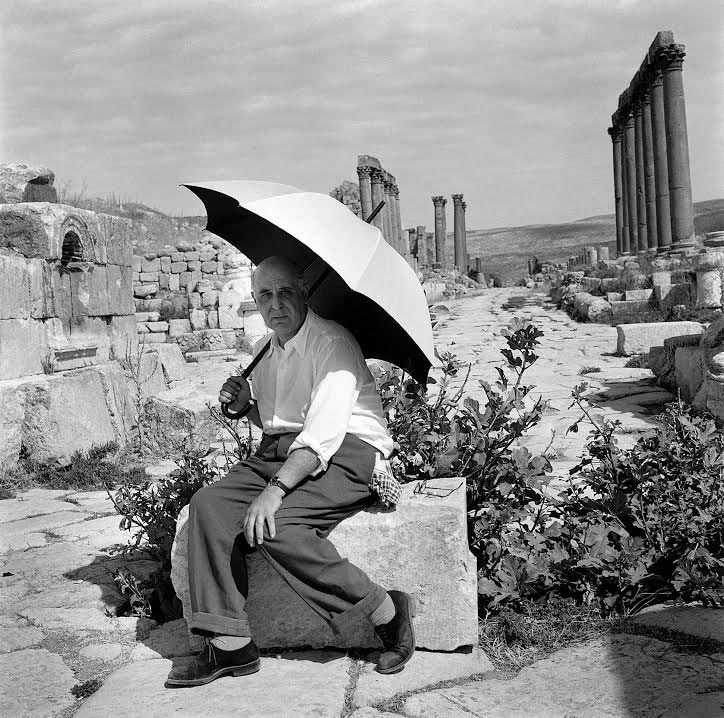 Through the eyes of George Seferis

The poet's photographs in Palermo

The National Bank of Greece Cultural Foundation, the Istituto Siciliano Studi Byzantini e Neoellenici “Bruno Lavagnini”, the Fondazione Sicilia and the Consolato Onoratio di Grecia a Palermo have co-organized an exhibition with photographs by George Seferis in Palermo, which opened on May 23, 2014.

This collection of more than 2,500 negatives — not counting the host of photographic prints of various sizes — spans some fifty years, from the 1920s to 1971, and reveals another of the poet’s pursuits. His photographs are distinguished by their precision of subject, technical excellence and exemplary result.

“Seferis’s need to see things clearly — the places, the events and the people, which marked his journey through life — is probably the main driving force behind his work, as essential as his desire to ‘speak simply’, as expressed in one of his poems written in 1942, during the war years. And just how ‘well-focused’ his camera often was is something the visitor has an opportunity to ascertain in this exhibition, a small but representative sample of the poet’s long and fertile involvement with the art of photography,” writes the Director of the Foundation, Dionysis Kapsalis, in the catalogue following one of the previous exhibitions of the photographic archive.

Following the donations made by Maro Seferi in 1984 and her daughter Anna Londou in December 1999, the National Bank of Greece Cultural Foundation is the repository of the George Seferis Photographic Archive.

In 2000, as a contribution to the Year of Seferis, the Foundation organized an exhibition of the Nobel laureate’s photographs, which was presented in the Patras Cultural Centre of MIET and the Athens Technopolis in the Gazi neighbourhood, in collaboration with the Ministry of Culture. In the same year, an album entitled Photographs by George Seferis, was published, containing the photographs in the exhibition as well as additional material from the archive. Since then, many of the poet’s photographs have been exhibited in several cities both in Greece and abroad.

The exhibition of photographs by George Seferis provides irrefutable testimony of the diligence with which he undertook all his activities.

The exhibition will be on show in the historical building of the Palazzo Branciforte of the Fondazione Sicilia until June 29, 2014.