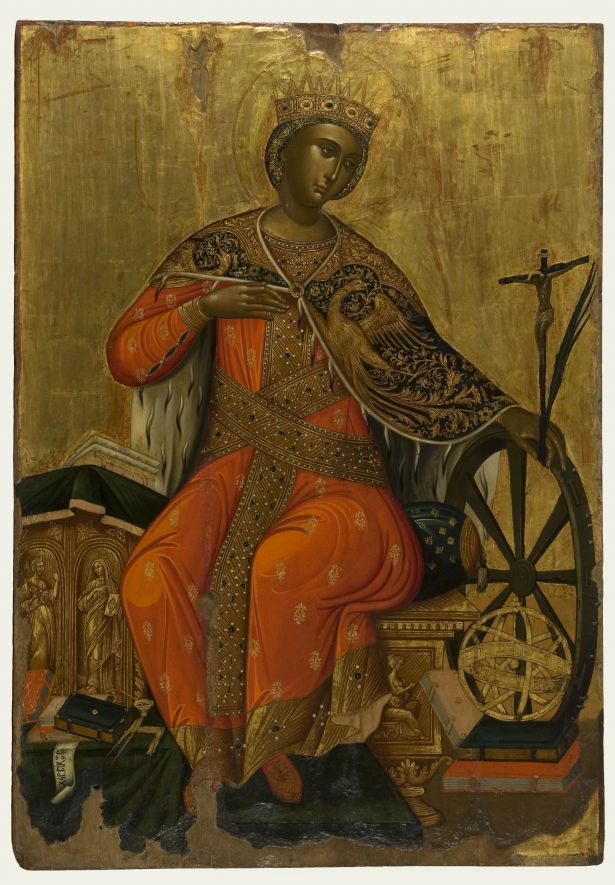 After a successful run in the Museo Regionale of Messina

On Friday, June 7, 2013, at 6.30 p.m. the exhibition “Images and Scriptures. Greek Presences in Messinia from Middle Ages to Modernity” will be inaugurated in Palermo of Sicily, at the “Duca di Montalto” hall of the famous Medieval castle Palazzo dei Normanni, today’s seat of the regional parliament of Sicily.

The exhibition is the outcome of a cooperation between the Byzantine & Christian Museum and Cultural Institutions and State Services of Sicily, and it is included within the framework of the Museum’s international collaborations for the promotion of Byzantine and post-Byzantine culture.

The exhibit presents 41 Byzantine and post-Byzantine icons from the collections of the Byzantine and Christian Museum. The icons were rescued from the ruins of the Saint Nicholas “of the Greeks” church by the crew of the Greek warship “Sfakteria” shortly after the big earthquake of the 28th of December 1908, which devastated the city of Messina.

Some of them are works of famous painters, such as Michael Damaskenos (2nd half of the 16th century) or Viktor (2nd half of the 17th century), while others were unknown so far, even to the scientific community, and are on show for the first time after being conserved anew by the Byzantine and Christian Museum’s conservators, with modern techniques, and impressive results.

The exhibition also includes nine icons bearing Byzantine influence, from the Regional Museum of Messina “Maria Accascina” Collection, as well as 16 manuscripts, some Byzantine in provenance (probably from Constantinople) and others of Byzantine influence, coming from the famous Monastery of San Salvatore in Messina, which no longer exists. The manuscripts are now kept in the city’s Biblioteca Regionale “Giacomo Longo”.

The exhibits date from the mid-10th to the 15th century, showing the Greek presence in Sicily from the Βyzantine era to the 19th century, focusing on the city of Messina, where a flourishing Greek Community existed.

The exhibition is accompanied by a luxurious catalogue, written in two languages, English and Italian.