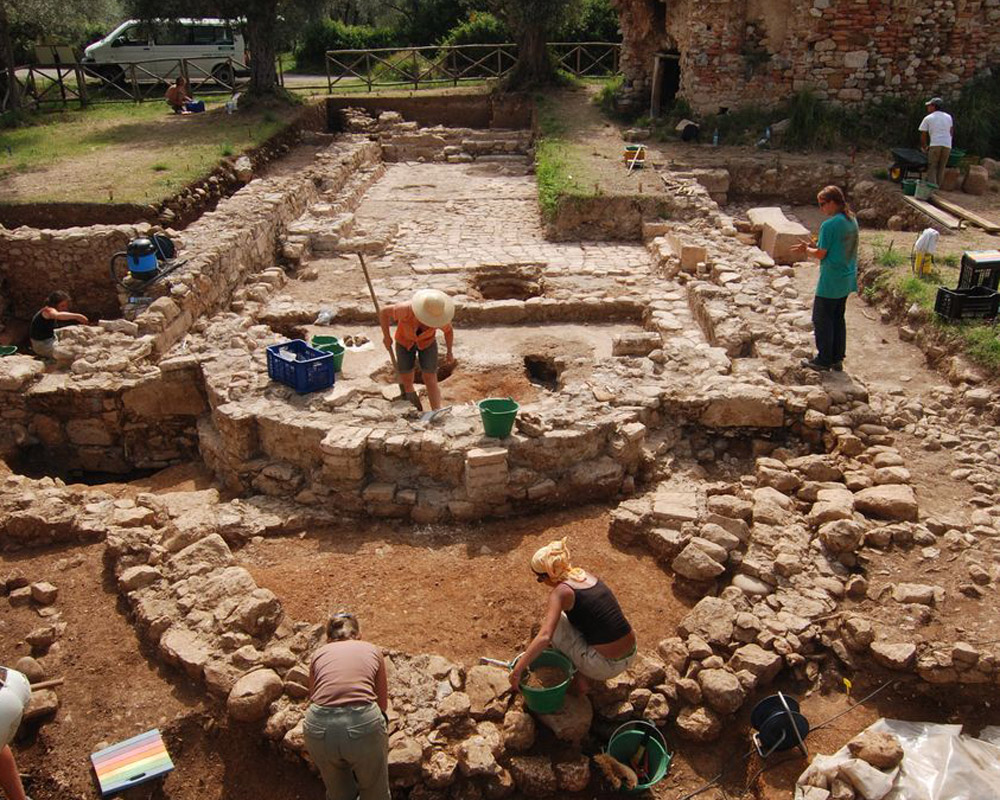 Continuity down through the ages

Proof of a thousand years' use of a Sicilian farmland estate

Sicily is popular – and not only for travellers to Italy. Its strategic location has garnered the attention of various historical superpowers. While the ancient era saw the island dominated first by the Greeks and later the Roman Empire, in the High Middle Ages it was the centre of the Norman state in Southern Italy. The full four centuries of Byzantine rule prior to that are less well known – not least due to the fact that the period has been the subject of little scientific analysis. Thanks to two projects at the Institute for Byzantine and Modern Greek Studies at the University of Vienna, however, important data has now been brought to light regarding settlement activity during this epoch, as well as the period’s economic and religious history.

From Farmland to Heavenly Consecration

For ten years the two projects focused their attention on farmland in the northeastern Sicilian village of Torrenova (some 120 kilometres west of Messina) that demonstrably served as a monastery between the 12th and 16th centuries: San Pietro di Deca. A portion of the construction, which belonged to the former monastery, has survived to this day: an octagonal domed building known as “Conventazzo” survived changing times thanks to numerous modifications.

On the whole, there are suggestions of continuous use from Late Antiquity until the early modern era. “Using a single building complex, we’ve been able to make significant contributions to the reconstruction of Sicily’s rural economy. Although previously there were few written sources indicating continuous use, our excavations and the analysis of the finds have now provided the archaeological evidence,” says Prof. Ewald Kislinger, who heads up both projects.

Investigations commenced in 2001 with a detailed exploration of the site using the most advanced ground-penetrating radar. The georadar allows the non-invasive identification of hidden building structures under the soil. In fact, at the time, the team led by Prof. Kislinger was even able to demonstrate the presence of a church and a former Roman villa rusticafrom Late Antiquity. The finds were subsequently exposed over the course of several excavation campaigns.

Thanks to numerous building remains, the church was able to be dated to the early Norman period (from the year 1061 onward). To the surprise of the entire team, subsequent work even revealed the apse of an older building probably with ritual function dating from Late Antiquity. The project work proved that the Conventazzo constituted the essential link between the church complex and the villa rustica. As Prof. Kislinger explains: “From the Romans to the Byzantines to the Normans and concluding with the Spanish period in Sicily, we have found vestiges of human settlement in S. Pietro di Deca. This demonstrates continuity and change at this farmland estate over a millennium.”

Numerous coin finds vividly demonstrate the once bustling activity at the estate, with the finds related to the monastery’s yearly fair, which written sources document until 1585. Overall, the finds (among others, from some forty excavated graves) offer a first glimpse into the lives of the rural population of an island whose historical analysis previously applied primarily to the upper class.

Thanks to the two FWF projects, the local population has also been given new insight into their own history, which has provided impetus to present the finds as tourist attractions and thus extending San Pietro di Deca’s centuries-long tradition of economic exploitation into the 21st century.