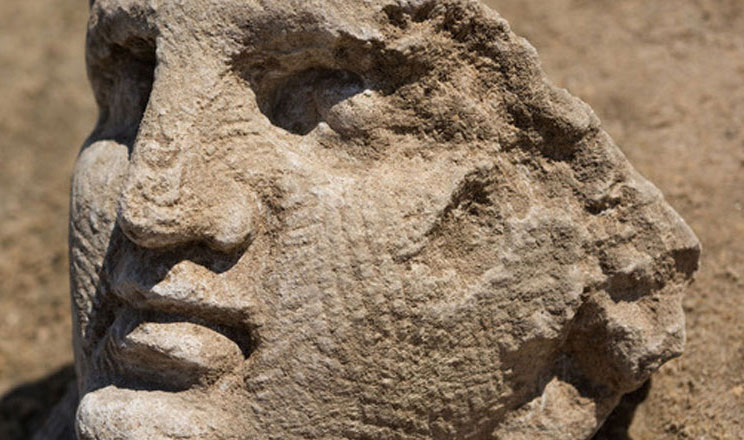 An unexpected discovery with no equivalent in Roman Gaule

A large Roman sanctuary which came to light during excavations prior to the building of a shopping centre is currently being investigated at Pont-Sainte-Maxence (Oise) of northern France. Archaeologists date the unique shrine to the middle of the 2nd c. AD.

The building, which has no equivalent in Roman Gaul according to archaeologists, measures 70 m x 105 m. To the rear the foundations  of two pavilions are preserved. Its inner chamber (the Cella) was accessed by a staircase.

The sanctuary has a monumental façade more than 10 m high and 70 m long, which are exceptional dimensions for Roman Gaul. The façade consisted of 13-17 arches and an entablature with an  Attica frieze. The frieze was decorated with 3 times life-size heads of Greco-Roman gods, whose eyes were inlaid with coloured stones. Sitting griffins with outstretched wings, meanders, kantharoi were also parts of the carved decoration.

Archaeologists are currently studying he tumble of stone blocks and fragments, which was left by the collapse of the façade, a few decades after the sanctuary was erected.