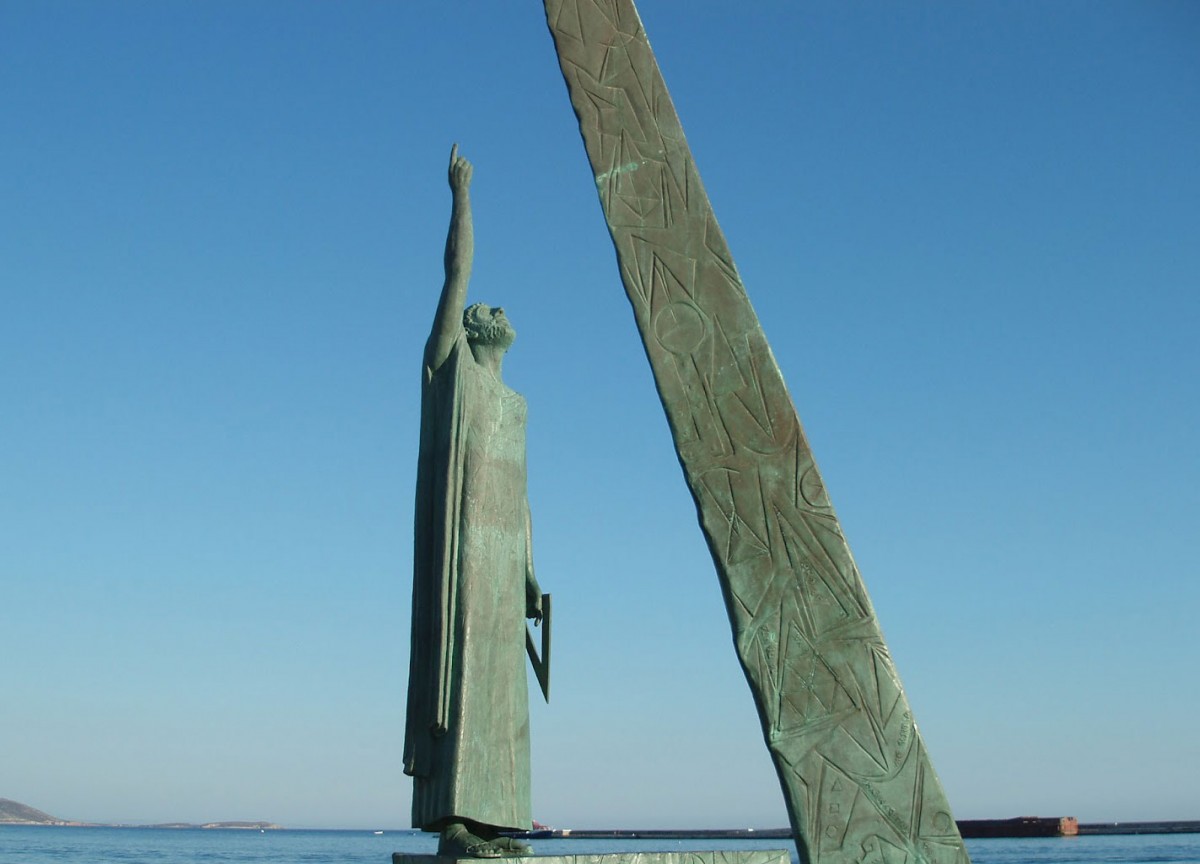 Did Thales discover the Pythagorean theorem?

“Ever since the publication of Walter Burkert’s Lore and Wisdom in Ancient Pythagoreanism (1972, translated from the German edition of 1962), the consensus of scholarly opinion has been to deny Pythagoras’ connection with the famous theorem that bears his name. The evidence is exiguous, and the reports that do connect Pythagoras with the hypotenuse theorem are regarded to be unreliable because they are so late. Some years ago, I began to re-think this matter and came up with an approach I have never before seen in the literature on ancient philosophy – to trace through the geometrical diagrams that are plausibly connected to grasp the theorem, based on the evidence we have, and from archaeological evidence in projects from Archaic Greece exhibiting applied geometry in monumental temple building and engineering – and it has enabled me to create a plausible circumstantial case to connect Pythagoras to the theorem after all. But curiously enough, I reached the conclusion that Thales, before him, knew an areal interpretation of the theorem, and young Pythagoras learned it from him,” explains Prof. Robert Hahn (Carbondale IL) in the abstract for his upcoming lecture at the German Archaeological Institute (DAI) in Athens.

In his talk Prof. Hahn aims to lay out and discuss the geometrical diagrams, which he discusses in his forthcoming book The Metaphysics of the Pythagorean Theorem.