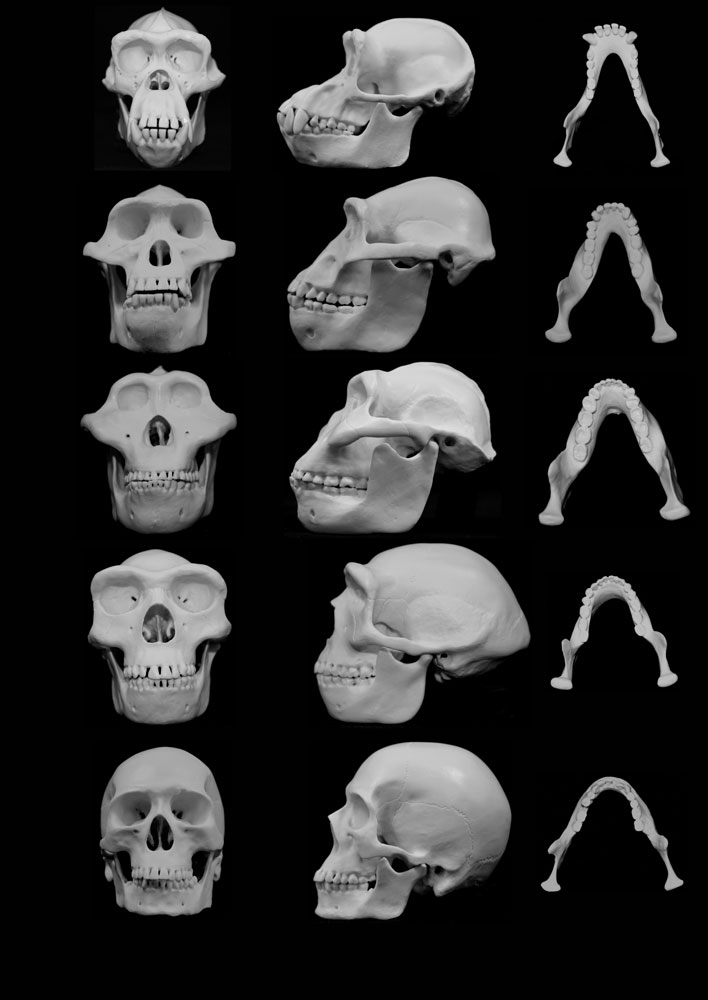 The face of violence?

“When humans fight hand-to-hand the face is usually the primary target and the bones that suffer the highest rates of fracture are the parts of the skull that exhibit the greatest increase in robusticity during the evolution of basal hominins. These bones are also the most sexually dimorphic parts of the skull in both australopiths and humans.”

In their paper “Protective buttressing of the hominin face”, published in the Biological Reviews, on June 9, 2014, Michael H. Morgan, a University of Utah physician and David Carrier, a University of Utah biologist suggest that many of the facial features that characterize early hominins evolved to protect the face from injury during fighting with fists.

“Specifically, the trend towards a more orthognathic face; the bunodont form and expansion of the postcanine teeth; the increased robusticity of the orbit; the increased robusticity of the masticatory system, including the mandibular corpus and condyle, zygoma, and anterior pillars of the maxilla; and the enlarged jaw adductor musculature are traits that may represent protective buttressing of the face.

“The protective buttressing hypothesis provides a functional explanation for the puzzling observation that although humans do not fight by biting our species exhibits pronounced sexual dimorphism in the strength and power of the jaw and neck musculature. The protective buttressing hypothesis is also consistent with observations that modern humans can accurately assess a male’s strength and fighting ability from facial shape and voice quality.”

Although the study by Carrier and Morgan indicates that violence played a greater role in human evolution than is generally accepted by many anthropologists, Morgan says that their research is about peace: “We seek to explore, understand, and confront humankind’s violent and aggressive tendencies. Peace begins with ourselves and is ultimately achieved through disciplined self-analysis and an understanding of where we’ve come from as a species. Through our research we hope to look ourselves in the mirror and begin the difficult work of changing ourselves for the better,” Michael H. Morgan, a University of Utah physician explained about the research he conducted along with University of Utah biologist David Carrier, in order to find out what contributed to the evolution of faces in the ape-like ancestors of humans.