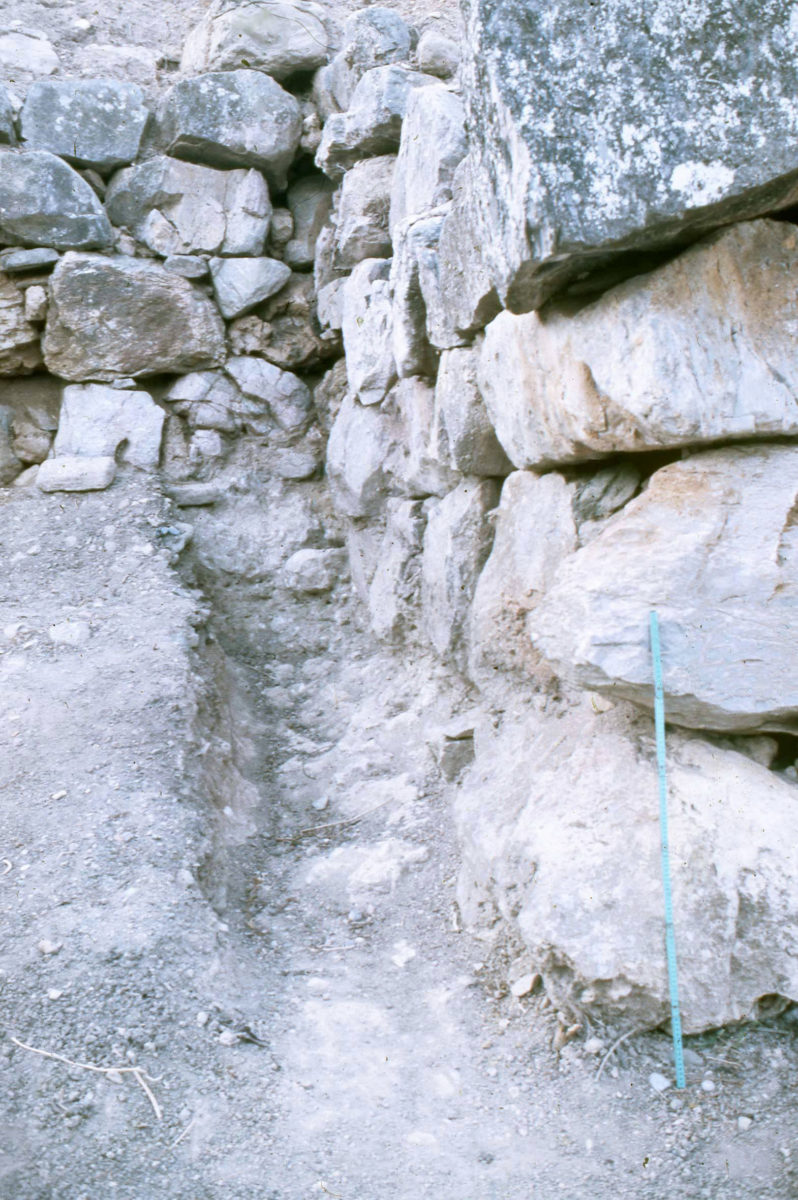 Evidence of violence and martial readiness in Minoan Crete

Evidence of violence and martial readiness in Minoan Crete Talk by Dr M. Tsipopoulou at the Heraklidon Museum

Just how peace loving were the Minoans? Why did they not leave behind images of wars, battles and walls despite their contacts with other eastern peoples who were their contemporaries and who used such representations? Were the inhabitants of Minoan Crete perhaps ‟flower children” living among the lilies and passing their time with bullfights and festivities in meadows and olive groves?

‟Unfortunately this is not the case. Single city political entities evolved in Crete and at some point, Knossos seems to have dominated the whole island. States are not founded without violence, they are not established without struggles and upheavals, whether internal, within the community or external with their neighbours”, answered Archaeologist Dr. Metaxia Tsipopoulou in her talk ‟War in the prehistoric Aegean: evidence of violence and martial readiness in Minoan Crete”, which she recently gave at the Herakleidon Museum, opening the thematic cycle of archaeological lectures on ‟War in Antiquity”.

Ms. Tsipopoulou is honorary director of the Ministry of Culture and Sports, a specialist in the Bronze Age and Early Iron Age in the Aegean, and specifically in Crete, where she has conducted many important excavations. For the last 15 years she has been head of archaeological research at Petras in Sitia; a cemetery of the early and middle Minoan period (continuous use from 2800 to 1700 BC).

So how can the absence of martial themes in the art of the Minoans be interpreted? In two ways, the speaker explained. ‟First of all, that in over 2,000 years of Minoan civilization there were no wars or other conflicts, or secondly that the Minoans believed for some reason that they should not depict battles and warfare … Obviously common sense is in favour of the view that the Minoans chose not to portray war”, she pointed out.

It is hard to explain why such a thing happened. As well as why in Minoan culture there is no representation of or reference to a lord. ‟In Minoan culture we have no representation of a lord, neither has any name come down to us except for that of Minos and perhaps Radamanthes, about whom we do not have much information. Moreover, Homeric Idomeneas was a Mycenaean king of Crete”, noted Mrs Tsipopoulou having already stressed the mystery of Minoan culture which continuously thickens, despite new finds and fresh interpretations. Here is an interesting piece of information from the archaeologist herself: ‟For those who wonder about the famous Prince with the lilies from Knossos, I am afraid I shall have to disappoint them, because this fresco has been made up of two or three different images; the body belongs to a boxer while the head is that of a sphinx, according to a study of the fragments published by Wolf Dietrich Niemeyer”.

Nevertheless, walls  did exist in Minoan Crete, like those discovered during systematic excavations conducted by Mrs Tsipopoulou in the 1980s in the Bay of Siteia, specifically in Aghia Fotia and mainly in Petras. A Minoan palace was discovered there, part of an urban settlement as well as a un plundered elite cemetery which was in use for approximately 1.000 years. In Aghia Fotia , the wall that surrounds the, so far, only rectangular building, dates with the latter from around 2100-2000 B.C. ‟Was there perhaps danger from the sea ?or did the people who constructed it want to protect their space and activities from the neighbours?” are some of the questions that arise, according to the honorary director of the Ministry of Culture and Sports.

Likewise in adjacent Petras, at the site of Minoan Siteia, what part could be played by two more walls, almost cyclopean in structure and with rectangular towers , the second of which surrounds the palace’s plateau on the hill top? According to its excavator, these two walls are part of extensive configuration works of the greater area which are related to the founding of the palace. So what does she believe? ‟Around 1900 B.C. the founding of the Early Minoan palaces was predated by social upheavals, the scale of which we cannot know, until one of the elites of each place prevailed or ,most likely, a compromise was reached between a few distinguished lines of rulers, who then undertook the palaces’ administration. The walls were built immediately afterwards, so they were probably a declaration of power and propaganda by the new authorities in the face of those considering to undermine it, whether local or from across the sea”. Consequently the walls ‟are not associated with any type of warfare, but were built immediately after whatever upheavals, precisely to avoid similar ones in the future, against the new ruling class”, explained the speaker, adding that there are walls belonging to the same period from two other important palatial sites in eastern Crete, those of Malia and Zakros.

What about weapons? In the Early Minoan period (circa 3000-2100), most of them were daggers, i.e. small swords either silver or bronze which according to scholars were either used for display (the silver ones) or as knives(he bronze ones) for various daily uses, while on rare occasions they could have been used as weapons in duels. ‟Roughly about that time, as well as slightly later, we also encounter male figurines that wear similar daggers in their belts, as in the very well known one from the peak sanctuary of Petsofas, near Palaikastron, east of Petras. Such weapons could kill if necessary, but those who carried them probably aimed to impress, displaying their high social position which allowed them to access expensive imported raw materials such as copper and ivory”, Mrs Tsipopoulou pointed out.

After the destruction of the palaces of Crete around 1900 B.C.-probably by an earthquake- new palaces were erected with Knossos being the most important. The policy of expansion in the Aegean begins in that same period. How peaceful was it? ‟ Minoan settlements in Thera, Rhodes, Kea, Samos but also in Miletos and Iasos in Asia Minor were probably colonies established for trading purposes. It is certain that a number of Minoans lived there, not just for trading reasons; they transferred their culture, their seals, in some cases tablets of Linear B script, their vases, cooking, weaving and so on.

Minoan, or rather Knossian, dominance in the Aegean was called ‟Minoan peace” corresponding to the much later ‟Roman peace” that prevailed throughout the Mediterranean after the Roman conquests of all Hellenistic kingdoms. Was there perhaps a Minoan army on the islands to protect their sovereignty or was it just an initially peaceful, commercial and cultural expansion? Did some war precede the ‟Minoan peace”? We do not know. Apart from the Minoan expansion in the Aegean, there are two other interesting changes during this Neopalatial period; the first in weaponry and the second in imagery”, Ms Tsipopoulou remarked.

She explains that at that time in Crete, large swords began to appear that were certainly more functional than the earlier daggers. Moreover, for the first time we have depictions of duals on signet rings. What do these examples signify? ‟They are probably linked with the so called Minoan maritime empire, but they definitely indicate the rise of new elites within Minoan society in the Neopalatial period, who felt the need to distinguish themselves as warriors.  They obviously had the time to also train in arms so as to promote their ideology to a symbolic level”noted Ms Tsipopoulou, adding that it is very strange these depictions of duals should be restricted to microsculpture, when they would work better as frescoes, as was the case later on in Mycenaean Greece. ‟As we have said however, in Minoan wall paintings we have no scenes of violence or war”.

After 1450, Crete came under Mycenaean rule and many changes occurred within the society and the administration. New elites appeared. The Mycenaeans were warriors and many of them had been buried with their long swords but also with their helmets made of boar’s tusks. Following the fall of the Mycenaean palaces in Mainland Greece, new waves of Mycenaeans arrived on Crete and were assimilated into the local population. Among them were also groups of warriors who, in the 12th century B.C. were buried in small tholos/beehive tombs along with their powerful weapons.

The complete talk will shortly be uploaded to the site www.blod.gr