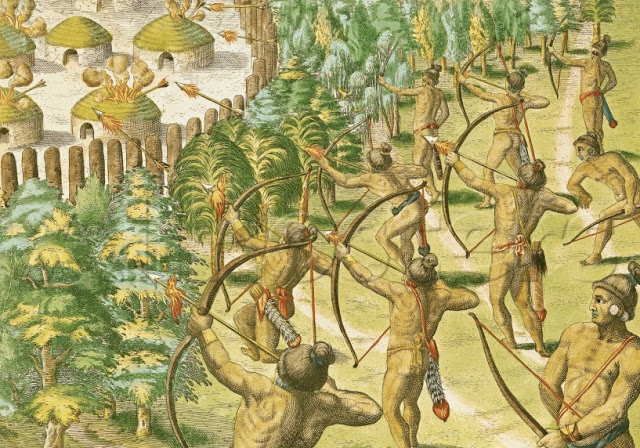 Violence in prehistoric central California driven by scarcity of resources

A longtime Cal Poly Pomona anthropology professor who studies violence among prehistoric people in California has been published in a prestigious journal.
Professor Mark Allen’s study, titled “Resource scarcity drives lethal aggression among prehistoric hunter-gatherers in central California,” was published in the Proceedings of the National Academy of Sciences. Allen teamed up with professors at UC Davis, the University of Utah, Cal Poly San Luis Obispo and an archaeologist for the Sacramento-based Millennia Archaeological Consulting.

“You have to have something significant,” Allen says of what it takes to be published in the journal. “You have to have good evidence. As archaeologists, you don’t get the data you want most of the time. We are typically dealing with fragmented evidence.”

Allen says there are two views related to the origins of violence and warfare in humans — one view that humans in earlier times were peaceful and lived in harmony and a second view that there has always been competition for resources, war and violence.

The second view was confirmed in Allen’s study. Using an archaeological database of human burials of remains from thousands of Central California inhabitants between going back more than 1,000 years, Allen and his fellow researchers looked at the wound marks from physical traumas they suffered. They also compared that evidence to the environment and looked at the way the communities were socially organized, he says.

They found that California had the highest population density in all of North America, with lots of small groups living in close proximity. There were approximately 100 different languages spoken in California at the time. The data showed how the scarcity of resources and violence correlates.

“When people are stressed out and worried about protecting the group, they are willing to be aggressive,” he says. “Violence is about resources for the group.”

The data related to the remains showed that about 7 percent of the population at that time had evidence of forced traumas, whether they were shot by an arrow, stabbed or bludgeoned. For females it was 5 percent and for males it was 11 percent, a percentage of violent trauma not even reached during World War II, Allen says.

Allen, who teaches North American and California archaeology, says that his research on the origins of violence and warfare speaks to what is happening in modern times.

“It’s important to study it because if we are ever going to have hope of stopping it, we have to know the cause,” he says. “If we want to reduce conflict, we need to figure out what to do about resource stress.”