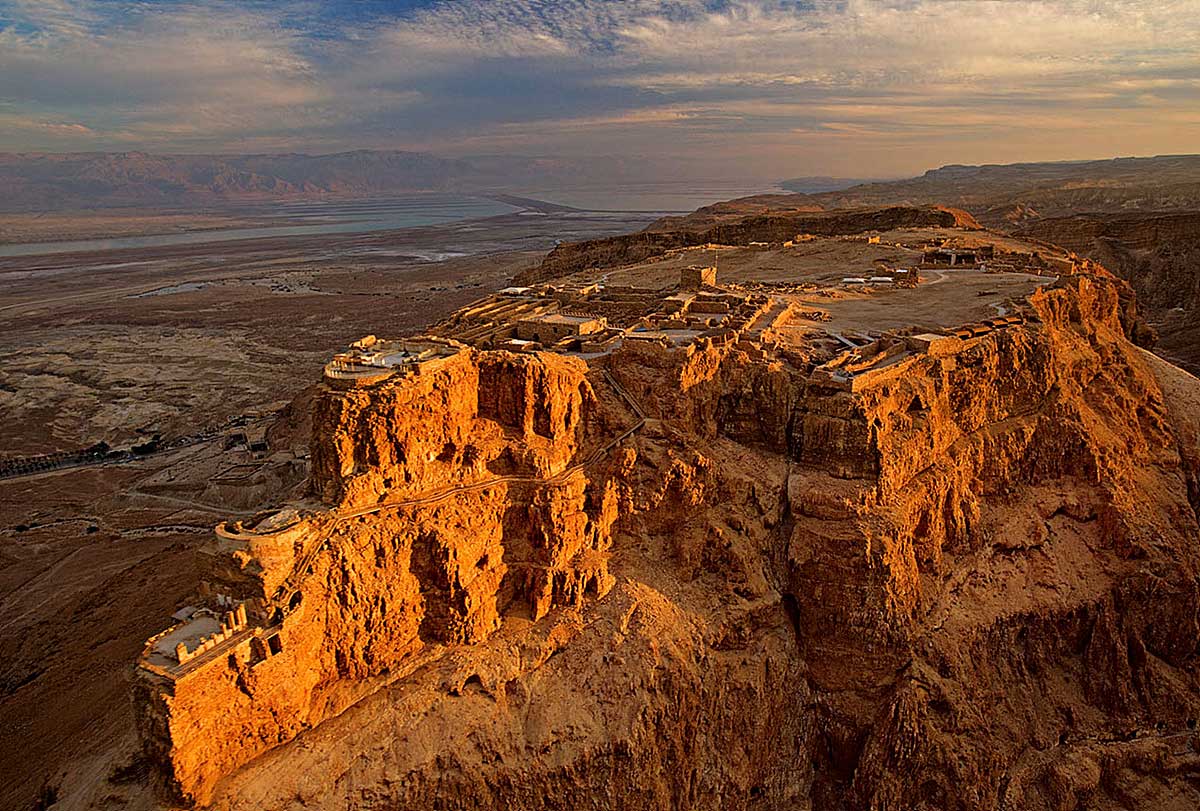 The Siege of Masada from the Roman Viewpoint

The current issue of the Biblical Archaeology Review contains interesting articles about a variety of subjects.

In the siege of Herod’s desert fortress at Masada at the end of the First Jewish Revolt, the Romans waged both literal and psychological warfare to impress upon the Jewish rebels that their situation was hopeless. In “The Masada Siege—From the Roman Viewpoint,” Gwyn Davies examines the archaeological remains of the Roman siege works—the most complete surviving siege system of the ancient world.

The Marriage of the Virgin by Flemish painter Robert Campin depicts the very dawn of Christianity, when it was separating from —and superseding— Judaism. In “Parsing ‘The Parting’ Painting,” Theodore Feder explores what this 15th-century painting reveals about the parting of the ways between the Church and Synagogue.

More than 200 Biblical texts written in Hebrew were discovered among the Dead Sea Scrolls. How do these ancient Biblical texts compare with the Masoretic Text and the Greek Septuagint in scholars’ search for the most authoritative text of the Hebrew Bible? Emanuel Tov examines this question in “Searching for the ‘Original’ Bible.”

The Bible condemns infant sacrifice. Did it occur at Carthage? In “Infants Sacrificed? The Tale Teeth Tell,” Patricia Smith presents evidence that seems to confirm that infant sacrifice was indeed practiced at Carthage. But this conclusion has not gone unchallenged.