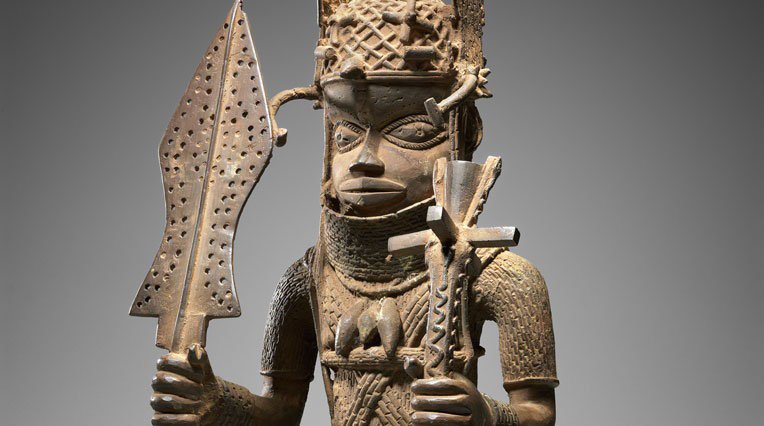 After an agreement with the National Commission of Museums and Monuments, Nigeria

The Museum of Fine Arts, Boston (MFA), has reached an agreement with the National Commission of Museums and Monuments, Nigeria (NCMM), transferring to the Commission eight antiquities of Nigerian origin that are believed to have been the subject of illicit trafficking.

The antiquities include two Nok terracotta figures and a terracotta Ife head, archaeological materials that are known to be at high risk for theft and looting. The group also includes an ekpu, or ancestral figure dating to the 18th or 19th century, which was part of the collection of the Oron Museum, near Calabar, Nigeria, as late as the 1970s; and a bronze altar figure of about 1914, which was likely stolen from the Royal Palace in Benin City in 1976. Two terracotta heads produced in the Kingdom of Benin and a group of Kalabari screen figures appear to have been illegally exported.

The MFA received the objects in the bequest of a local collector of African art, who acquired all eight objects in good faith in the 1990s from dealers in the United States and Europe.

The Museum began the process of researching the provenance (or history of ownership) of the objects after receiving notification of the bequest. Recognizing that these eight objects were probably illegally removed from Nigeria in recent years, and that their export would have been regulated by Nigeria’s National Commission for Museums and Monuments Act (chapter 242) of 1990, the MFA contacted the NCMM to seek its authorization before proceeding with their acquisition. The NCMM swiftly responded that the export of these objects had not been approved; and, indeed, that several documents which purportedly authorized their sale and export were forged. Upon receipt of this information, the MFA began to arrange for the return of the objects to Nigeria, which were received by Nigerian authorities earlier this month.

The objects transferred to Nigeria from the MFA are:

The Teel Collection at the Museum of Fine Arts, Boston

The MFA received the eight Nigerian objects as part of the bequest from the late William E. Teel. The Teel bequest includes more than 300 African and Oceanic works, along with several Ancient American and Native American pieces and a small group of European and American works on paper. Teel and his wife Bertha, who passed away in 1995, were enthusiastic collectors who fostered appreciation of the art of sub-Saharan Africa and Oceania in Boston and beyond. The Teels built an outstanding collection, and played a significant role in placing such works in the domain of fine art in the city. As a result of their long-term support, including the endowment of a curatorial post for African and Oceanic art, the MFA has been able to significantly build its collection of African art. A selection of works from the bequest, mostly from west and central Africa, is now on view in the MFA’s recently refreshed Arts of Africa Gallery.