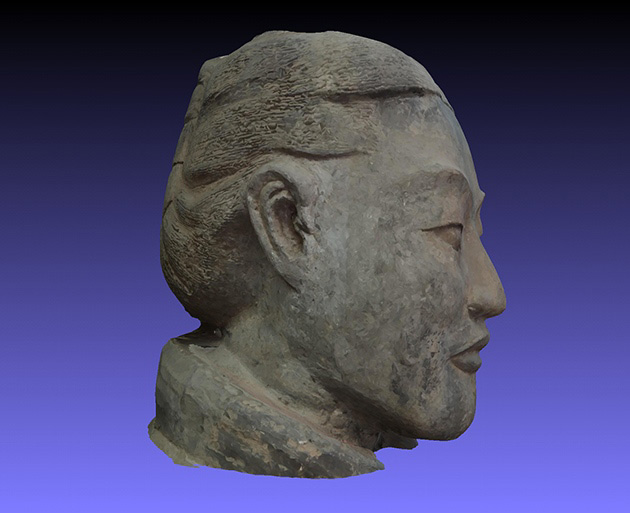 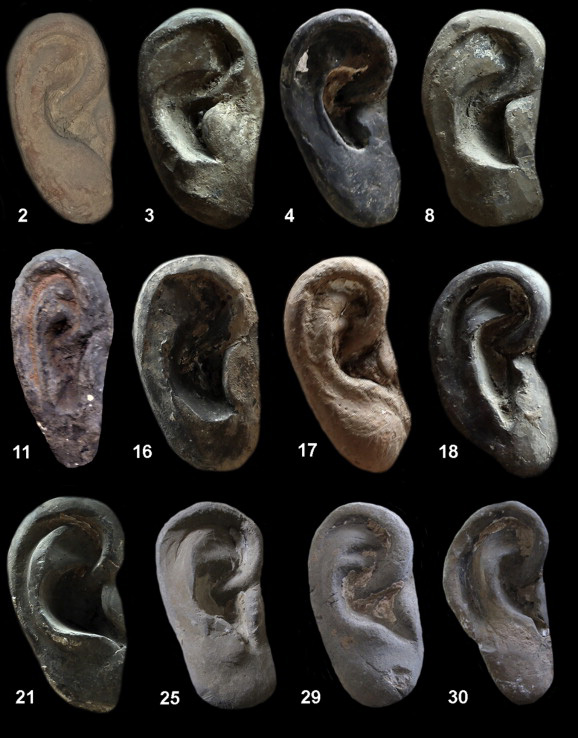 The results of 3D modelling of China’s Terracotta Army, undertaken by UCL Institute of Archaeology and international colleagues, have recently been published in the Journal of Archaeological Science.

The collaborative research project team, led by Andrew Bevan, Xiuzhen Janice Li and Marcos Martinón-Torres, have built 3D models of the terracotta warriors using a recent variant on photogrammetry probably best termed ‘Structure-from-Motion’ or SfM. SfM models are made in several steps, involving photo-capture, image-masking, camera alignment and point-cloud construction. The key to making the technique work well is to achieve considerable overlap between photographs as this allows software to identify shared features visible in multiple images (the ‘motion’ of moving from one camera perspective to another). For instance, the terracotta warrior from Pit 1 shown on fig. 1 was captured via SfM. As a result, one can explore an interactive 3D model of the head.

One of the advantages of this technique is that it enables ‘citizen science’, as members of the public can participate in research data collection by either helping with the photo capture phase itself or by improving the end result by isolating the object from its background on each image prior to model-building.

Intended for a real army

A sample of ears from the Qin Terracotta warriors were modelled and analysed and initial results indicate considerable variation across of the figures. This tentatively supports the hypothesis that the warriors were intended to constitute a real army, whose weapons were standardised (and lethal) but whose individual soldiers were not.

The Imperial Logistics of the Terracotta Army project is a joint research initiative between the UCL Institute of Archaeology and the Museum of Emperor Qin Shihuang’s Mausoleum. It pursues two main research aims: a) to investigate the crafting methods and logistical organisation behind the construction of the Terracotta Army and the broader mausoleum of the First Emperor of China; b) to develop novel hypotheses and methods that may be used as a comparative platform for studying craft specialisation, logistical organisation, cross-craft interactions and strategies of enforced social cohesion in emerging imperial systems.

In 2012, the initiative was adopted by the British Academy as an Academy Research Project in recognition of “the excellence of their scholarship, and the promise and excitement of their programmes”. Only five projects have received this recognition since 2008.