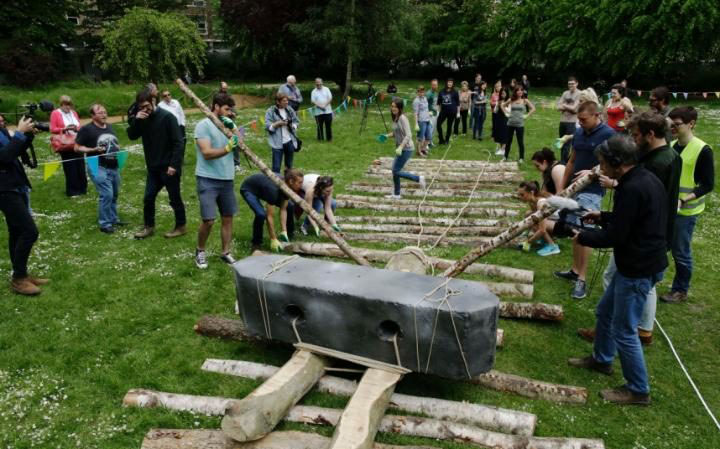 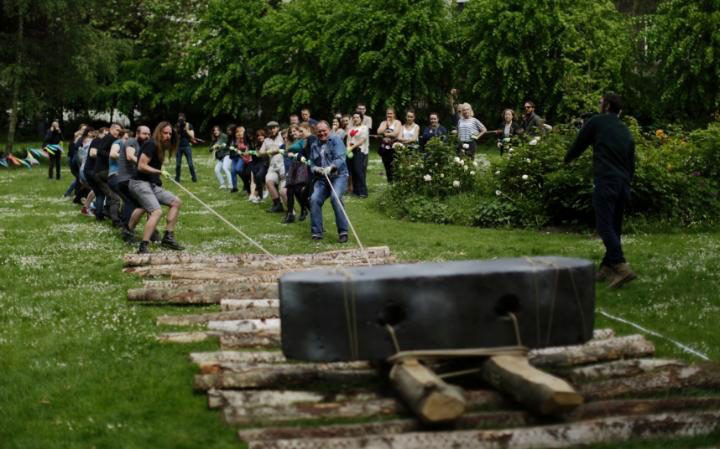 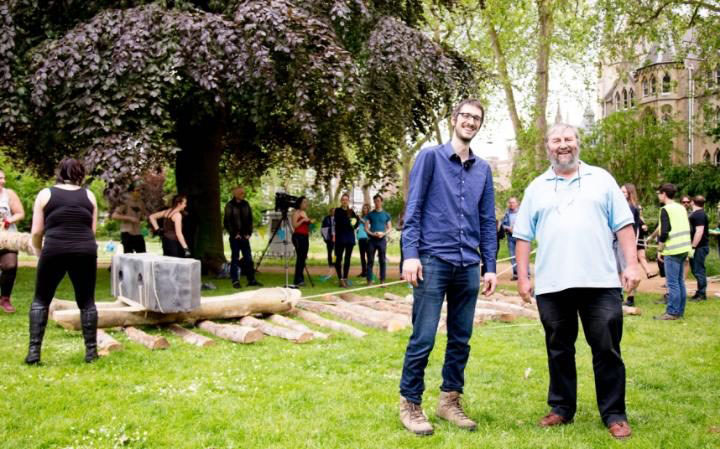 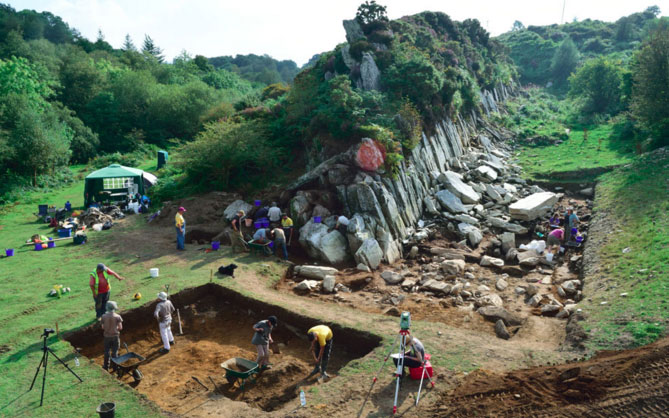 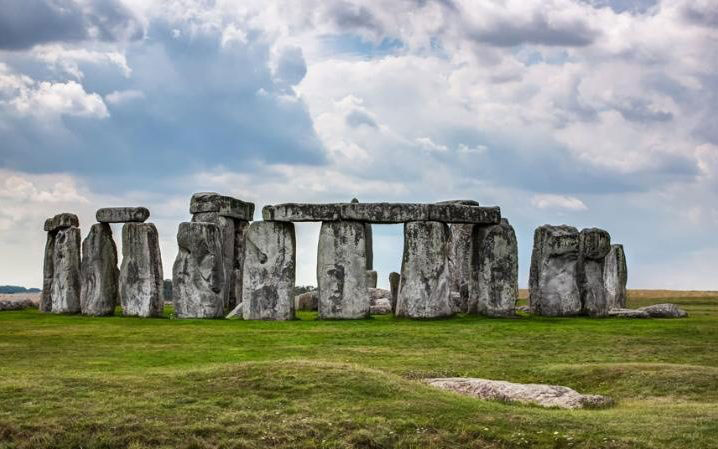 An experiment might explain the transport of Stonehenge blocks

An experiment by University College London tried to provide an answer to the question of how Stonehenge was built. The question that has been puzzling  archaeologists is how the huge bluestones comprising the monument were transported from the Preseli Mountains in Wales (that is where they come from), 140 miles away from the Salisbury Plain where Stonehenge lies. The experiment took place in Gordon Square, London, near UCL’s Institute of Archaeology

A construction of a sycamore y-shaped sleigh dragged along timbers helped volunteers participating in the experiment move a one-tonne stone. It took only 10 people to move the huge stone about 10 feet every five seconds. This corresponds to about a mile per hour if the sleigh is pulled continually.

The actual Preseli stones from Stonehenge were, of course, double the weight of the experimental block, but that means that it would take about 20 people to pull the sleigh, according to Barney Harris, a PhD student who conducted the trial. Mr Harris said that initially they thought it would take at least 15 people to move the block. He also admitted that moving the Stonehenge rocks through the steep slopes of the Preseli Mountains would have been much more difficult. The technological system used, however, has been a practice for many centuries in various parts of the world. Examples can be found in India, where this kind of sledge is still in use, or Japan, where similar sleighs dating back to 2,000BC which carried megaliths have been found. The Forbidden City in China was also built in the same way. The Stonehenge stones comparing to the megaliths carried in the aforementioned examples are relatively small. However, participants and researchers were amazed at how easy it was to move the stones.

The experiment was carried out as part of UCL’s Festival of Culture.