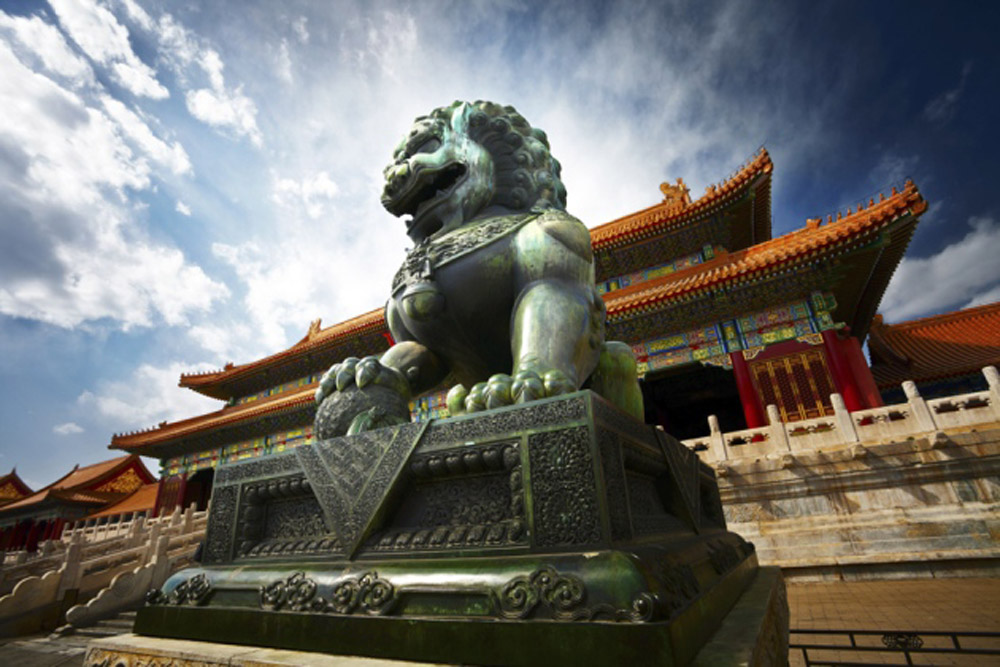 A method safer, more reliable and much easier than using wooden rollers

Ancient Chinese builders managed to transport tons of massive stone blocks from distant quarries to the area of modern day Beijing using sledges sliding along ice roads, in order to build the Forbidden City, research on a set of ancient records suggests.

According to researchers  Jiang Li, H. Chen, and Howard Stone, a set of calculations published in Proceedings of the National Academy of Sciences shows that on uneven, winding roads, this method is “safer, more reliable and much easier than using wooden rollers or dragging the sledges over bare ground”.

“You go to the Forbidden City and see these massive rocks, and you ask yourself: ‘How in the world did they ever move this rock here?’”, says Stone, a fluid mechanicist at Princeton University in New Jersey. Many of the largest stones in the complex came from a quarry located about 70 kilometres from Beijing, Stone explains. His colleague Jiang Li, a mechanical engineer at the University of Science and Technology Beijing, recently stumbled across a  well detailed description related to one particular stone in the complex, adding a lot to the brief descriptions on transpotring material known so far.  The ancient document reported that the monolith, a 49-cubic-metre slab estimated to weigh almost 112 tonnes, was hauled to Beijing in 1557 over the course of 4 weeks — which works out as an average speed of about 8 centimetres per second. Other blocks of rock were even heavier, Stone says.

However, the document raised several questions. Why weren’t the monoliths transported on wheeled vehicles, which had been used in China since the fourth century BC? And was hauling sledges on an ice road the best method available?

Even into the late 1500s, Chinese wheeled vehicles could not carry loads exceeding around 86 tonnes, necessitating the use of wooden sledges for larger burdens, explains Stone.

Using wooden rollers — imagine telegraph-pole–sized tree trunks as large bearings — is tricky on winding roads. The technique also requires a smooth, hard surface to prevent the rollers from becoming mired. Dragging a 112-tonne sledge over bare ground would require more than 1,500 men, Stone and his colleagues estimate. Pulling the same sled across bare ice or across wet, wooden rails would require at least 330 men. But if the stone-burdened toboggan were hauled along an ice road lubricated by a film of water, the researchers say, fewer than 50 men would be needed to tow the load.

According to Michael Parker Pearson, an expert on experimental archaeology and archaeological theory from the University College London (UCL) known for his work on Stonehenge, hauling massive stones long distances over ice roads “is an interesting and plausible idea”. But although winters in northern China were typically cold enough to allow the use of ice-lubricated highways, other parts of the world where large stone monuments are found — Stonehenge is a prime example, he notes — did not have the consistently cold winters required to reliably employ the technique.

Thomas Mathia, an expert in tribology — the science of friction and lubrication — at the Lyon Central School in France finds the team’s results “wonderful and well written”, but probably substantially underestimating the number of men needed to haul a 112-tonne sledge. “For example, the effort to get the sledge moving from a standstill is much larger than that needed to keep it moving. So, around two to three times more men would be needed to transport the stone-burdened sled than Stone and his colleagues estimate, he notes. Furthermore, that is over a flat roadway, says Mathia. To pull the sledge up a 10° slope, you would need another 270 people or so”.

On the Forbidden City

The imperial palace and surrounding buildings in the Forbidden City, a complex that has long served as the figurative centre of China’s capital city, were built in the early 1400s, but construction in and around the complex continued to the late 1500s and beyond.