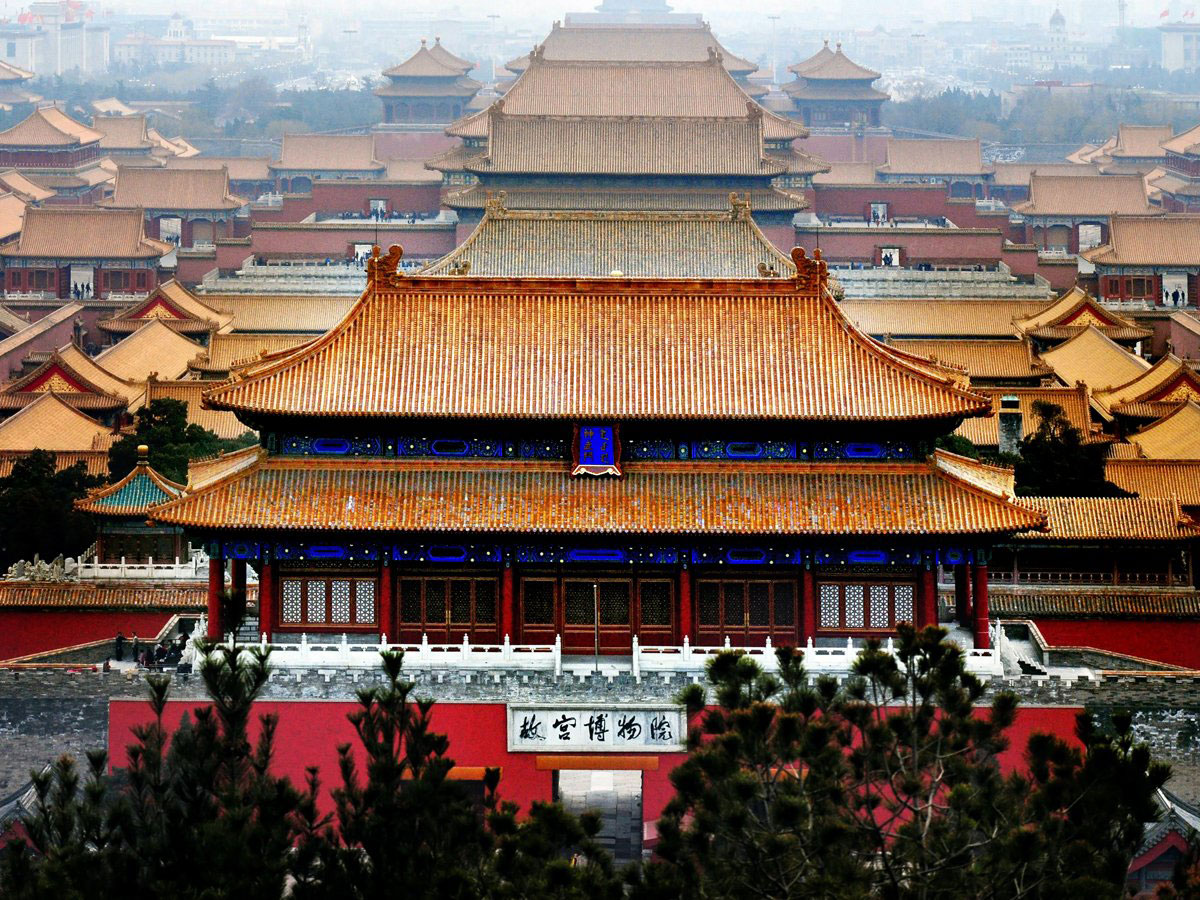 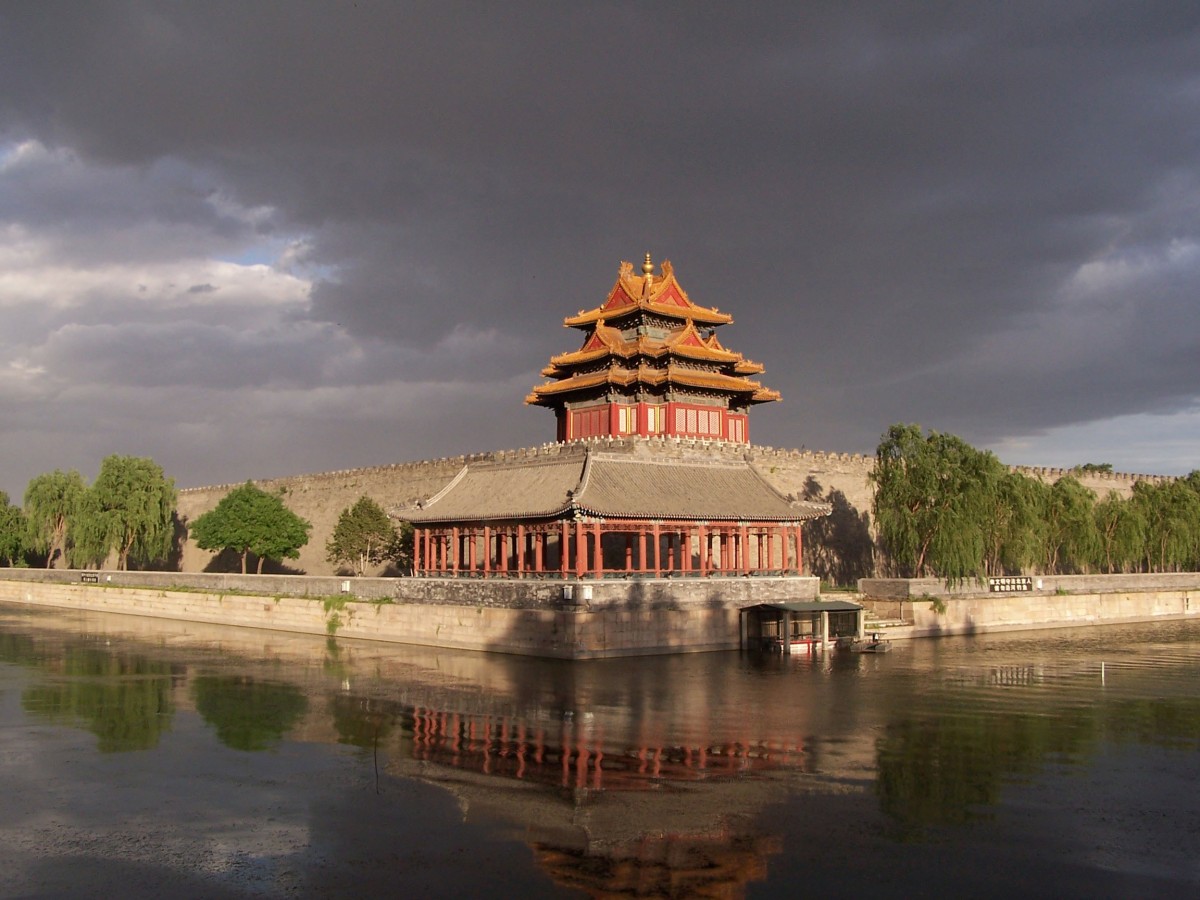 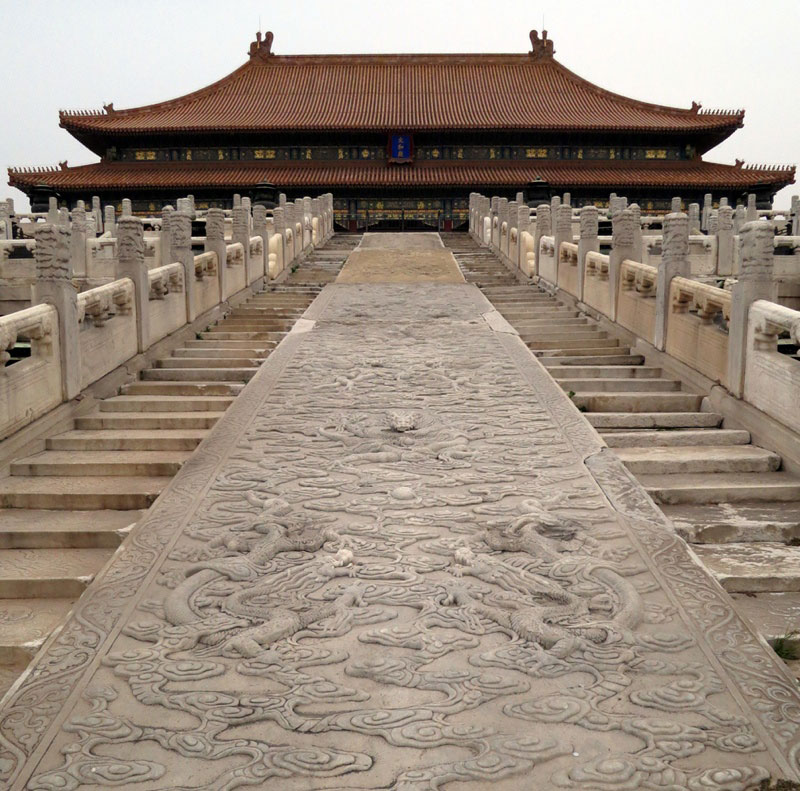 Α remarkable tale of the first American citizen to enter China’s Forbidden City and meet the emperor has been revealed through the study of artifacts and a 200-year-old journal.

The mission was based on a diplomatic deception, and lives would be lost on the journey, but in 1795, at a time when China was wealthy and at the height of its power Andreas Everardus van Braam Houckgeest would get to see the Forbidden City, a palace complex of more than 900 buildings that was off-limits even to most Chinese.

The enterprise of giants

At one point Houckgeest was shown to the emperor’s favorite apartment, which gave him a view of a mountain covered with temples. “This work seems to represent the enterprise of the giants who attempted to scale the Heavens: at least rocks heaped upon rocks recall that ancient fiction to the mind. The assemblage of the buildings and picturesque embellishments of the mountains afford a view of which the pen can give no adequate idea …”, Houckgeest writes of his visit in his journal, as translated into English in the 18th century.

Bruce MacLaren, a Chinese art specialist at the firm Bonhams, has been researching Houckgeest’s tale and presented his findings recently at a symposium at Toronto’s Royal Ontario Museum. While scholars are aware of the tale, MacLaren’s research adds new details and insights.

Drawn by the idea of American democracy

Houckgeest (born in 1739) was a Dutch citizen who had spent much of his life moving between China and Europe, working for the Dutch East India Co. However, in 1783, when the American Revolutionary War ended, Houckgeest decided to travel to Charleston, South Carolina, and make a new start. “He loved the idea of American democracy, he actually watched it very closely from Holland and watched [Thomas Paine’s] ideas happen. He took a keen interest in it and wanted to move to be a part of it,” MacLaren told Live Science in an interview. In 1784, Houckgeest took the oath of allegiance and became a naturalized citizen of the United States. By the 1790s however financial difficulties would forced him to return to China.

The end justifies the means

Houckgeest came up with an idea that would allow him to get back on his feet. A major problem that European traders faced was China’s tight restrictions, merchants being largely restricted to an area on the Pearl River Delta, MacLaren said.

In 1793, a British mission to the Qianlong emperor, the man who ruled China, failed spectacularly, in part because British ambassador George Macartney refused to kowtow (prostrate himself) before the emperor.

Houckgeest made a proposal to Dutch officials in Batavia (modern-day Jakarta, Indonesia) that he lead a mission to the Qianlong emperor to try to give Dutch traders better access to the country. Making the visit in 1795, during the Qianlong emperor’s 60th year of rule, would give the Dutch an excuse to visit him. He also claimed that delegations from other European countries were going to visit China that year. In fact, MacLaren found that no other missions appear to have been planned and Houckgeest seems to have made this claim up to put pressure on the Dutch to approve his mission, which they did.

Entering the fantastical world of the Forbidden City

On November 24, 1794, Houckgeest left for the Forbidden City. Servants, secretaries and bodyguards being aided by about 1,300 laborers helped the envoys make their way from Canton to Beijing. The embassy had to move quickly to reach the Forbidden City by the Chinese New Year, MacLaren said.

The weary travelers would arrive on January 1795. “A number of the laborers died en route,” MacLaren told the Toronto audience.

When they entered the Forbidden City, the travelers entered a seemingly fantastical world. “Instead of rashly undertaking to express and describe with my weak pen all that my eyes admired; instead of endeavouring to communicate to my reader’s mind, the many, the varied and the extraordinary sensations produced incessantly in mine by the sight of so many things, in which singularity, magnificence, boldness of design,and skill of execution were combined, it will be more simple and more natural to confess my incapability,” Houckgeest writes in his journal struggling to describe the palaces, temples and other sights that he saw within and near the Forbidden City.

Although there was much ceremony during the meeting there were also lighter moments. At one point Houckgeest’s hat fell off while bowing (something which the emperor laughed at), the journal noted. The delegation was also treated to a skating demonstration.

“The (emperor’s) sled was drawn to another place, where a gate made of bamboo had been erected, having a leather ball suspended in the center. Two by two (the soldiers) skated over the ice with bows and arrows in their hands, and shot, one at the leather ball, and the other at a kind of hat, of leather also, laid upon the ice at a little distance from the gate,” Houckgeest wrote in his journal.

The food was terrible according to Houckgeest. At one point he said he was served meat that had been gnawed on. He claimed the emperor himself had gnawed it, and he had been afforded a great honor.

“According to the opinion of the Chinese, it was the greatest favour that could be conferred, since we had it in our power to gnaw the bone that his Majesty had begun to clean,” Houckgeest wrote.

At another point the diplomats had to figure out what to give the emperor after their baggage train arrived with their gifts broken.

“Not a single article has escaped undamaged. Everything that was fragile is reduced to fragments. The vessels containing provision, the cases filled with liquor, are broken,” Houckgeest wrote.

Though the mission wouldn’t open up the country to the Dutch, the emperor warmly welcomed the visitors.

MacLaren said that during his time in China, Houckgeest had commissioned about 1,800 drawings showing the country’s interior (then inaccessible to foreigners). Houckgeest would show these drawings to the people of Philadelphia where he returned after the journey and give a Chinese service set, which had been decorated in Canton, to first lady Martha Washington as a gift. The names of the 15 states that were in the union in 1795 were engraved on the set.

Houckgeest built a house north of Philadelphia whose architecture was inspired by China, including a cupola on the roof that was shaped like a pagoda, MacLaren said. Extracts from his journal would be translated into English and published.

Again, however, Houckgeest would falter in America. In 1797 MacLaren said that he was forced to rely on friends to keep him out of debtors’ prison, his financial problems apparently caused by excessive spending.

Art collection scattered around the world

In 1798, Houckgeest left America for London, never to return. His art collection was sold at auction, and MacLaren said that today it is scattered around the world. Houckgeest died in 1801 in Amsterdam, apparently still an American citizen, MacLaren said. Houckgeest had been criticized in his final years for kowtowing before the emperor.