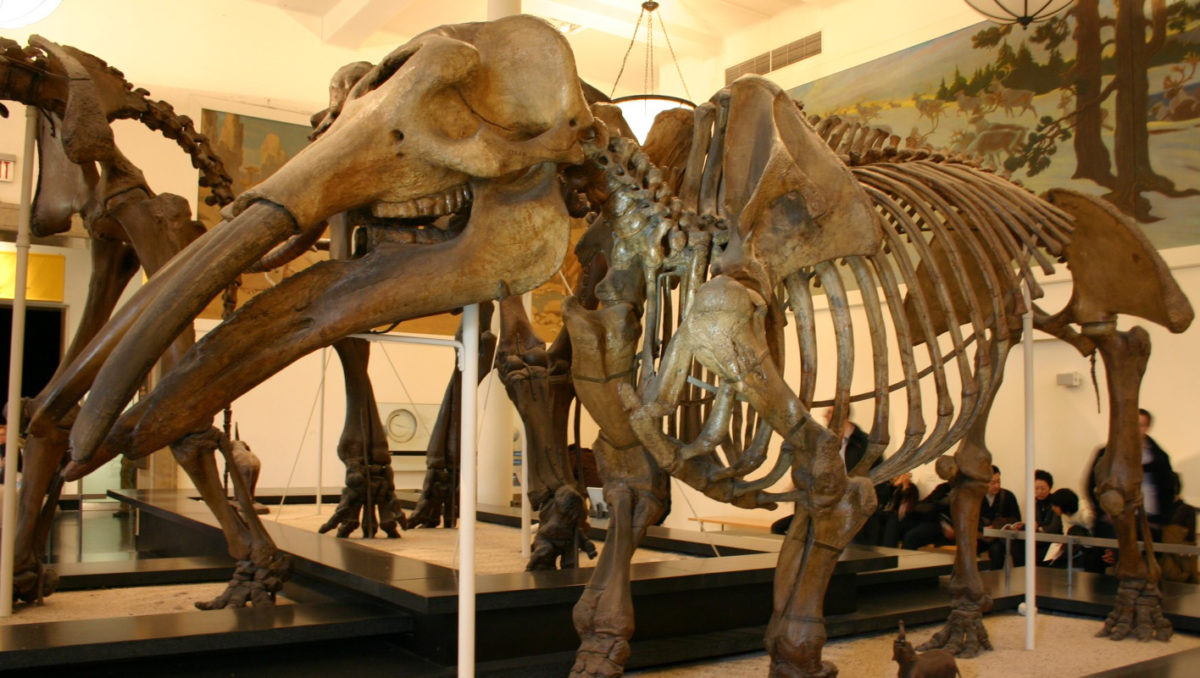 Institute of Vertebrate Paleontology and Paleoanthropology

A new study, led by scientists at the Institute of Vertebrate Paleontology and Paleoanthropology (IVPP) in Beijing, China, including University of Bristol PhD student Zhang Hanwen, examined the feeding habits of ancient elephant relatives that inhabited Central Asia some 17 million years ago.

Zhang Hanwen, from Bristol’s School of Earth Sciences, added: “Gomphotherium was most obvi-ously different from modern elephants by its very long lower jaw that still had lower tusks.

“It also had a shorter, more elongate, barrel-like body shape compared to modern elephants. In essence, a small elephant with short legs.”

Professor Wang explained: “Our study of their evolution shows that Gomphotherium connexum became extinct, but G. steinheimense was part of the line that eventually gave rise to the modern elephants.”

To understand if feeding preference was playing a role in survival and extinction of these ele-phants, Dr Wu Yan of IVPP, the study’s lead author, analysed tiny remnants of plant matter found stuck to the fossil teeth, called phytoliths.

About 30 percent of the phytoliths extracted from the teeth of G. connexum are from soft foliage, whereas another 50 percent or so comes from grasses.

Dr Wu said: “Given that foliage naturally produces far less phytoliths than grasses, this indicates that G. connexum was mainly feeding on foliage, maybe a generalist feeder of all kinds of plant matter.

“When I examined the phytoliths extracted from the cheek teeth of G. steinheimense, I saw a very different pattern – grass phytoliths comprise roughly 85 percent of the total, suggesting this spe-cies was perhaps primarily a grazer 17 million years ago.”

Zhang Hanwen added: “Now things start to get interesting. When our team analysed fossil pollen samples associated with the sediments where the Gomphotherium teeth were found, we realised that woodlands were rapidly transforming into semi-arid savannahs when the two species lived together.

“By adopting a much more grass-based diet, G. steinheimense was apparently responding better to this habitat change than G. connexum.

“Gomphotherium had primitive dentition consisting of low molar crowns, and numerous conical cusps arranged in few transverse enamel ridges on the chewing surface of the teeth.

“This was adapted for feeding on leaves, the primitive diet. But later on, the lineage leading to modern elephants and the extinct mammoths evolved an increased number of enamel ridges, and these eventually became densely packed tooth plates for shearing tough vegetation.

“Our new evidence shows that the diet switch from leaves to grass happened long before the ana-tomical switch in tooth shape.”