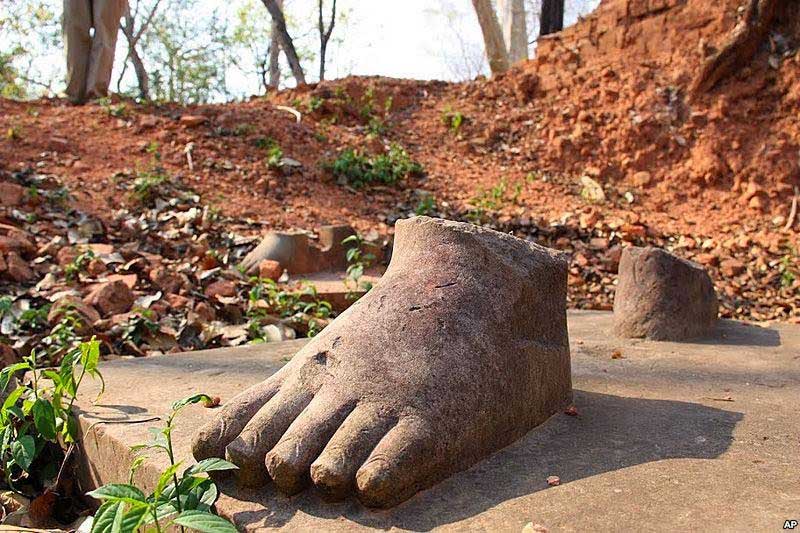 Global criminal trafficking network for ancient art revealed in the first ever empirical study on the matter by researchers at the University of Glasgow.

The study has unveiled the structure of the network of criminals needed to illegally traffic antiquities from ancient archaeological sites to museums and collections around the world.

A study by criminologist Simon Mackenzie and lawyer Tess Davis, both of the University of Glasgow, traced the figures involved along the trafficking chain, beginning with the theft of the antiquity – in this study from Cambodian temples – and ending with its sale to a legitimate buyer.

Research showed there were as little as three to four mediators separating the looters from a legitimate collector.

During the study, which was carried out by the Trafficking Culture research group in the Scottish Centre for Crime and Justice Research, based at the University of Glasgow, researchers interviewed people involved in the looting and trafficking, which took place at various archaeological sites in north-west Cambodia.

Beginning with the looters…

Their research began with the locals who lived around the temples – some of whom had been involved in the looting themselves – rather than taking the approach of other research which has often begun with antique dealers.

The team interviewed elders and religious leaders, along with ordinary members of the communities, then worked up the chain toward the international cultural property dealers.

The study is funded by the European Research Council and the aim of the wider project is to examine the entire chain from the antiquity theft to its public sale.

The looting would begin with a regional ‘broker’, who would organized the looting of statues and deliver them to towns with connections where they would then be transported to the Thai border.

A ‘receiver’ on the Thai side of the border would take delivery of the statues and move them to Bangkok, where they were delivered to an internationally connected dealer.

The dealer, as the connection between illicit and licit trades, would then sell them on to collectors around the world.

Just a few steps between collectors and looters

Professor Simon Mackenzie commented: ‘This is an important study, adding to our very limited knowledge of the early stages of trafficking networks in looted cultural heritage. The research shows how looting of temples connects to the public international market in cultural objects, and we found there were in this case relatively few steps between collectors and the looters. It raises serious questions for collectors of Khmer antiquities, who may not have been aware of the illicit origins of the artefacts they have bought. Encouraging stringent provenance checking of prospective acquisitions by buyers in the market is key to preventing the criminal side of the antiquities trade from flourishing.’