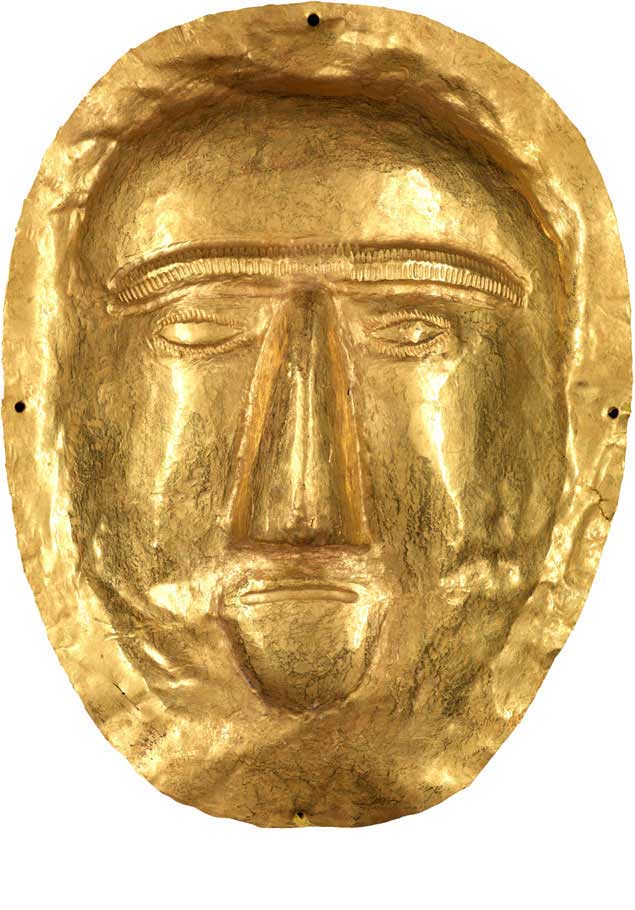 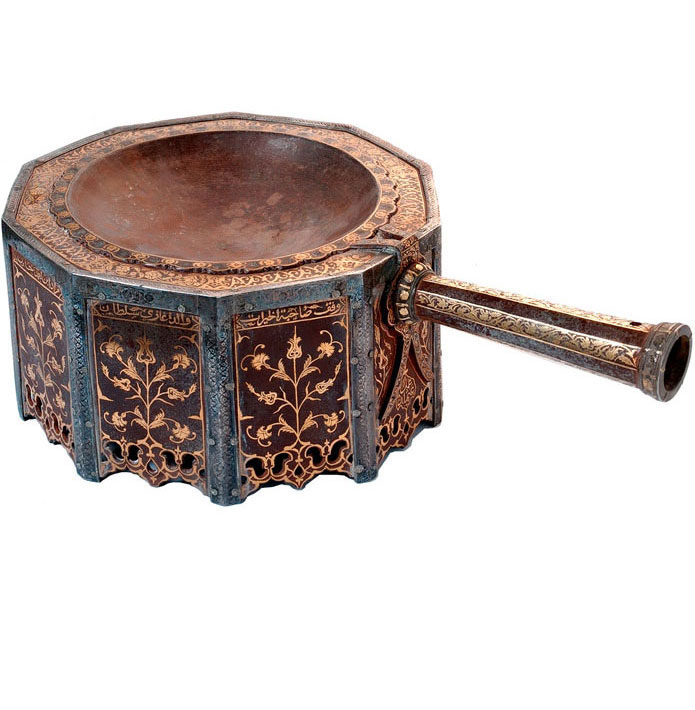 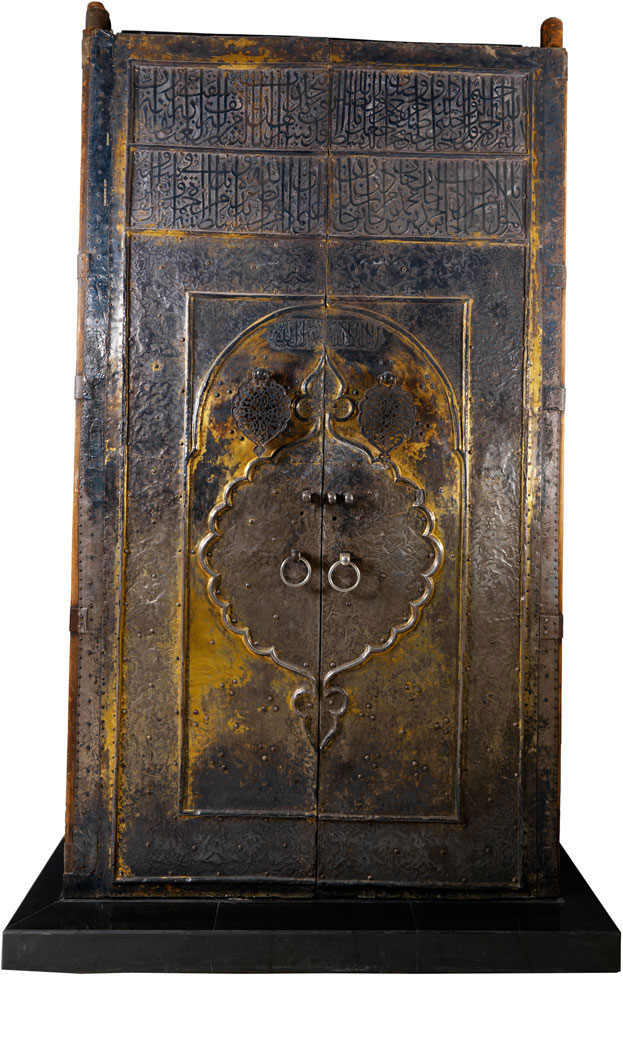 Archaeology and History of the Kingdom of Saudi Arabia

“Roads of Arabia: Archaeology and History of the Kingdom of Saudi Arabia” opens October 24, 2014 and will run through January 18, 2015 at the San Francisco’s Asian Art Museum.

The exhibition features objects excavated from several sites throughout the Arabian Peninsula, tracing the impact of ancient trade and routes and pilgrimage roads stretching from Yemen in the south to Iraq, Syria and Mediterranean cultures in the north.

In 622 CE the Prophet Muhammad made the most momentous journey in the history of Arabia. He and his followers left Mecca (Makkah) for Medina in a migration known as the hijra. This was a pivotal moment in the development of the Muslim community, and it is little wonder that it marks the launch of the Muslim hijri calendar, for indeed it was the inception of a new era, Year One. The century that followed saw Islam extend its reach from the Straits of Gibraltar to the deserts of the Taklamakan. Islam, in other words, emerged in an effulgent blaze, and what preceded it seems cast in deep shadow.

Over the last forty years, however, archaeologists working in Saudi Arabia have been uncovering sites across the peninsula, revealing an ancient past for which there is scant literary testimony and hitherto no tangible evidence. This exhibition, Roads of Arabia, includes well over three hundred objects that date from prehistoric times to the birth of the Kingdom of Saudi Arabia in 1932. It offers, then, a window on the peninsula’s pre-Islamic past and on the axis of the entire Muslim community, the Holy Shrine of the Ka`ba in Mecca.

Arabia before the coming of Islam

Mysterious stone steles, monumental statues of humans, haunting gold masks, and bronze statuettes of Roman gods testify to Arabia’s rich and complex history before the coming of Islam. None of the works had been seen outside of Saudi Arabia until 2010, when the Saudi Commission for Tourism and Antiquities (SCTA) in collaboration with the Musée du Louvre organized the first exhibition of the material. Other venues in Europe included the CaixaForum in Barcelona, the Hermitage Museum in St. Petersburg, and the Pergamon Museum in Berlin. We at the Smithsonian’s Arthur M. Sackler Gallery are delighted to be the first US venue for Roads of Arabia, and also to serve as the organizer of its North American tour.

The objects selected for Roads of Arabia demonstrate that the Arabian Peninsula was not isolated in ancient times. Arabia acted as the conduit for the spices and incense from its southern coast and the Horn of Africa that supplied the temples and royal courts of the Middle East and the Mediterranean. This lucrative trade encouraged the development of a network of oases linked by caravan trails that traversed the peninsula, which was thus connected to the great metropolitan centers of the Ancient Near East—Egypt, Syria, Mesopotamia, and Iran—and the Greco-Roman world. Many of the excavated sites reveal a cultural efflorescence, with objects imported from abroad and objects created locally that witness the strength of local and regional ideologies and aesthetics.

The site of Tayma in the northwest region of Saudi Arabia, for example, was not only a major stop on the caravan route but the refuge for some ten years of the last king of Babylon, Nabonidus (reigned 556–39 BCE). Within a couple of centuries, some 110 kilometers away, at the site of Dedan (modern al-Ula), the Lihyanite rulers erected a temple preceded by an avenue of awe-inspiring, monumental standing figures. Like the sculptors of Archaic Greece, whose styles were initially influenced by the statuary of Egypt, the Lihyanite sculptors created their own response to foreign models.

The caravan trade was accompanied by emigration, and in the half-millennium before the rise of Islam, Arab tribes were present in parts of Jordan, Syria, and Iraq. Notable among these were the Nabataeans, and, while their city of Petra in Jordan is well known, its sister site of Mada’in Saleh in Saudi Arabia is not. Yet it deserves to be, for it is one of the most impressive landscapes in the Middle East, a sculpture park of sandstone outcrops, pierced by funerary caves with imposing carved façades. Because little from the site is movable, it is not greatly represented in this exhibition. One item that is included is a Latin inscription that indicates the cosmopolitan interchanges of this caravan trade.

Another site is located to the southwest, at the edge of the Empty Quarter, the great desert that occupies so much of southern Arabia. At Qaryat al-Faw, Saudi archaeologists made one of their most spectacular discoveries, uncovering a city that contained material typical of southern Arabia alongside Hellenistic figurative sculpture from Syria and Egypt.

The “Roads” after Islam

With the arrival of Islam in the seventh century, Mecca became the religious focus of the expanding Muslim world. If we imagine the “Roads” prior to Islam leading out from Arabia to surrounding regions, the “Roads” after Islam are centripetal, converging on Mecca. Instead of the anthropomorphic sculpture that dominates in the pre-Islamic period, the emphasis shifts to the written word following the revelation of the Koran. In Roads of Arabia, the shrine is represented by two great seventeenth-century silver doors donated by the Ottoman sultan Murad IV. In contrast to this imperial and long-distance patronage stands a large array of epigraphic tombstones—elegies to the Muslim pilgrims, many of them women, whose piety drew them to Mecca.

While archaeologists continue their work beneath the shifting sands of the desert, Roads of Arabia offers a timely glimpse into the peninsula’s richly layered past, and underlines the fundamental transformation that took place in Arabia in the seventh century of our era, the first century of the hijra.