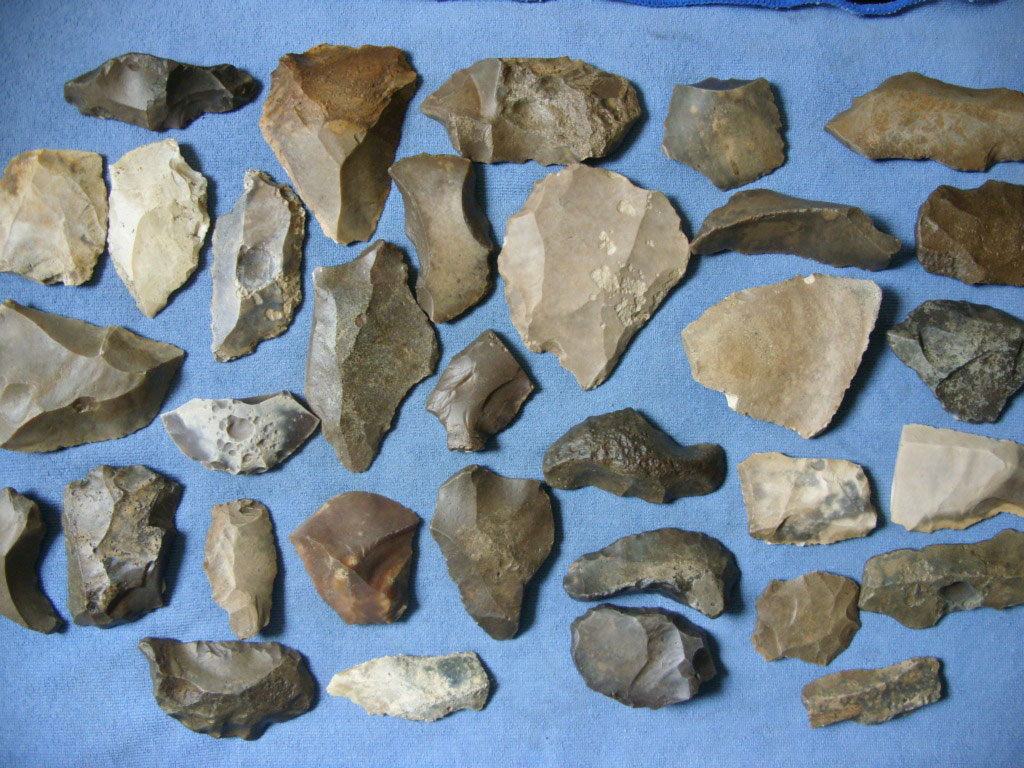 Mobility patterns and management of lithic resources in the Upper Palaeolithic

A piece of research by the UPV/EHU-University of the Basque Country has determined, on the basis of the Ametzagaina site, the mobility patterns and management of lithic resources.

Never before had the mobility patterns and management of lithic resources in the Upper Palaeolithic been determined so precisely. The study of flint remains found in the open-air Ametzagaina site in Donostia-San Sebastian has determined the economic territory of the human groups that lived there for about 2,000 years. The paper, “Where to and What for? Mobility Patterns and the Management of Lithic Resources by Gravettian Hunter-Gatherers in the Western Pyrenees”, has been published in the Journal of Anthropological Research.

The valuable remains of lithic industry

The first inhabitants of Donostia-San Sebastian lived about 25,000 years ago in the spot known today as the Ametzagaina park. Cro-Magnons of the Upper Palaeolithic set up their camps there for a couple of millennia, as shown by the remains in the open-air site. Sites of this type are much more difficult to locate than those found in caves and, what is more, “in theory they are not a good basis for drawing conclusions as they tend to provide little more than the remains of lithic industry,” explained Álvaro Arrizabalaga.

On this site, the oldest in the Donostia-San Sebastian area, however, a significant set of flint items were found. Despite the fact that the area has changed a lot, this find was made possible by the fact that the lines of attack and defence of Donostia-San Sebastian during the Carlist Wars [1833-1876] were located in this area, and there were parts of the site that had been buried and protected under the earth banks beside the trenches.

Numerous flint tools were found while taking samples under these banks. The rock is endowed with excellent properties for carving, an art mastered by those human groups. In fact, in the Gravettian culture to which the Cro-Magnons of Ametzagaina belonged, clear technological progression took place in this sphere.

Moving around a territory indefinitely

These groups were nomads: they had no permanent settlements, but temporary camps instead and basically moved around a territory indefinitely. “Determining where they obtained the flint makes it possible to establish their economic territory. The cultural territory, that of art, is much broader, it would cover the whole of Western Europe,” explained the Arts Faculty lecturer. “Flint was their steel, but it was not abundant, they had to know the locations where there were seams, they made their way there, they rough-hewed it on the spot and returned to their camps just with whatever they could make use of,” he added.

The economic territory of the Upper Palaeolithic groups

The researchers also compared the remains in this site with those in other nearby sites; they found that outcrops of peninsular flint were worked in 90% of the sites in the Peninsular Basque Country, and that outcrops of the Continental Basque Country were worked in 90% of the sites in the Northern Basque Country. In other words, the exploitation area tended to be radial and cover about 100 km2. But this is not the case in Ametzagaina. “They exploited the outcrops on both sides of the Pyrenees, their territory was shaped like a sandglass because it gets thinner across the Bidasoa pass,” pointed out the researcher.

In fact, flint from Chalosse, in the south of Les Landes, was found on the site; it was used to make arrowheads and spears, because the mineral obtained there was of exceptional quality and large format; and they also found flint from Kurtzia on the Biscay coast to the north of Bilbao, and from the Urbasa ridge, in the northwest of Navarre, in addition to what they obtained at the nearby Donostia-San Sebastian site of Gaintxurizketa. But, as Arrizabalaga pointed out, “it was more than their flint territory, it was the area where they hunted, gathered and fished. It was their economic territory.”