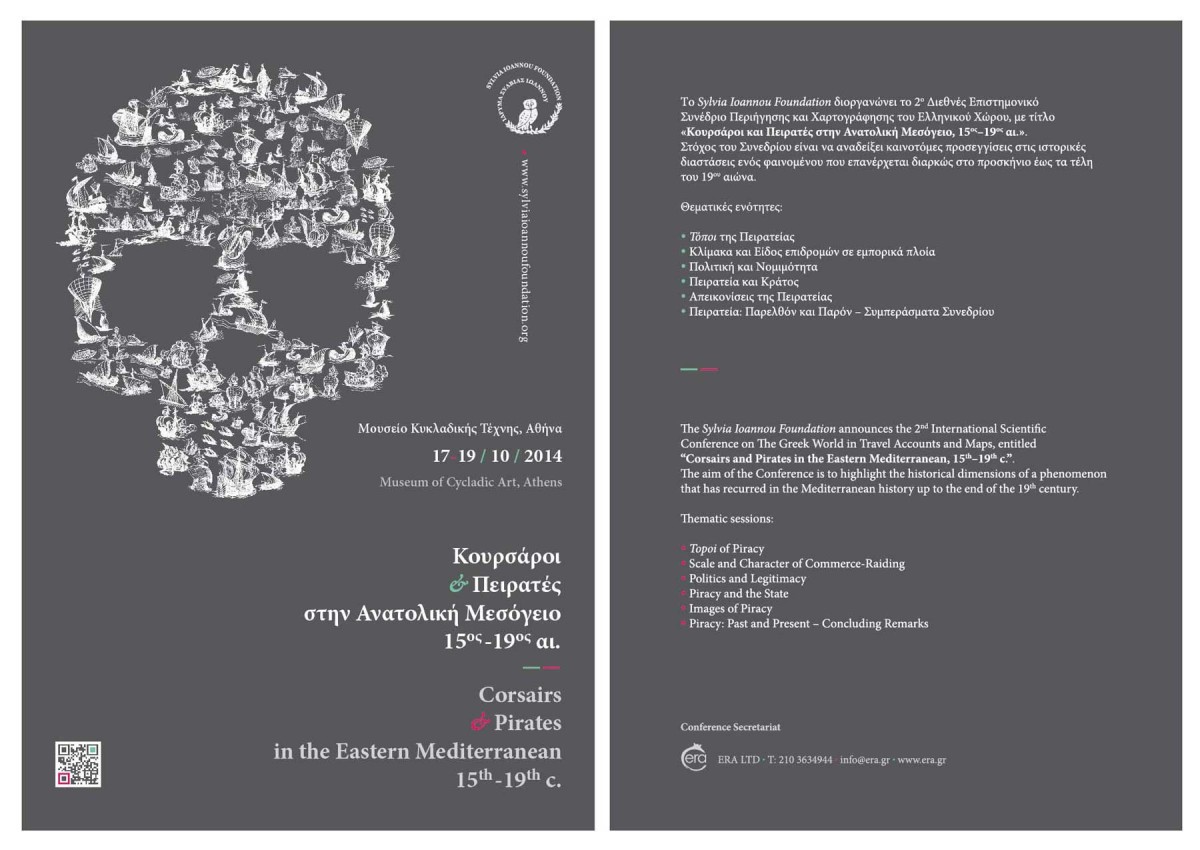 Corsairs and Pirates in the Eastern Mediterranean

“Corsairs and Pirates in the Eastern Mediterranean, 15th–19th c.” is the title of the 2nd International Scientific Conference on The Greek World in Travel Accounts and Maps organized by the Sylvia Ioannou Foundation.

The aim of the Conference, which will take place in October 17-19, 2014 in the Museum of Cycladic Art in Athens, is to highlight the historical dimensions of a phenomenon that has recurred in the Mediterranean history up to the end of the 19th century.

More than 20 scientists and scholars of international repute from six countries (Greece, Cyprus, USA, UK, Malta, Turkey) will shed light to the multidimensional phenomenon of piracy and corsair raids in the Eastern Mediterranean.

The conference will open with the welcoming address by the Director of the Museum of Cycladic Art, Nicholas Chr. Stampolidis. The keynote speech will be delivered by David J. Starkey (Department of History, University of Hull).

At the conference the Proceeding of the 1st International Conference on the Greek World in Travel Accounts and Maps entitled Cyprus on the crossroads of travellers and map-makers from the 15th to 20th century, held in October 18-20, 2012 in Athens, will also be presented.

– Scale and Character of Commerce Raiding

– Piracy and the State

– Piracy: Past and Present – Concluding Remarks