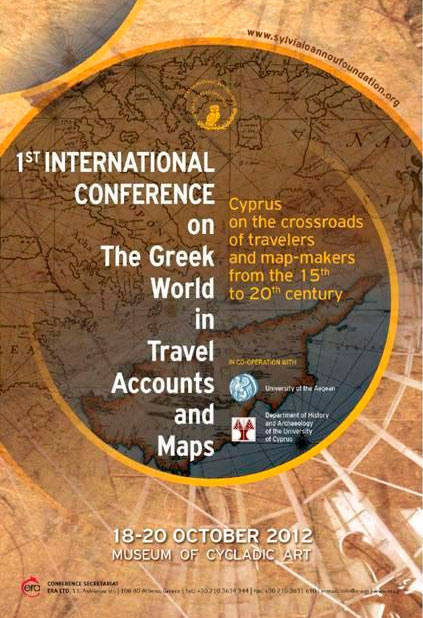 Cyprus on the crossroads of travellers and map-makers

At the Museum of Cycladic Art

The Sylvia Ioannou Foundation 1st international Conference on The Greek World in Travel Accounts and Maps, “Cyprus on the crossroads of travellers and map-makers from the 15th to 20th century” began today at the Museum of Cycladic Art.

The aim of the Conference is to highlight the treasure trove of historical documents devoted to Cyprus and to study their origins and transformations, as well as the consistencies and contrasts of the story of how they were apperceived and imprinted.

Papers focus on travellers’ testimonies, cartographical and geographical accounts, topographical and pictorial imprints of Cyprus, from the 15th to the 20th century. These diverse images, whether narratives or illustrations, make up separate thematic sections and are approached as products of the meeting of civilisations, international competition and the clash between empires in the Eastern Mediterranean in modern times.

• The Images of Cyprus in Early Modern Times: Threads of Tradition

• Cartographical and Travellers’ Collections in the Digital Age