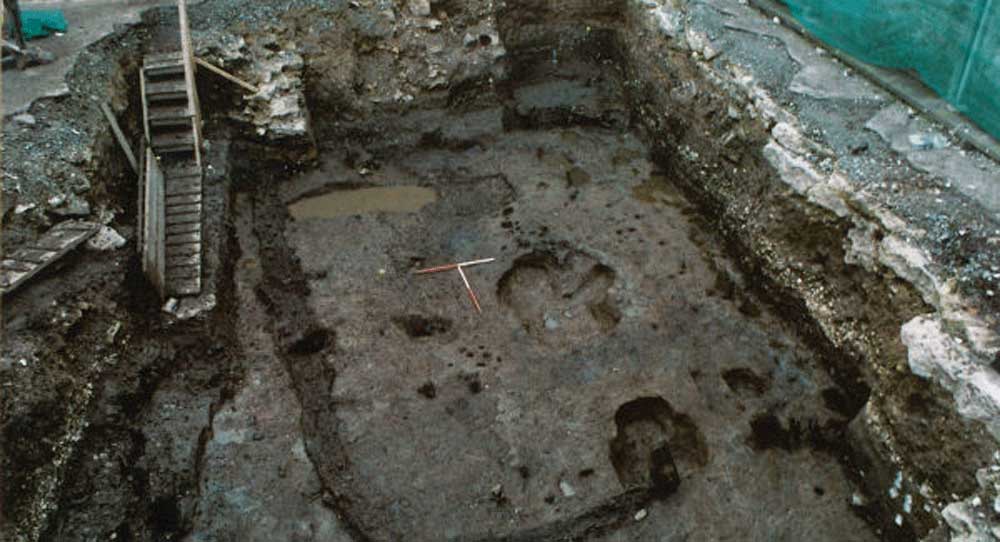 The Vikings were recycling their ships to build on land

They made homes, jetties and man-made islands on marshland

The Vikings were recycling their ships to build on land. This is what archaeologists found out by excavating two sites in Cork, Ireland, both consisting parts of a large, 1,000-year-old settlement.

The settlement, excavated a decade ago (2004-2005) at South Main Street, Cork city, shows evidence that it is the earliest Viking one in the city. Research results in full, however, were published just now, showing in depth the beginnings of Viking presence at Cork. “The results of the excavations are significant as they have added to our knowledge of the formation and development of Cork City,” said archaeologist Ciara Brett.

A house measuring 8 X 5m., dating from 1050 AD, probably represents the earliest attempt of settling the area. Sections of mud and wattle walls, door posts, sections of the bow of a Viking boat, fragments of decorated hair combs, metal artefacts, coins, bronze clothing pins for tying cloaks, shoe leather, fish bones, and scales, and cat skulls are also among the most important finds.

What really impressed the archaeologists, however, were the remains of an 11m. jetty some 3m. to 4m. inside the modern-day quay walls. A broken axe found nearby demonstrated that the wood for the jetty was worked on site. Wood itself seems to come from the settlers’ own long boats, which was, in a way, recycled to support the Vikings’ life once they had found their “promiseland” in Ireland.

Still, their inventiveness did not stop there. They managed to change the area’s whole landscape from a swamp to a series of little islands where their houses were to be built. Clay from the lower harbour had been transported to the area and was then layered to raise the ground level. Large split oak planks (again probably coming from their own boats) were then used, placed through the clay to stabilize the land.

A nice, neat work with total respect for the nature.