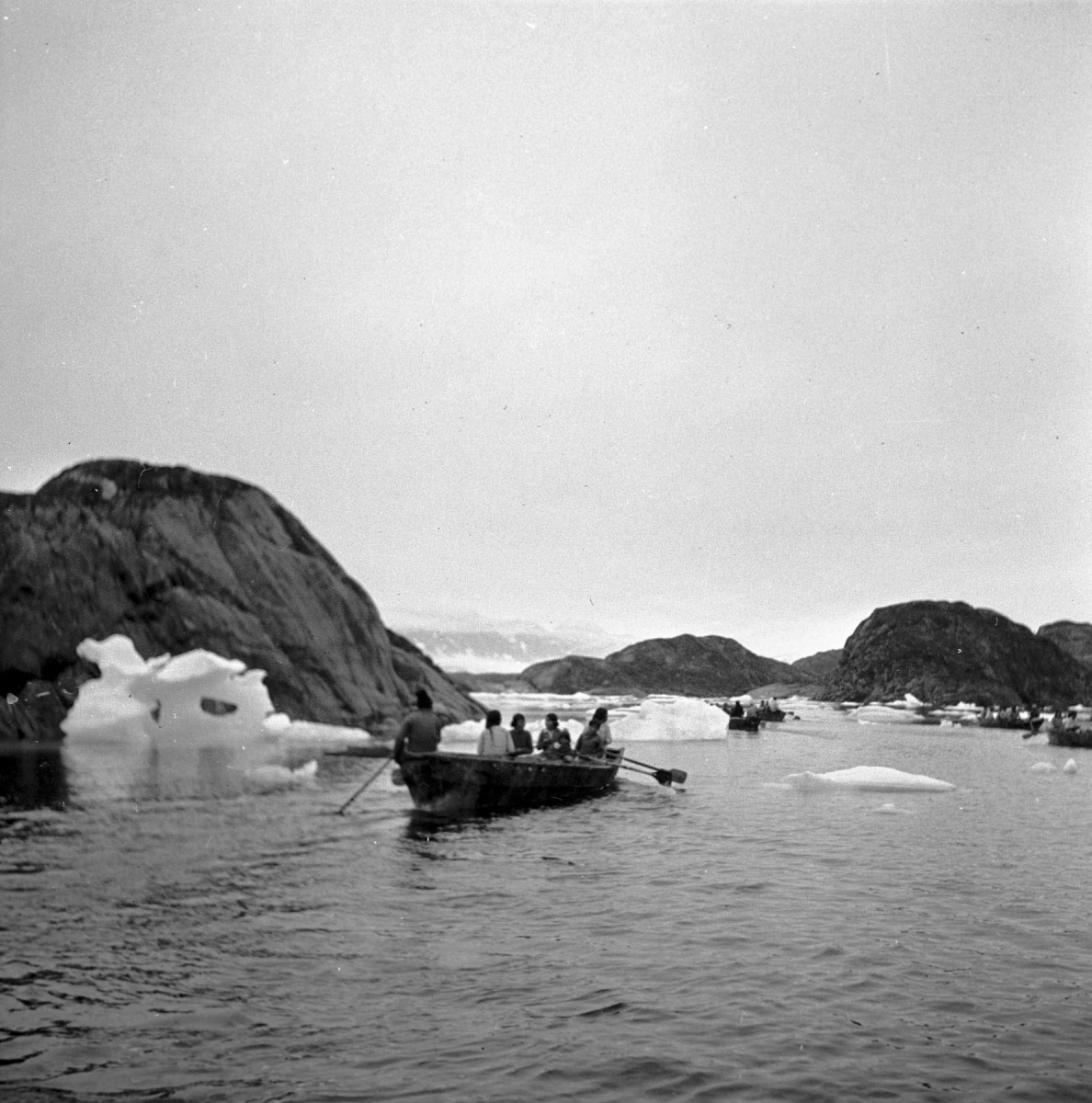 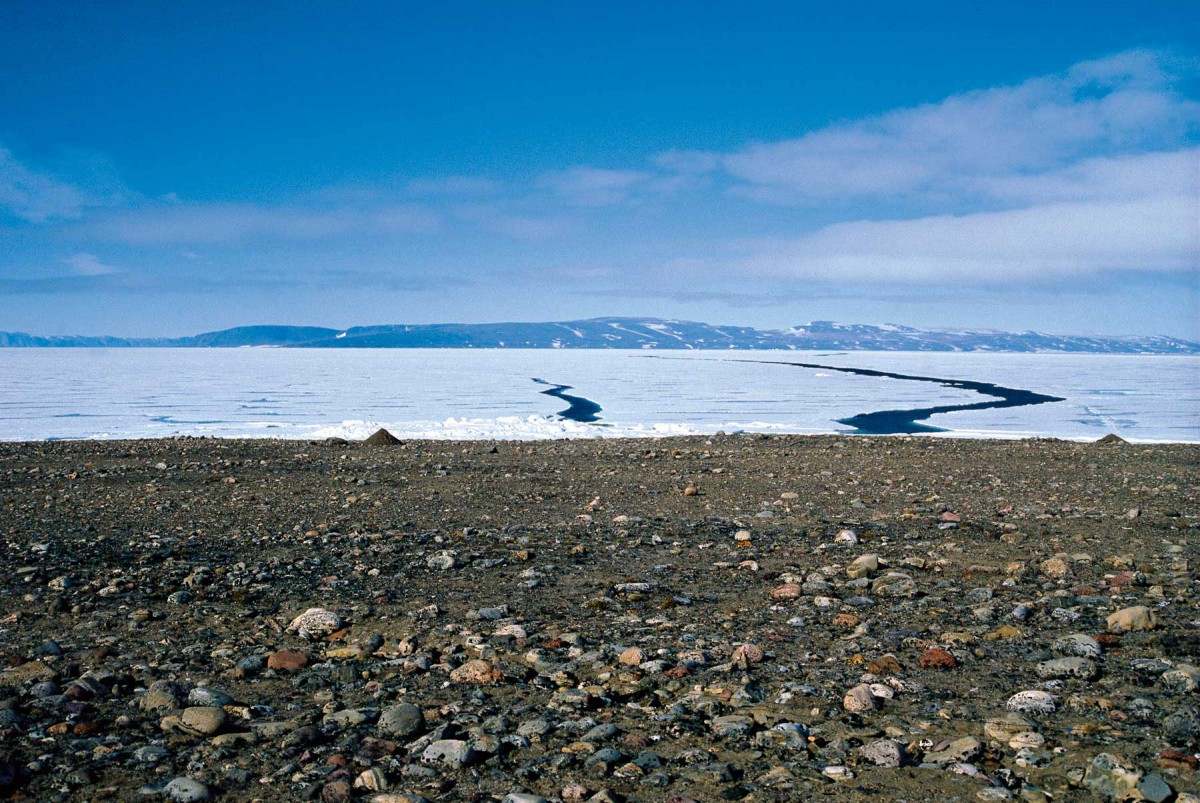 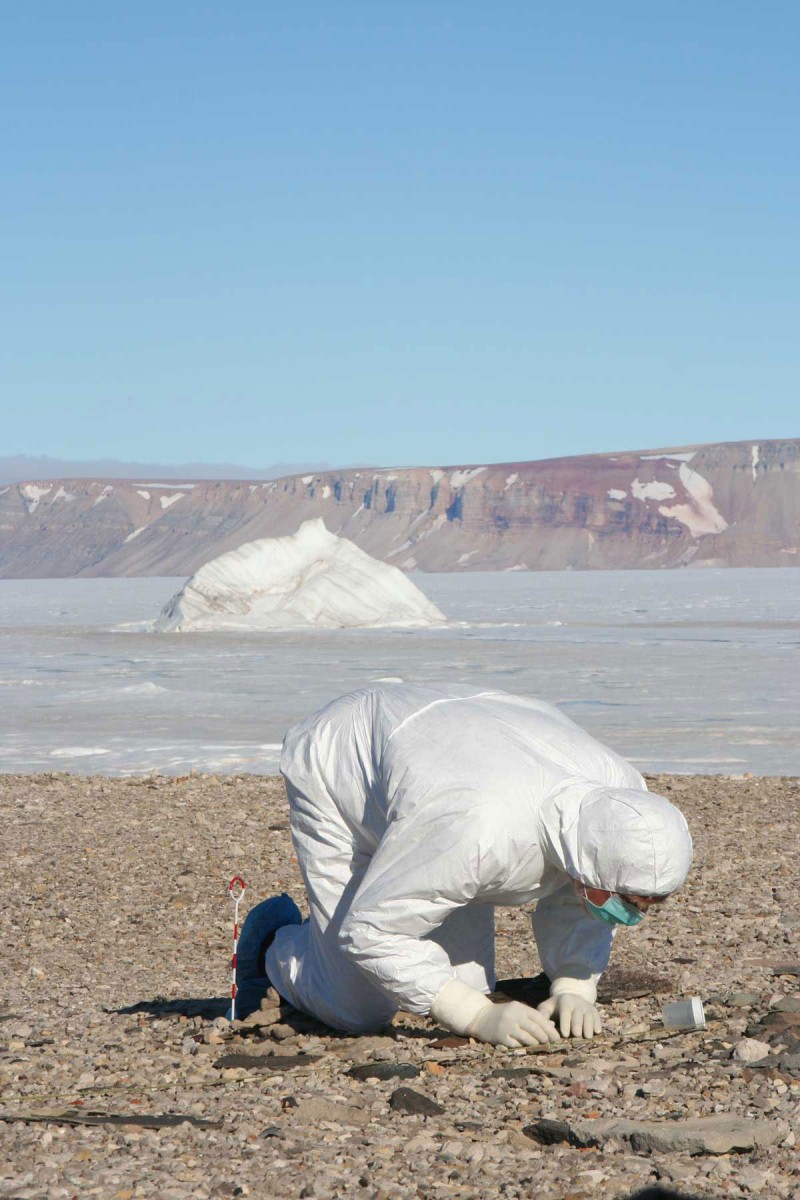 The New World Arctic about 5,000 years ago

We know people have lived in the New World Arctic for about 5,000 years. Archaeological evidence clearly shows that a variety of cultures survived the harsh climate in Alaska, Canada and Greenland for thousands of years. Despite this, there are several unanswered questions about these people: Where did they come from? Did they come in several waves? When did they arrive? Who are their descendants? And who can call themselves the indigenous peoples of the Arctic?

We can now answer some of these questions, thanks to a comprehensive DNA study of current and former inhabitants of Greenland, Arctic Canada, Alaska, the Aleutian Islands and Siberia, conducted by an international team headed by the Centre for GeoGenetics at the Natural History Museum of Denmark, University of Copenhagen. The results have just been published in the leading scientific journal Science.

The North American Arctic was one of the last major regions to be settled by modern humans. This happened when people crossed the Bering Strait from Siberia and wandered into a new world. While the area has long been well researched by archaeologists, little is known of its genetic prehistory. In this study, researchers show that the Paleo-Eskimo, who lived in the Arctic from about 5,000 years ago until about 700 years ago, represented a distinct wave of migration, separate from both Native Americans – who crossed the Bering Strait much earlier – and the Inuit, who came from Siberia to the Arctic several thousand years after the Paleo-Eskimos.

“Our genetic studies show that, in reality, the Paleo-Eskimos – representing one single group – were the first people in the Arctic, and they survived without outside contact for over 4,000 years,” says Lundbeck Foundation Professor Eske Willerslev from Centre for GeoGenetics at the Natural History Museum, University of Copenhagen, who headed the study.

“Our study also shows that the Paleo-Eskimos, after surviving in near-isolation in the harsh Arctic environment for more than 4,000 years, disappeared around 700 years ago – about the same time when the ancestors of modern-day Inuit spread eastward from Alaska,” adds Dr. Maanasa Raghavan of Centre for GeoGenetics and lead author of the article.

Migration pulses into the Americas

In the archaeological literature, distinctions are drawn between the different cultural units in the Arctic in the period up to the rise of the Thule culture, which replaced all previous Arctic cultures and is the source of today’s Inuit in Alaska, Canada and Greenland. The earlier cultures included the Saqqaq or Pre-Dorset and Dorset, comprising the Paleo-Eskimo tradition, with the Dorset being further divided into three phases. All of these had distinctive cultural, lifestyle and subsistence traits as seen in the archaeological record. There were also several periods during which the Arctic was devoid of human settlement. These facts have further raised questions regarding the possibility of several waves of migration from Siberia to Alaska, or perhaps Native Americans migrating north during the first 4,000 years of the Arctic being inhabited.

“Our study shows that, genetically, all of the different Paleo-Eskimo cultures belonged to the same group of people. On the other hand, they are not closely related to the Thule culture, and we see no indication of assimilation between the two groups. We have also ascertained that the Paleo-Eskimos were not descendants of the Native Americans. The genetics reveals that there must have been at least three separate pulses of migration from Siberia into the Americas and the Arctic. First came the ancestors of today’s Native Americans, then came the Paleo-Eskimos, and finally the ancestors of today’s Inuit,” says Eske Willerslev.

The genetic study underpins some archaeological findings, but not all of them.

It rejects the speculation that the Paleo-Eskimos represented several different peoples, including Native Americans, or that they are direct ancestors of today’s Inuit. Also rejected are the theories that the Greenlanders on the east coast or the Canadian Sadlermiut, from Southampton Island in Hudson Bay, who died out as late as 1902-03, were surviving groups of Dorset people. Genetics shows that these groups were Inuit who had developed Dorset-like cultural traits.

The study clearly shows that the diversity of tools and ways of life over time, which in archaeology is often interpreted as a result of migration, does not in fact necessarily reflect influx of new people. The Paleo-Eskimos lived in near-isolation for more than 4,000 years, and during this time their culture developed in such diverse ways that it has led some to interpret them as different peoples.

“Essentially, we have two consecutive waves of genetically distinct groups entering the New World Arctic and giving rise to three discrete cultural units. Through this study, we are able to address the question of cultural versus genetic continuity in one of the most challenging environments that modern humans have successfully settled, and present a comprehensive picture of how the Arctic was peopled,” says Dr. Raghavan.

The study was unable to establish why the disappearance of the Paleo-Eskimos coincided with the ancestors of the Inuit beginning to colonise the Arctic. There is no doubt that the Inuit ancestors – who crossed the Bering Strait about 1,000 years ago and reached Greenland around 700 years ago – were technologically superior.

The Inuit’s own myths tell stories of a people before them, which in all likelihood refer to the Paleo-Eskimos. In the myths, they are referred to as the ‘Tunit’ or ‘Sivullirmiut’, which means “the first inhabitants”. According to these myths they were giants, who were taller and stronger than the Inuit, but easily frightened from their settlements by the newcomers.

Co-author Dr. William Fitzhugh from the Arctic Studies Centre at the Smithsonian Institution says: “Ever since the discovery of a Paleo-Eskimo culture in the North American Arctic in 1925, archaeologists have been mystified by their relationship with the Thule culture ancestors of the modern Inuit. Paleo-Eskimo culture was replaced rapidly around AD 1300-1400, their only traces being references to ‘Tunit’ in Inuit mythology and adoption of some elements of Dorset technology. This new genomic research settles outstanding issues in Arctic archaeology that have been debated for nearly a century, finding that Paleo-Eskimo and Neo-Eskimo people were genetically distinct, with separate origins in Eastern Siberia, and the Paleo-Eskimo remained isolated in the Eastern Arctic for thousands of years with no significant mixing with each other or with American Indians, Norse, or other Europeans.”