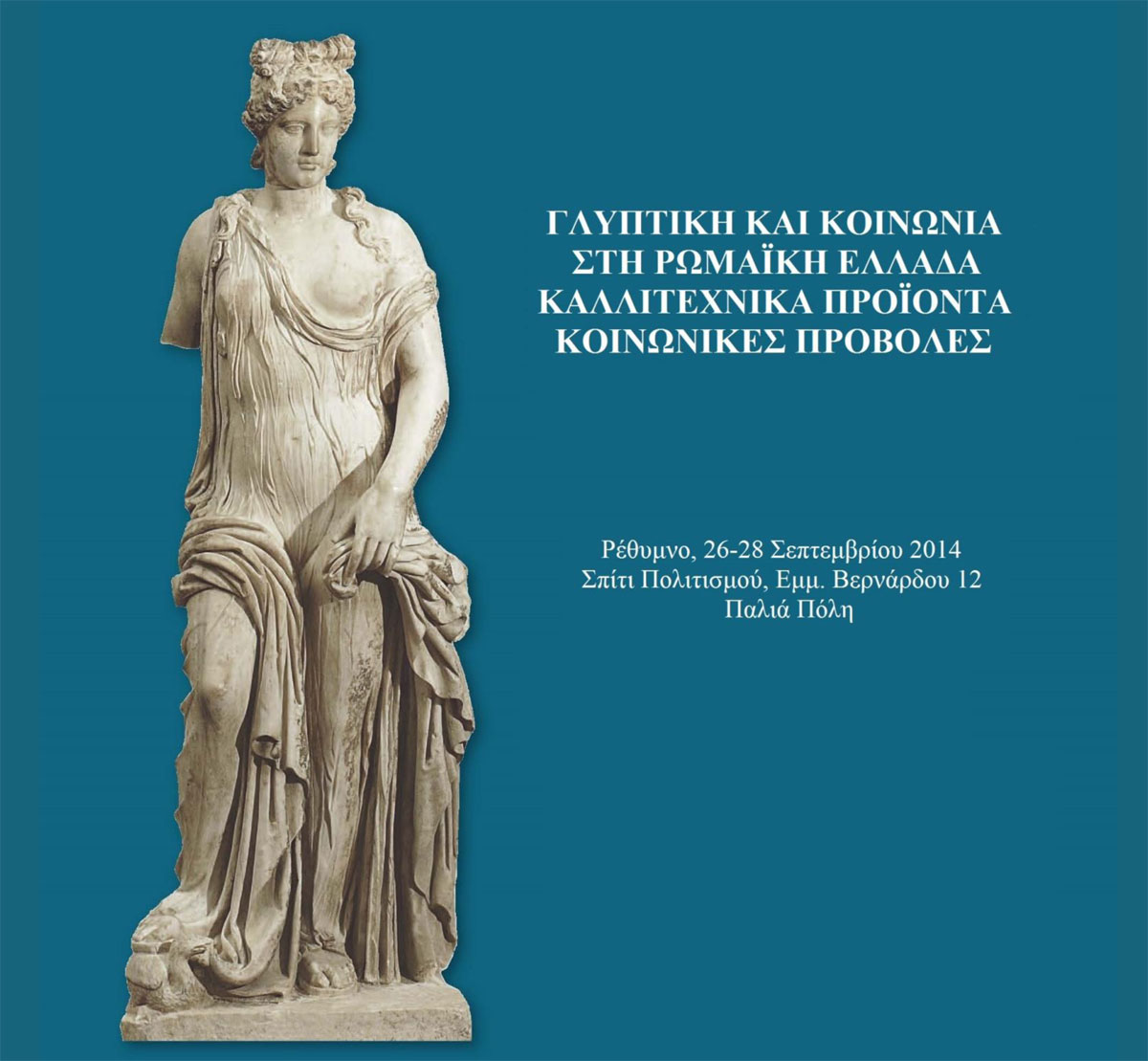 Sculpture and Society in Roman Greece

Following the international conference on “Classical tradition and innovative elements in the sculpture of Roman Greece” held in Thessaloniki in May 2009, a second, related, conference will take place in Rethymnon on 26-28 September 2014.

The first conference was organized in the knowledge the study of Roman sculpture in Greece still has a great way to go, for despite the wealth and quality of the surviving monuments it has never been undertaken systematically. The response from the academic community to that first conference and the subsequent publication of its proceedings suggests that, current adverse conditions in Greece notwithstanding, it is most definitely worth organizing a second meeting on a related topic.

This meeting will focus on the study of sculptural monuments within the geographical territory of modern Greece from the beginning of the Roman era (2nd c. BC) to Late Antiquity (5th c. AD). The papers that will be presented are expected to contribute to the advancement of two main questions.

1. The question of the workshops and their artistic production. Several of the presentations at the first conference highlighted the importance of specific local workshops, carrying research beyond its interest in Attic sculpture, which, naturally, was until recently predominant in the study of Roman Greece. The conference’s organizers think that this is an area where there is much room for further investigation of matters relating to the particular characteristics of the local workshops and their relation to or dependence on those of Athens, Asia Minor and Rome itself.

2. The question of the social role of sculpture in the context of the cities. Some of the pieces that will be presented can perhaps be seen, through their contexts, as projections of social activity and evidence of social status within the public or private sphere of a city. The organizers hope to see some presentation and interpretation of sculpture from Roman colonies, which would permit comparison with works from other Greek cities.

As with the first conference, the proceedings will be published in book form.