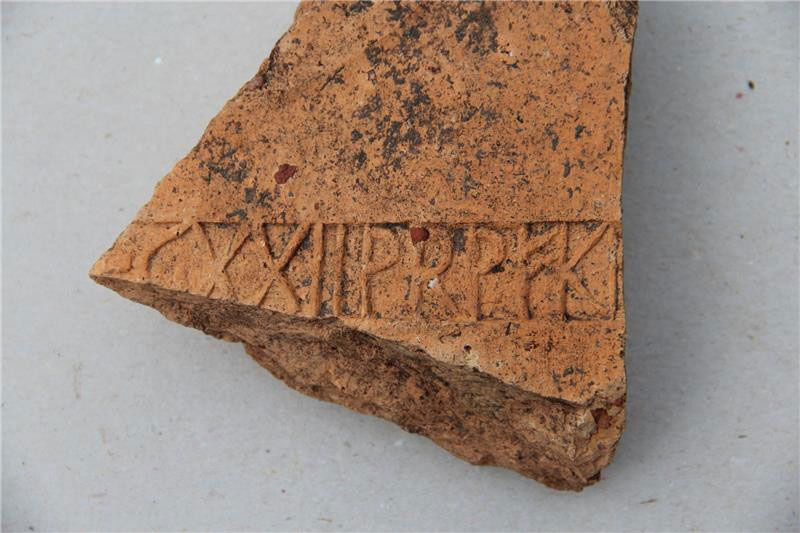 A first-century Roman fort was discovered in Gernsheim (southern Germany) by archaeologists from the Goethe University of Frankfurt in the course of an educational dig. A troop unit of ca. 500 soldiers was stationed there between 70/80 and 110/120 AD. As the soldiers of the cohort dismantled the fort and filled in the ditches when they abandoned it, a lot of well-preserved waste  was left behind.

“A bonanza for us” said Prof. Dr. Hans-Markus von Kaenel from the Goethe University Institute of Archaeology. The archaeologists filled “box after box” with fine, coarse and transport ceramics. After dating these artifacts experts will be able to say when the fort was abandoned.

The settlement in Roman Gernsheim had been based on a fort “since it was customary for the families of the soldiers to live outside the fort in a village-like settlement” explained head of excavations Dr. Thomas Maurer.

The findings of the excavations will allow archaeologists to reconstruct the history of the Hessian Ried during Roman Times.

The fact that Gernsheim am Rhein was very important during Roman times is supported by its favourable location for travel: A road branches off from the Mainz – Ladenburg – Augsburg highway in the direction of the Main Limes. One can assume that a Rhine harbour existed as well, but this couldn’t be verified during the course of this dig.