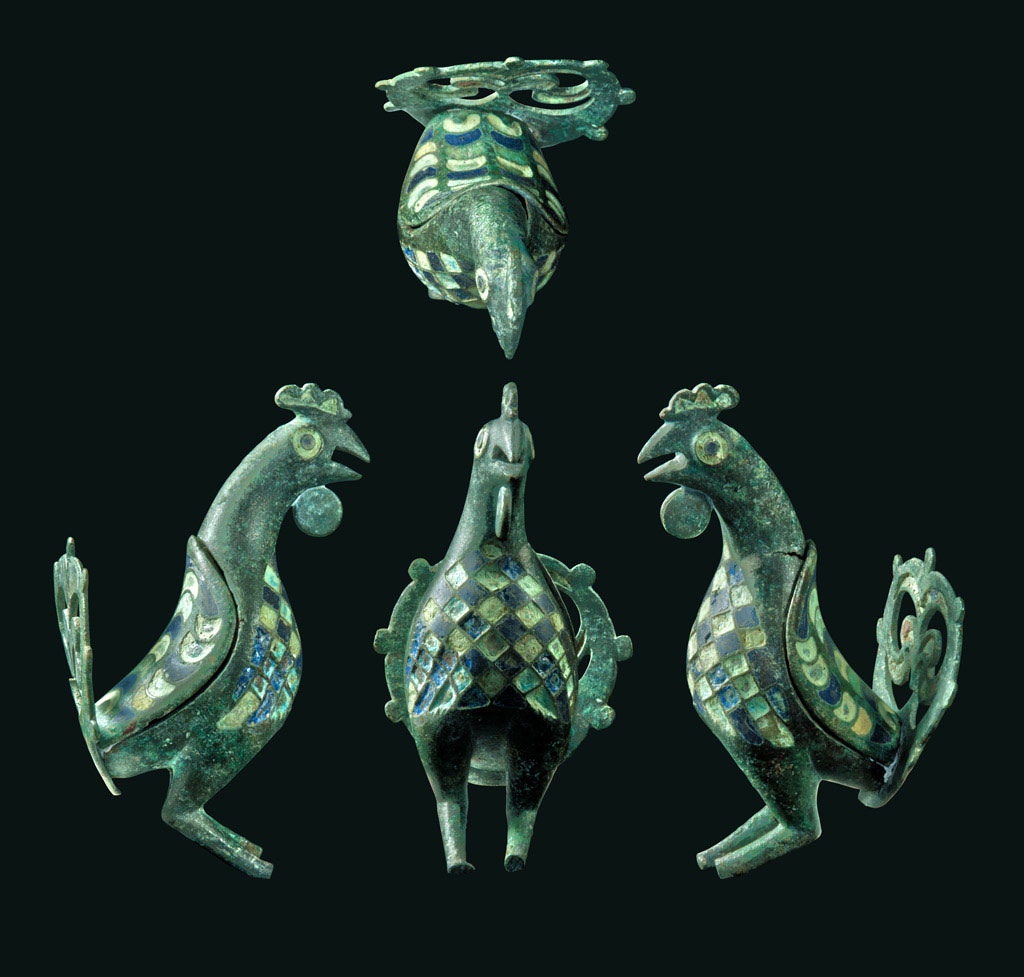 On the occasion of its upcoming exhibition at the Corinium Museum, UK

According to an announcement of Cotswold Archaeology, the Cirencester cockerel will go on display at the Corinium Museum this month.

The Cirencester cockerel is a colorful, enameled bronze figurine of a young rooster discovered in a child’s grave in 2011.

As reported in Cotswold Archaeology: “In November 2011 Cotswold Archaeology excavated part of the western cemetery of Roman Cirencester in advance of development on the old Bridges Motors garage site in Tetbury Road. (…) Much to everyone’s surprise 70 Roman burials were found, including one quite extraordinary one. This was the grave of a 2 to 3 year-old child of unknown sex. The child was buried wearing hobnailed shoes and was accompanied by a pottery feeding vessel and a remarkable enamelled bronze figurine of a cockerel. The cockerel stands 125mm high and the breast, wings, eyes and ‘comb’ are inlaid with enamel, which now appears blue and green. There is a separately moulded tail plate, also enamelled, with ‘openwork’ decoration. The beak is shown open, in the act of crowing”.

The artifact is rare as only eight similar figurines are known from the Roman world. This particular one is the only one from Britain to have come from a grave and also the only one that has its openwork tail. Britain crafted some of the finest enameled objects in the Roman Empire and traded them with Germany, France, Spain and Italy.

Cockerels had a special significance to the Romans, as they were linked to the cult of the god Mercury.  As Mercury was the “herdsman for the dead” guiding the souls of the newly deceased to the afterlife, the figurine may have been placed in the child’s coffin to ensure safe transit into the after world.