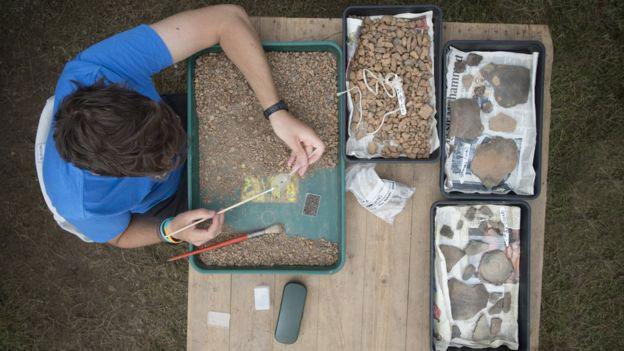 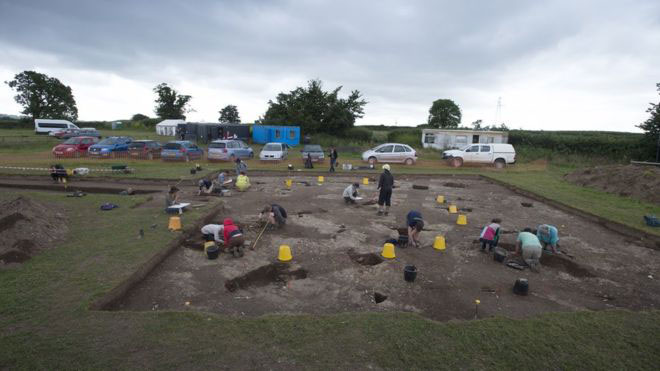 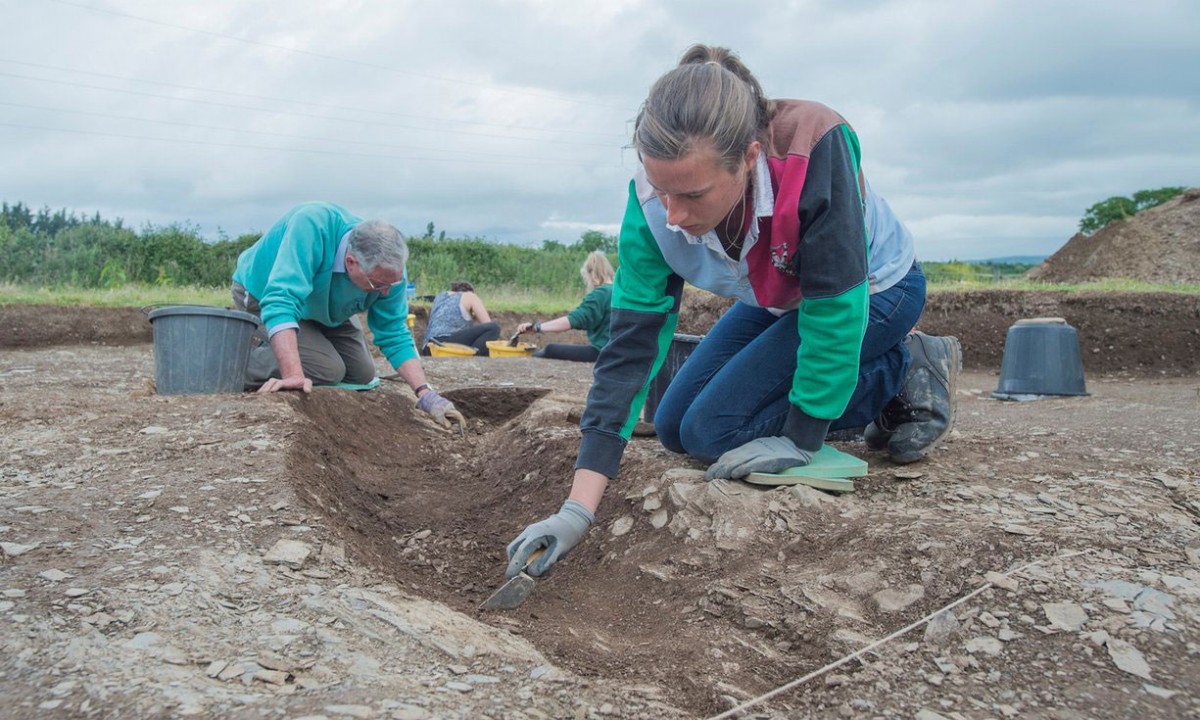 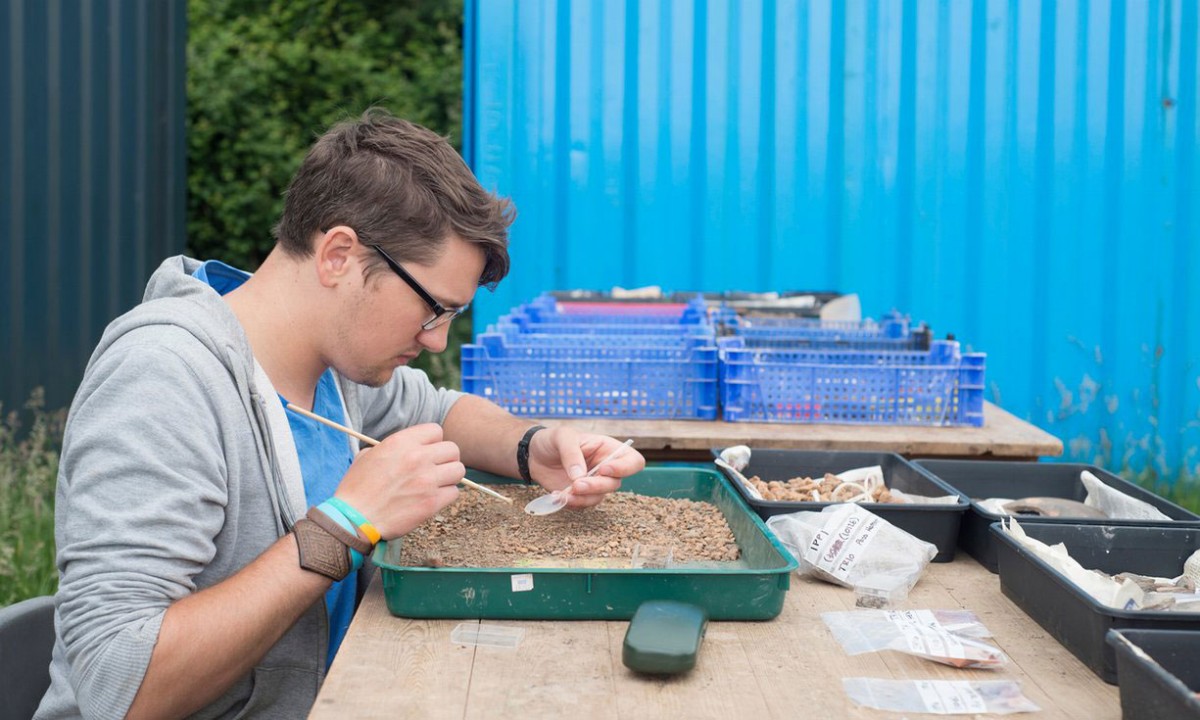 Evidence shows they extended past Exeter

A team of archaeologists, students and local volunteers have unearthed evidence of a Romano-British settlement in a rural Devon village.

The discovery of a Romano-British settlement in Rural Devon, UK, indicates that it was part of the Roman empire, unlike what was previously thought.

The discovery was made at Ipplepen, about 20 miles southwest from Exeter. Excavations this year started about two weeks ago by the Ipplepen Archaeological Project, involving the University of Exeter, the Portable Antiquities Scheme run by the British Museum, Devon County Council and Cotswold Archaeology.

Until recently archaeologists thought that the influence of ancient Rome did not extend beyond Exeter. However, two amateurs with metal detectors found the first batch of Roman coins, in 2009. Since then digs at the site in Ipplepen have uncovered more coins, a stretch of Roman road complete with wheel ruts, as well as pot holes which had been repaired, demonstrating that it had been well used and maintained, and fragments of storage vessels from France and the Mediterranean.

The dig was continued and evidence of an Iron Age settlement were discovered, including several large circular shaped water drains (ring ditches), often dug around Iron Age houses. Excavators also found archaeological features and plenty of pottery, either Roman and therefore imported or locally made, indicating links of the locals with the Roman Empire.

The finds shed new light on how the county’s inhabitants lived during the Roman period. Until now little evidence of the Romans had been found outside of Exeter and it had been thought that rural areas had not been particularly affected by Roman influence.

Danielle Wootton, who is the Devon Finds Liaison Officer for the Portable Antiquities Scheme, said: ‘The presence of these kinds of vessels demonstrates that the people living here were at least influenced in some way by the Romans – they have adopted Romanised ways of eating and drinking which shows that at least some of the locals developed a taste for Mediterranean products such as wine and olives.

“However, the settlement is still puzzling as it does not really compare to other known Romano-British settlements in neighbouring counties to the east such as Somerset, Dorset and Wiltshire. Sites from those counties produce much more finds such as coins and brooches and a greater amount of pottery.

“We are wondering whether the Dumnonii, the tribe who lived in the area now known as Devon, still retained their traditional identity rather than becoming entirely Romanised.”

This pattern is also reflected in the team’s research into the crops being grown during the Roman period.

Landscape archaeologist Professor Stephen Rippon, the project’s lead academic, said: “Environmental evidence shows a distinctive pattern of arable cultivation in Devon which is different to the rest of lowland Britain. The areas further east were growing huge amounts of wheat, probably to supply the Roman army with bread. But environmental analysis from Ipplepen and other sites in the South West has shown that, although some wheat was being grown, there were extensive areas of other crops such as oats and barley being cultivated.”

There will be a free public open day on Saturday, 25 June where visitors can come and see the finds, as well as talks and re-enactments, an event organised every year at the site.

Danielle Wootton said: ‘The local community are very supportive of the project and really interested in our research. Our open day last year saw 930 visitors in just six hours and our visitor centre at the Hub received over 500 visitors- it’s great to be able to involve the community. Until recently, who would have thought that Ipplepen village was once ‘plugged in’ to the Roman empire?”