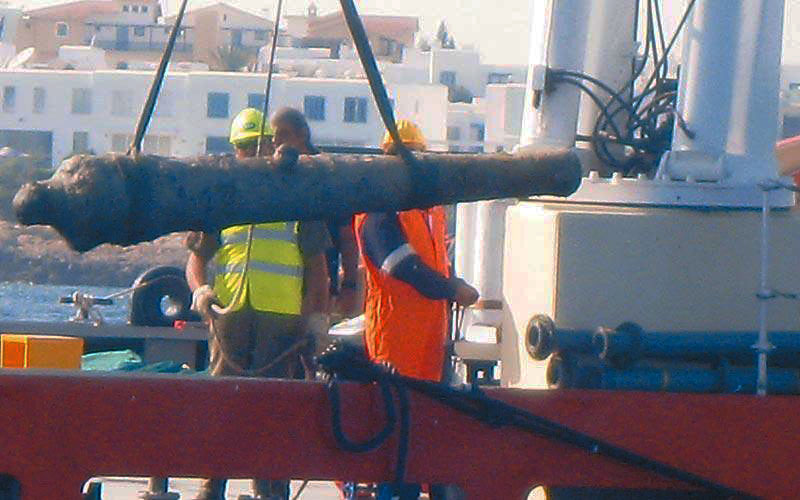 Three kilometres from the “Nissia” area in Protaras

On Sunday an Ottoman period cannon was recovered from an ancient shipwreck about three kilometres from the “Nissia” area in Protaras of the Paralimni Municipality (Cyprus).

This was one of the three cannons found on the old vessel, which according to archaeologists dates back to the time Cyprus was under Ottoman rule. However this does not mean that the ship belonged to the Ottoman Empire.

Paralimni’s earliest residents had established the Lefkola settlement at the coast of modern Protaras, one of ancient Salamis’s most important suburbs. The settlement was later moved inland to avoid pirate attacks.

Vessels with dozens of passengers watched the hour-long recovery of the cannon, as divers hooked the cannon on a crane aboard a special ship.

The cannon’s emergence above the surface was welcomed with their sirens and cheers. Thus a piece of history was retrieved from the past, emerging before the gathered people’s eyes. Unfortunately, according to the archaeologists, the wreck of the warship was looted and the cannons were left behind because the mongers could not carry them.