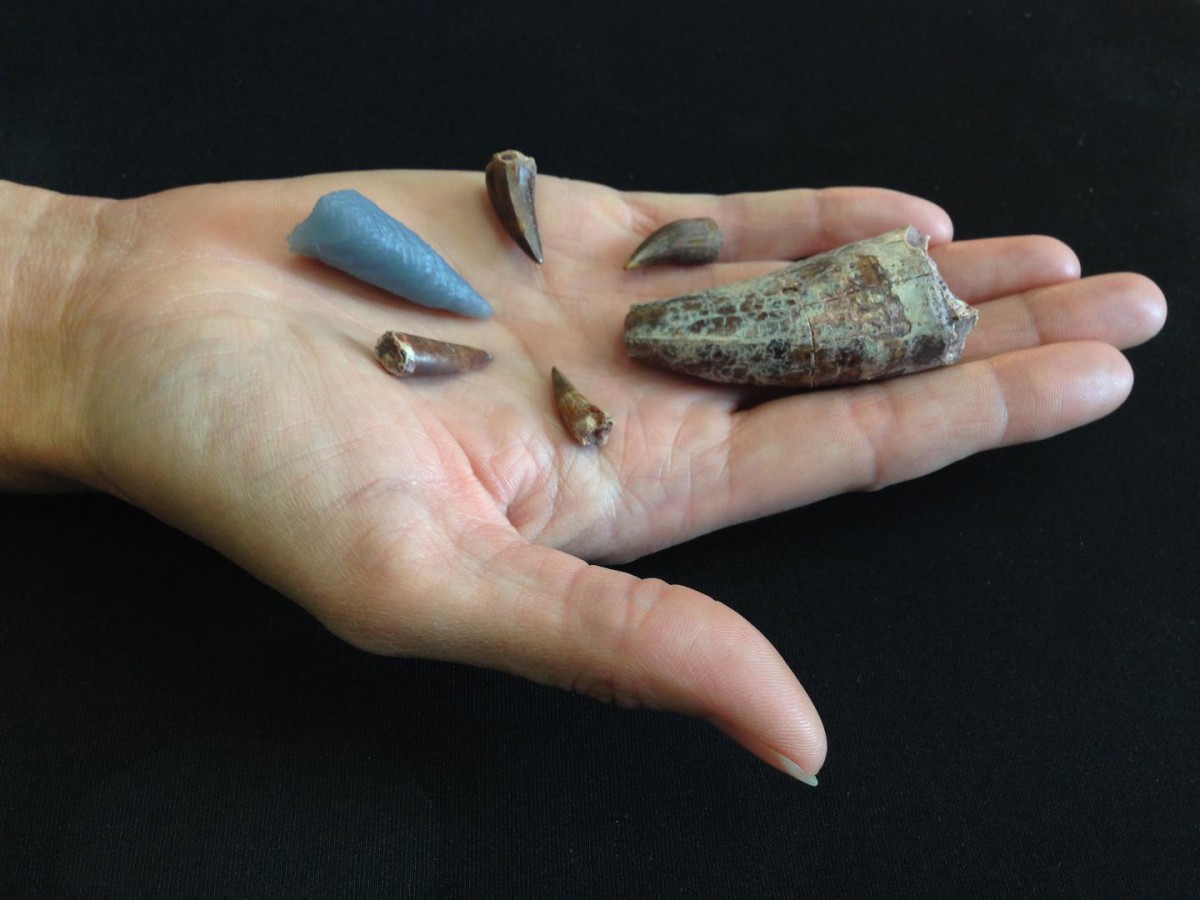 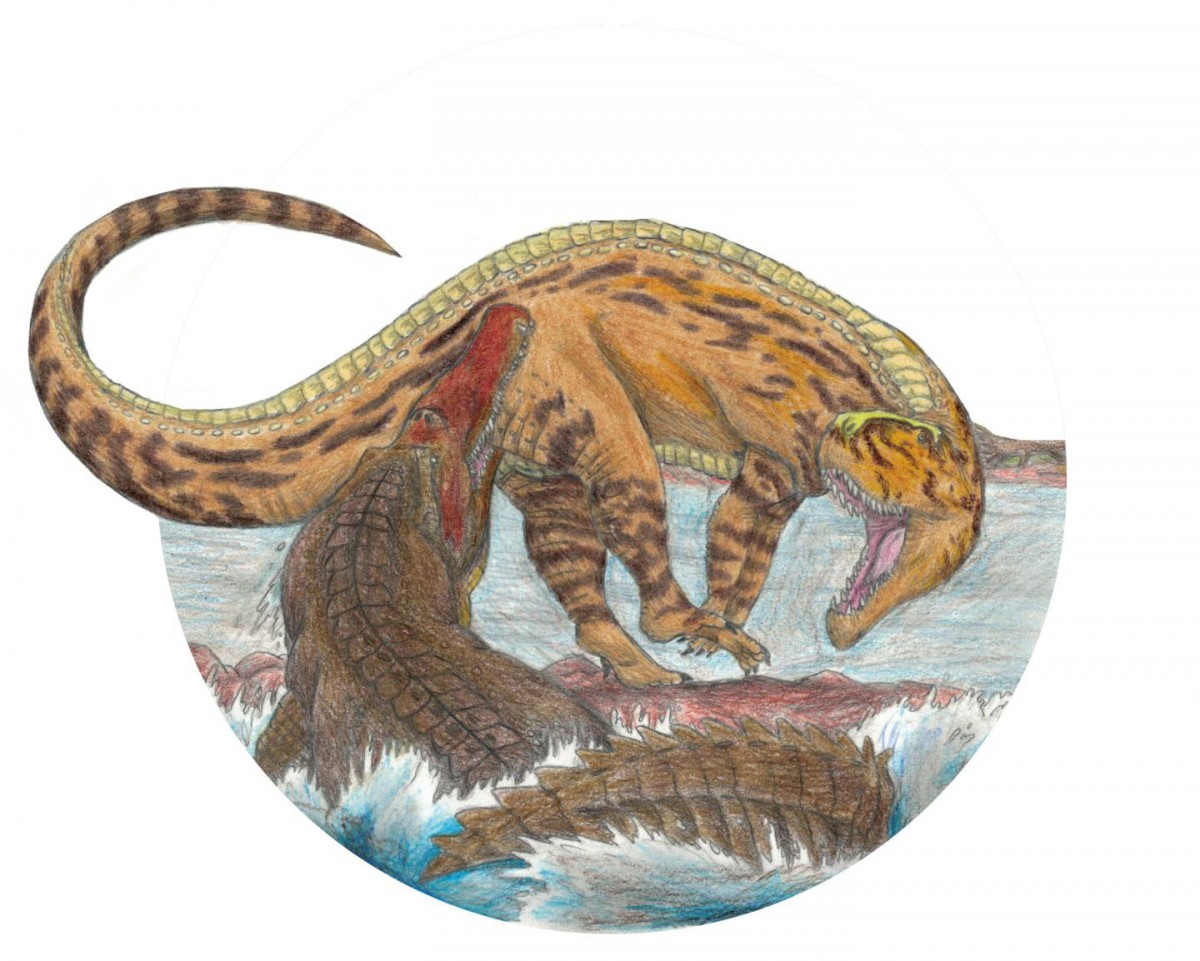 A tooth challenges beliefs about how ancient reptiles lived

At the beginning of the age of dinosaurs, gigantic reptiles — distant relatives of modern crocodiles — ruled the earth. Some lived on land and others in water and it was thought they didn’t much interact. But a tooth found by a University of Tennessee, Knoxville, researcher in the thigh of one of these ancient animals is challenging this belief.

Stephanie Drumheller, an earth and planetary sciences lecturer, and her Virginia Tech colleagues Michelle Stocker and Sterling Nesbitt examined 220-million-year-old bite marks in the thigh bones of an old reptile and found evidence that two predators at the top of their respective food chains interacted—with the smaller potentially having eaten the larger animal.

The evidence? A tooth of a semi-aquatic phytosaur lodged in the thigh bone of a terrestrial rauisuchid. The tooth lay broken off and buried about two inches deep in bone and then healed over, indicating that the rauisuchid, a creature about 25 feet long and 4 feet high at the hip, survived the initial attack.

“To find a phytosaur tooth in the bone of a rauisuchid is very surprising. These rauisuchids were the largest predators in their environments. You might expect them to be the top predators as well, but here we have evidence of phytosaurs, who were smaller, semi-aquatic animals, potentially targeting and eating these big carnivores,” said Drumheller.

To study the tooth without destroying the bone, the team partnered computed tomographic (CT) data with a 3D printer and printed copies of the tooth. This, along with an examination of the bite marks, revealed a story of multiple struggles. The team found tissue surrounding bite marks illustrating that the rauisuchid was attacked twice and survived. Evidence of crushing, impact and flesh-stripping but no healing showed the team that the animal later died in another attack.

The tooth that was left behind revealed who was guilty of the attacks.

“Finding teeth embedded directly in fossil bone is very, very rare,” said Drumheller of the bone obtained from the University of California Museum of Paleontology in Berkeley. “This is the first time it’s been identified among phytosaurs, and it gives us a smoking gun for interpreting this set of bite marks.”

The findings also suggest previous distinctions between water- and land-based food chains of this time, the Late Triassic Period, might be built upon mistaken assumptions made from fossil remains.

“This research will call for us to go back and look at some of the assumptions we’ve had in regard to the Late Triassic ecosystems,” Stocker said. “The aquatic and terrestrial distinctions made were oversimplified, and I think we’ve made a case that the two spheres were intimately connected.”

The research also calls into question the importance of size in a fight.

“Both of the femora we examined came from some of the physically largest carnivorous species present at both locations. Yet they were targeted by other members of the region—specifically phytosaurs,” said Drumheller. “Thus, size cannot be the only factor in determining who is at the top of the food chain.”

NOTES
1. University of Tennessee at Knoxville