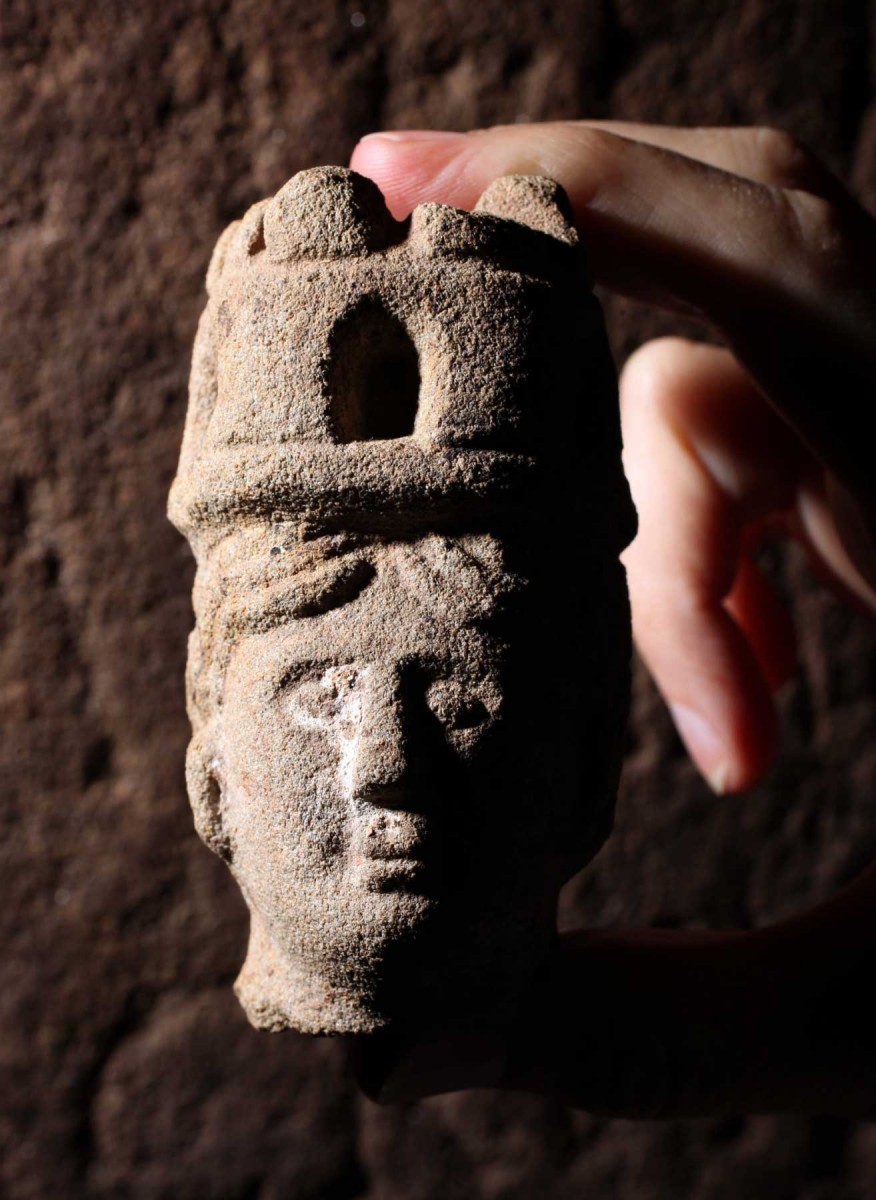 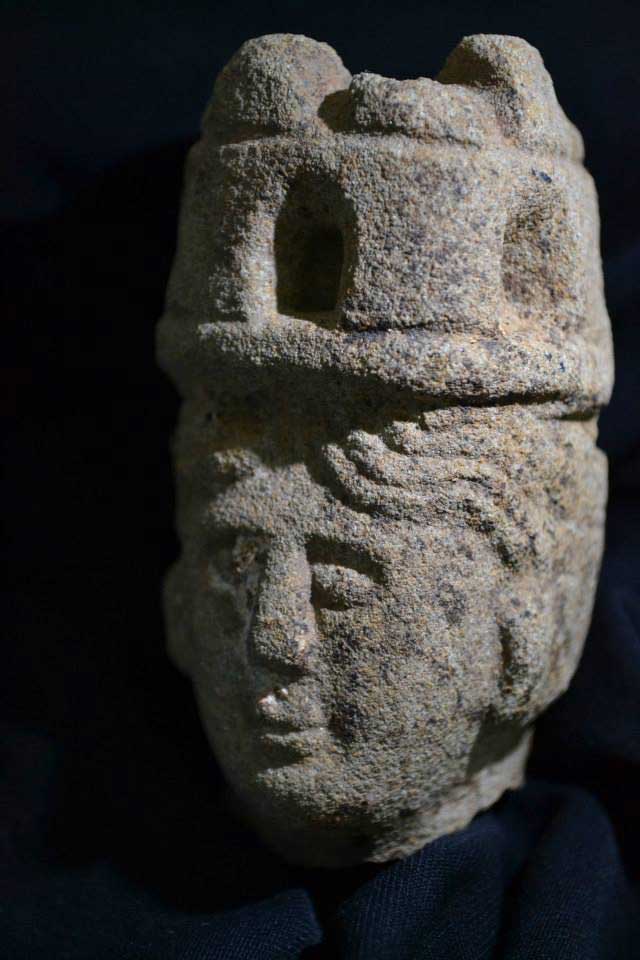 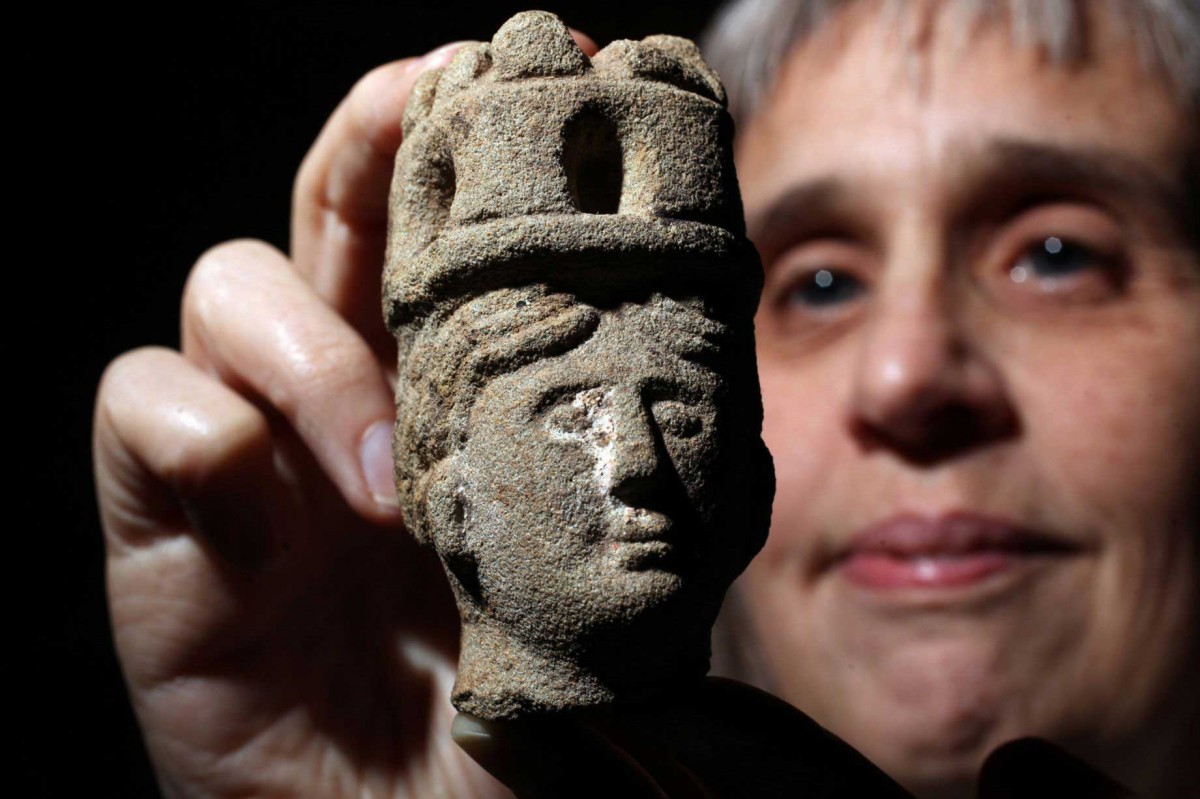 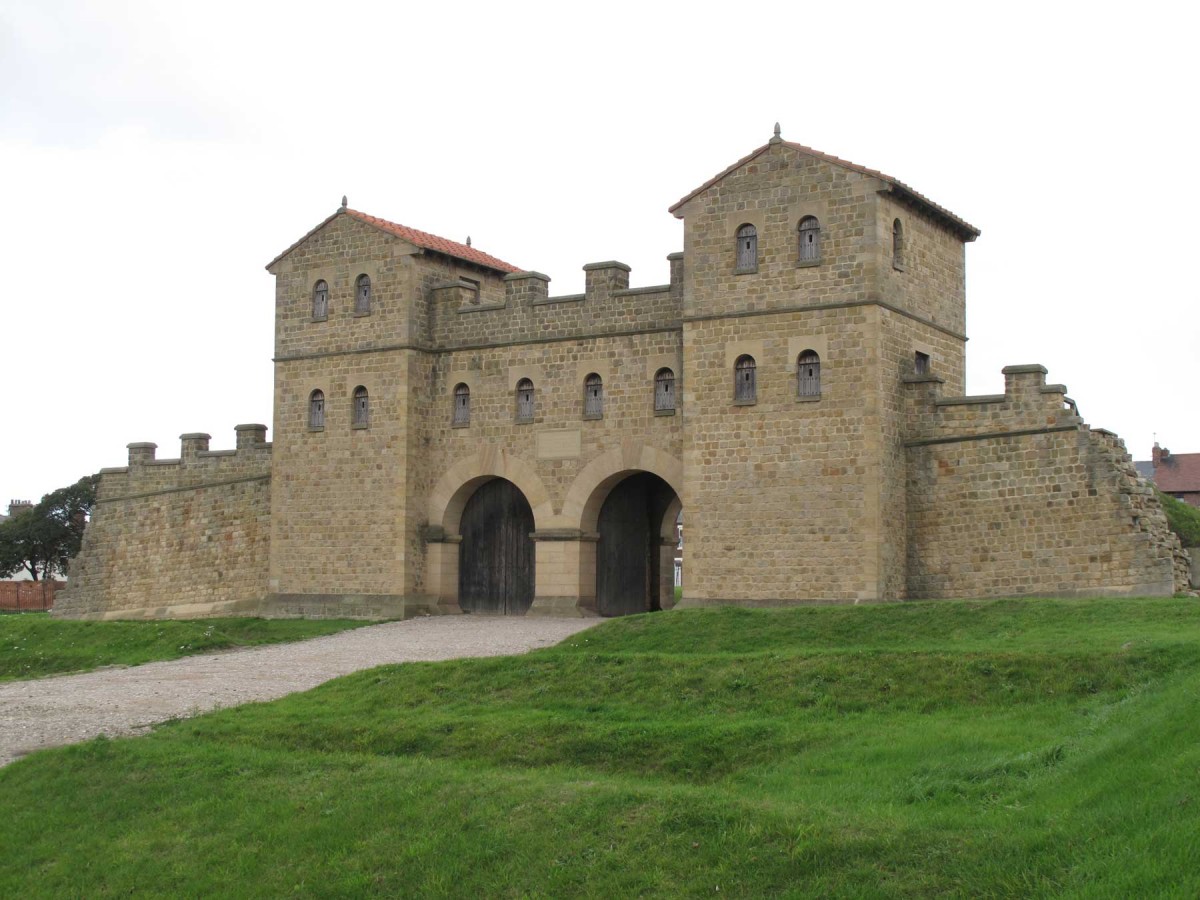 A small, finely carved head of a goddess which is believed to date back to the 2nd century AD was discovered by a WallQuest volunteer digging at Arbeia Roman fort, situated at the eastern end of Hadrian’s Wall.

2014 has seen a number of significant discoveries by the community archaeology project WallQuest across their excavations, but one volunteer may have just discovered a northern goddess in the heart of South Shields.

The discovery was made in an aqueduct channel that was filled in about AD 208 to make way for the enlargement of the Roman fort at Arbeia when it became a supply base.

The find is a small, finely carved female head which is believed to date back to the second century AD and stands at 8cm high. Every part is delicately carved including eyes, nose, mouth and hairstyle with traces of pink paint on the statue’s face as well as a bit of red on her lips.

Most significantly the head wears a mural crown which is a crown in the form of a town wall with battlements. This means she is a protecting goddess, and experts believe it is possibly the goddess of the Brigantes, the tribe that inhabited northern Britain during Roman times.

Brigantia was known to have been worshipped in South Shields, with an altar dedicated to her found at Arbeia in 1895 only 100m away from this recent discovery. There was also a statue of Brigantia found near Dumfries in 1731 which also wears the mural crown.

These finds seem to suggest that there may have been a shrine to Brigantia – the northern goddess – somewhere close to the present excavation site at Arbeia. It seems that the shrine got in the way of the extension to the fort and was demolished meaning the statue was broken up.

Nick Hodgson, WallQuest Project Manager, said: ‘This is a wonderful find.  Northern Britain was a dangerous place for the Roman army in the second century AD. If the goddess is Brigantia it shows how keen the Romans were to placate the spirits of the region’.

The head will go on display at Arbeia Roman Fort & Museum after conservation work in spring 2015 when the museum reopens for the 2015 season. WallQuest will also return to the excavation sites at Arbeia in spring and members of the public are encouraged to come forward and volunteer for the project as they continue their quest to locate the missing parts of the puzzle.

Pictures of the find and the dig will be shown at a day conference at the Customs House, South Shields, on 15 November 2014.